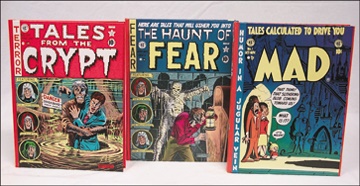 Elegant 9xl2" bound volumes are a treasury of the greatest comic books ever created. From EC Publications, the brainchild of the immortal William H. Gaines. The greatest artists and writers in comic history teamed up there. A victim of the McCarthyism era of comics spearheaded by Dr. Frederic Wertheim and his piece of trash the Seduction of the Innocent. These magnificent volumes were published by Russ Cochran in 1983. There are a total of fifty-three volumes brilliantly reproduced with their covers in full color. This is the original b/w version done so as to accentuate the beautiful artwork. This set has been sold out for many years. It includes every issue of the following publications from pre-trend to post- trend including MAD, Two-Fisted Tales, Weird Science-Fantasy, Vault of Horror, Haunt of Fear, Weird Fantasy, Tales From The Crypt, Panic, Frontline Combat, Crime Suspenstories and Weird Science. Artists include such luminaries as Frank Frazetta, Al Feldstein, Graham Ingels, Bernie Krigstein, Johnny Craig, Wally Wood, Jack Davis, and Harvey Kurtzman. NRMT. 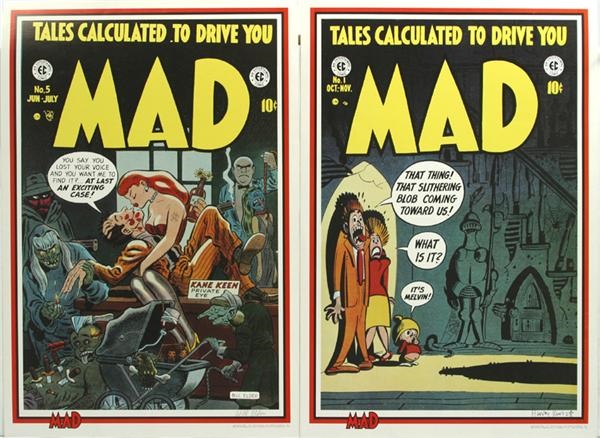 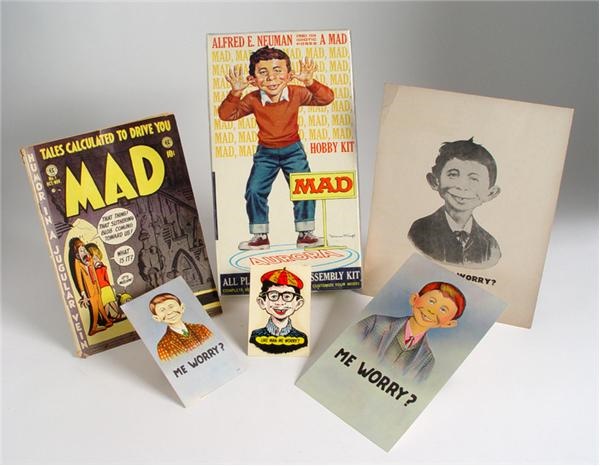 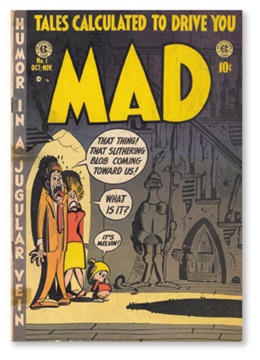 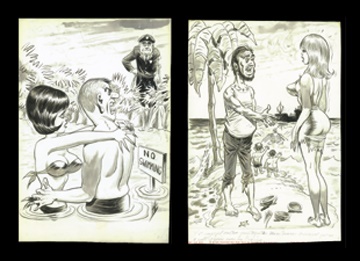 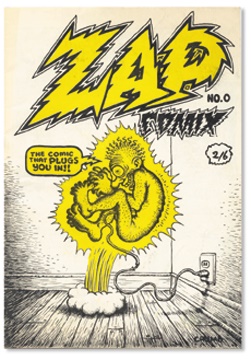