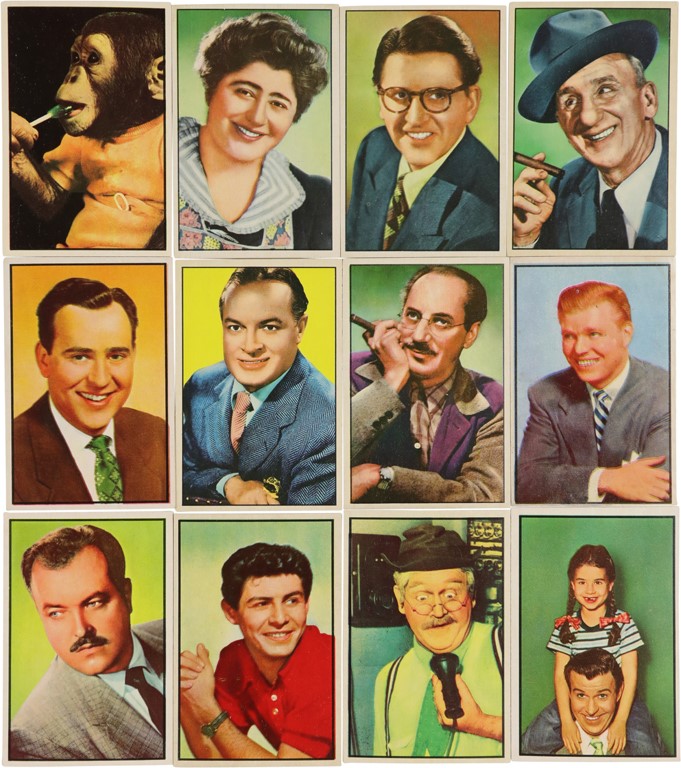 First up is Bowman's 1952 Television and Radio Stars of NBC set of 36. Early in the 1950s, Bowman decided to venture into the world of Hollywood to produce this set of some of the greatest stars of the day. This collection is in overall high grade, with virtually all cards presenting at the NM or better level. Included are pasteboards of such icons as Bob Hope (NM+), Dinah Shore (EX-MT), Jimmy Durante (NM) and Groucho Marx (NM). Cards #1 and 36 are also at the elite NM+ level. The second is Bowman's 1953 Stars of Radio and Television complete set of 96. As a follow up to their successful venture into television and radio stars in 1952, Bowman produced a much larger version of that series for 1953. At 96 cards, the set again showcased many of the stars of the day, including Bob Hope, Groucho Marx, Eddie Fisher, Jim Backus, Carl Reiner, Sid Caesar and Dinah Shore. This issue, known for its rather easy even numbers and difficult-to-find odd numbers, confounds many collectors to this day, but the offered set contains high grade examples of all 96 cards, the vast majority presenting at the NM or better level. Cards #1 and 96, notoriously tough to find in high grade, are well represented in similar NM condition. Groucho (#8) is EX-MT, slight o/c; Dinah Shore (#10) is NM and Bob Hope (#95), an equally appealing NM. An extra EX+ example of card #1 is also included. Total of 134 cards. 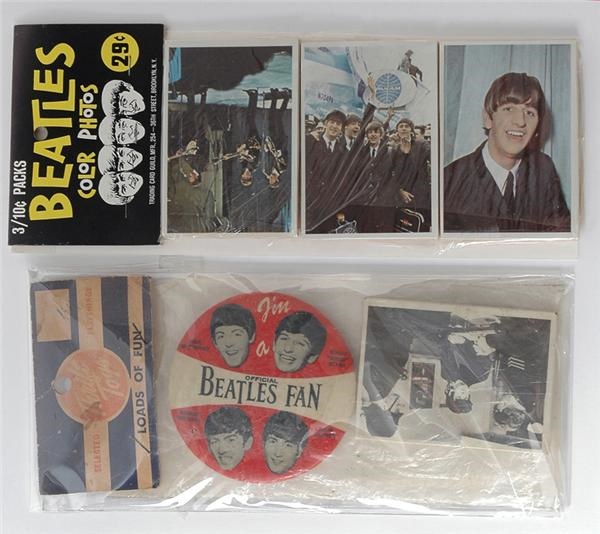 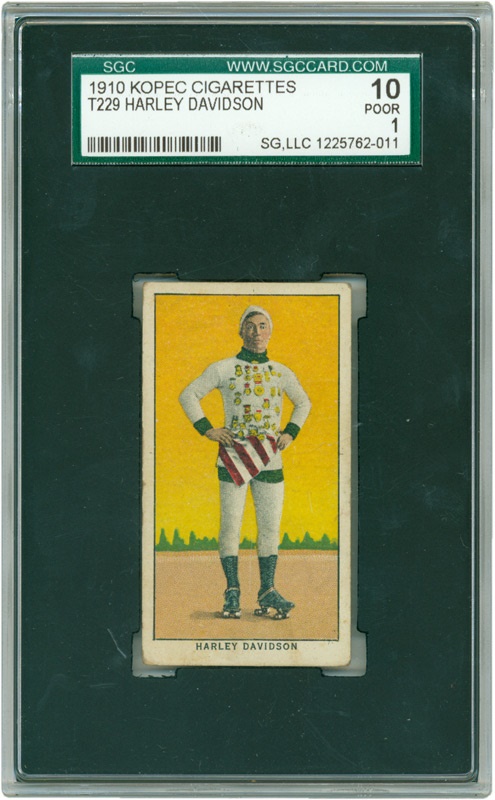 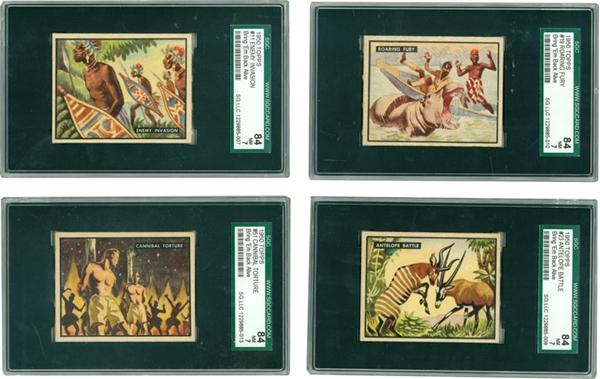 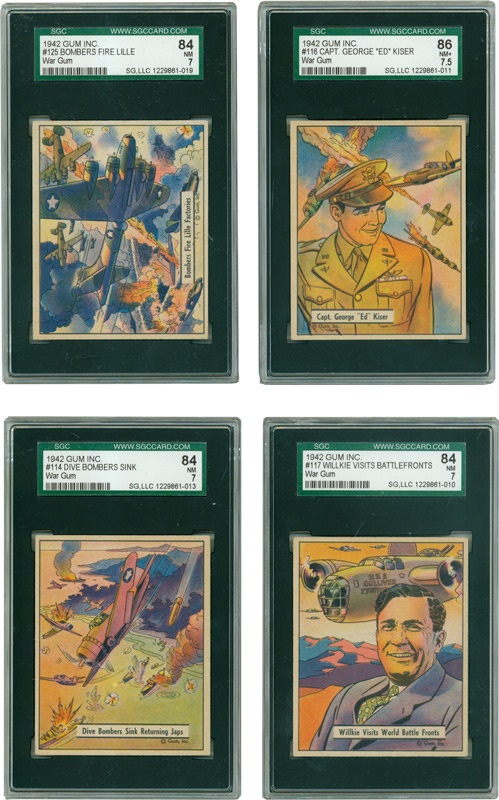 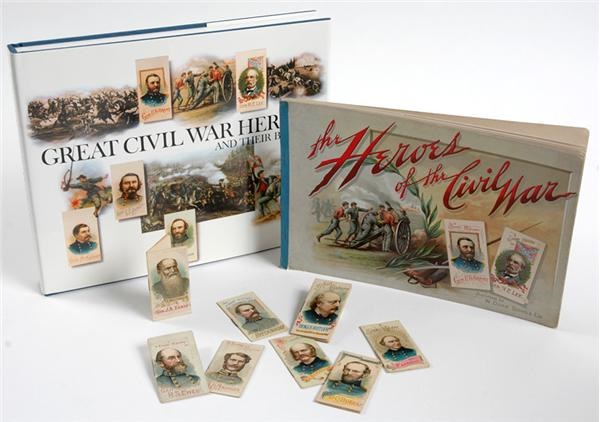 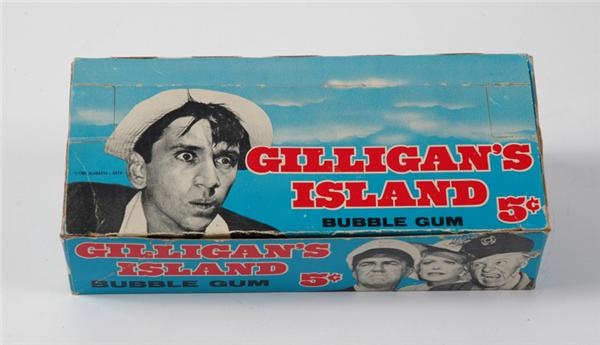 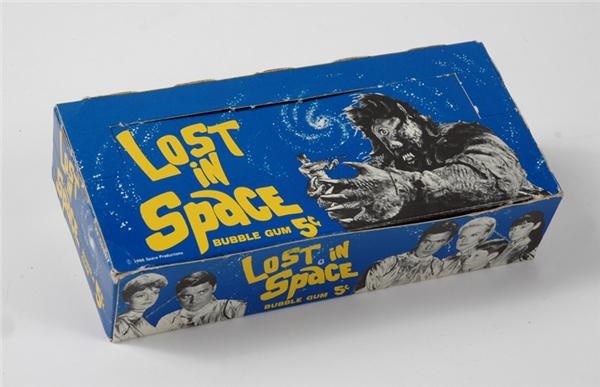 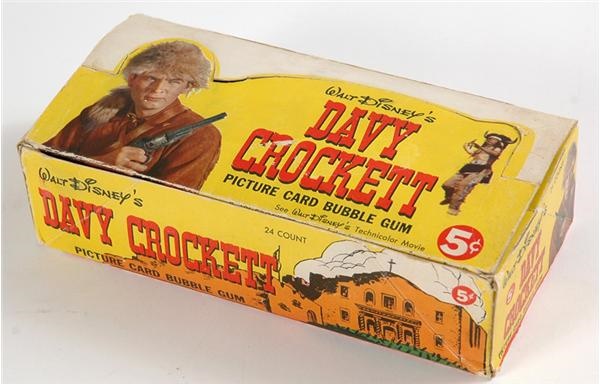