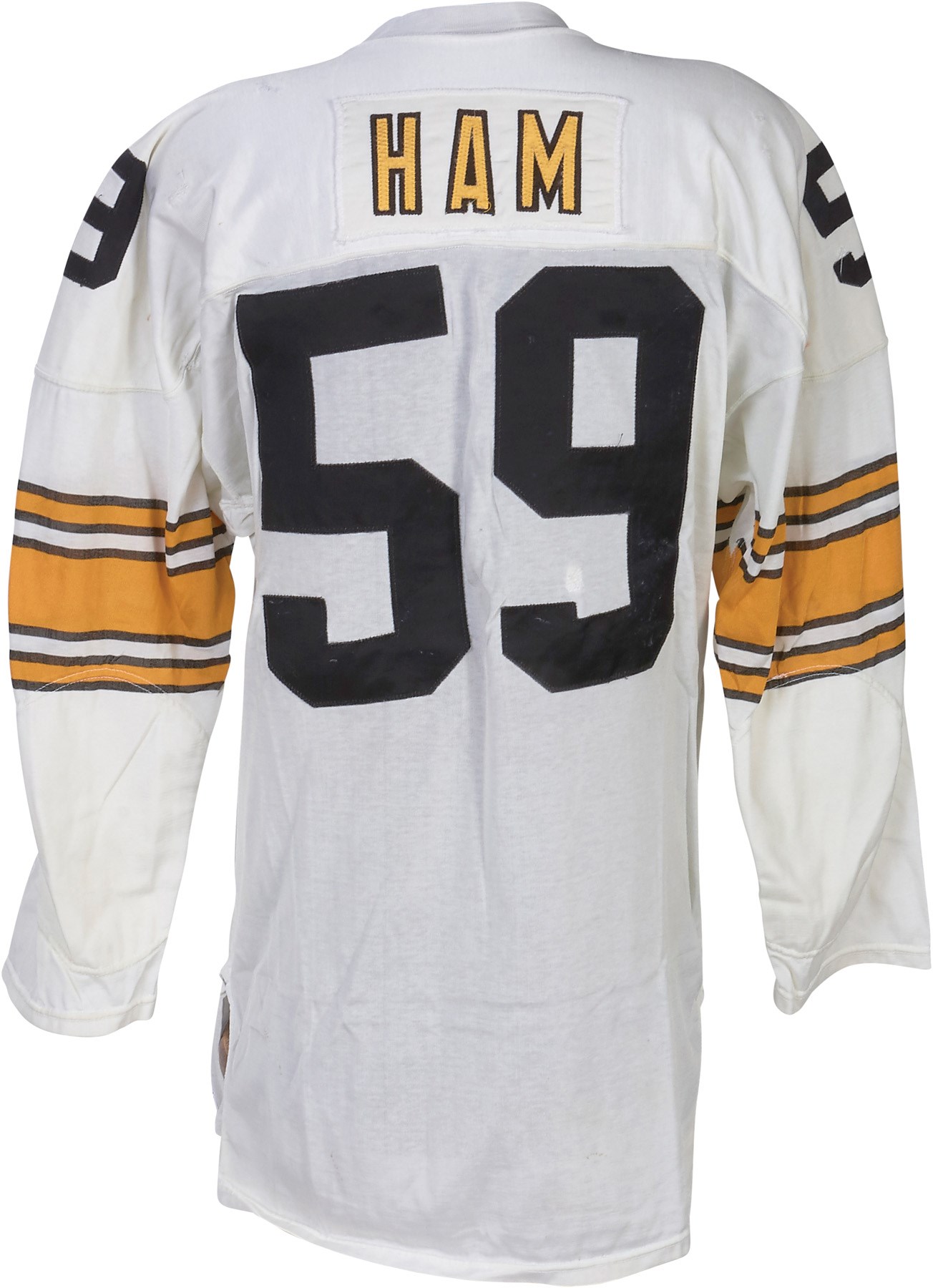 A Pennsylvania man through and through, Jack Ham was an integral member of the Steel Curtain defenses of the 1970's. Ham was born and raised in Johnstown, PA, played college football at Penn State, where he became one of the most celebrated players in program history, and then was drafted by the Steelers in 1971 and proceeded to play his entire career in Pittsburgh. Blessed with a high football IQ and incredible quickness for a linebacker, Ham distinguished himself as both a ferocious hitter and cerebral player on the Steelers teams of the 1970's that won four Super Bowls. Ham had a knack for being in the right place at the right time, finishing his career with 21 fumble recoveries and 32 interceptions, which combine for the most takeaways in NFL history by a non-defensive back. In addition to his four Super Bowl rings, Ham was selected to the Pro Bowl for eight consecutive years, was a first-team All-Pro six times, and was inducted into the Pro Football Hall of Fame in 1988. This white, road jersey was game worn by Ham in 1981 and '82, the latter of which was his last year in the league. There is a Steelers 50 Seasons patch on the left shoulder, placed on during the '82 season, and there is an "81" year tag, a Pittsburgh Steelers tag, and a Sand-Knit size 50 tag on the front. The jersey shows heavy use, with scuffs, loose threads, and paint transfers on the back right shoulder, as well as a whopping 30 team repairs. It has long sleeves and has been photo-matched to Getty image #484116661. All jerseys come directly from the Steelers archive and come with an LOA from the Steelers. A portion of the proceeds from the sale of Steelers Archives items will be donated to the Chuck Noll Foundation for Brain Injury Research. 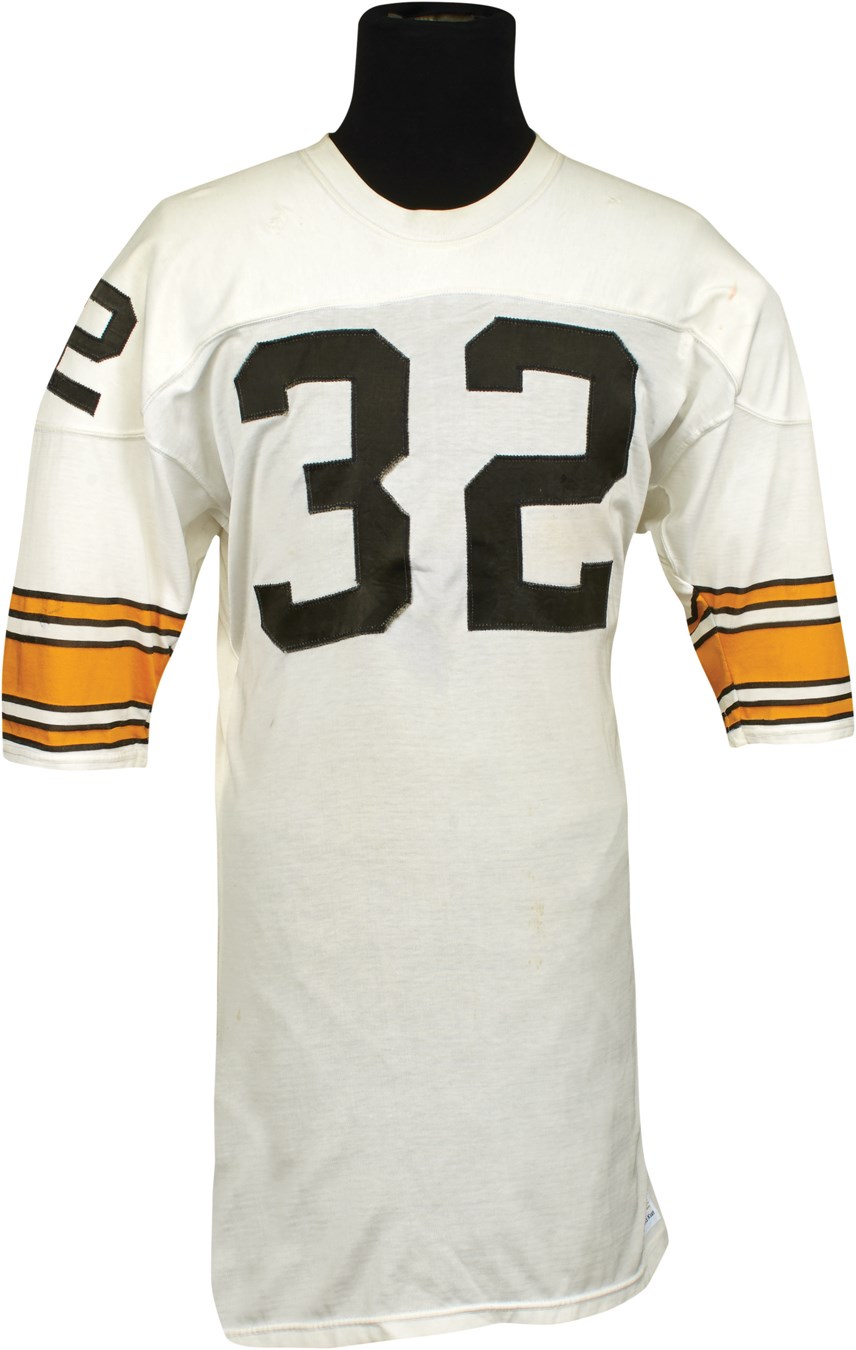 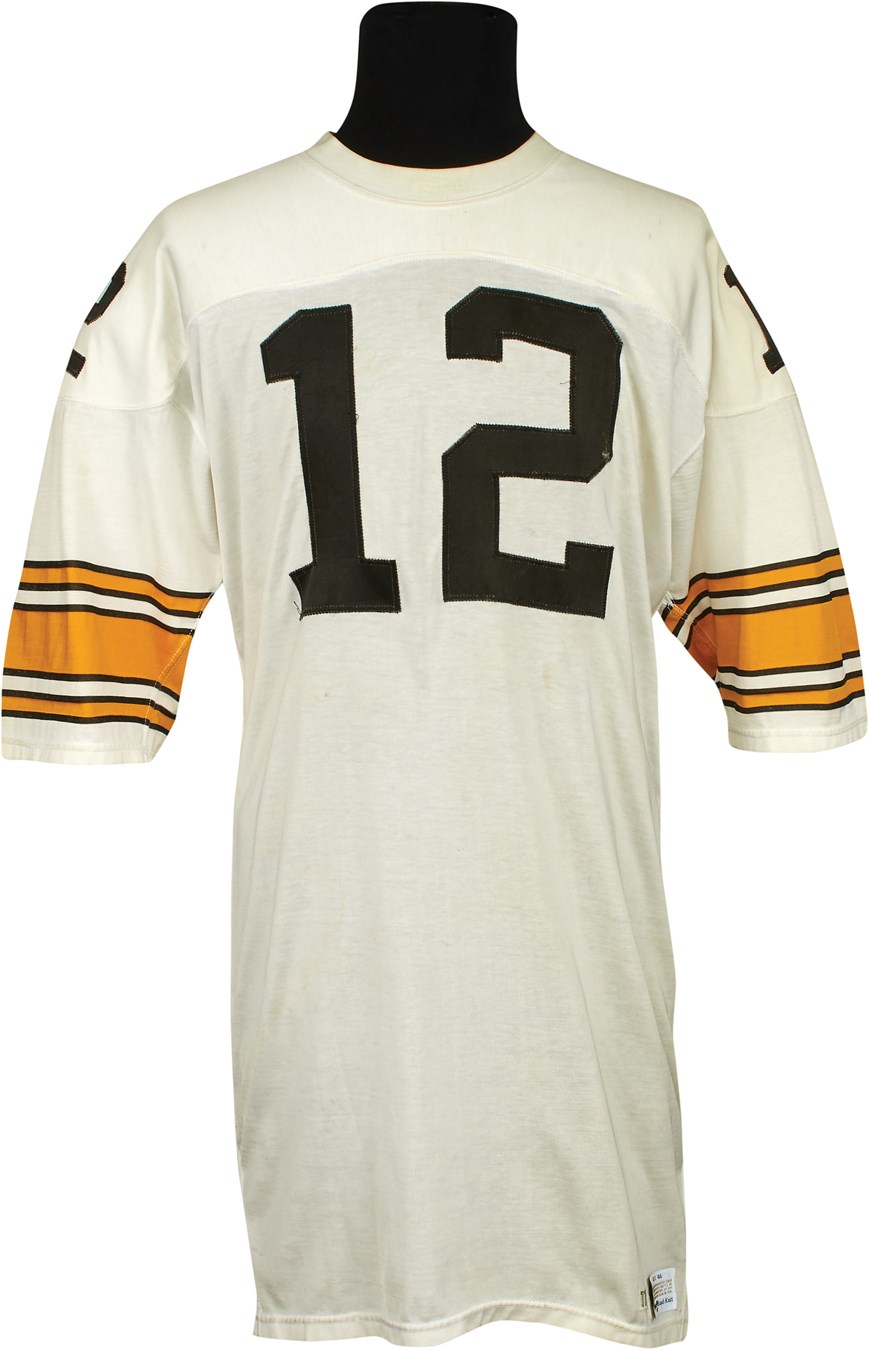 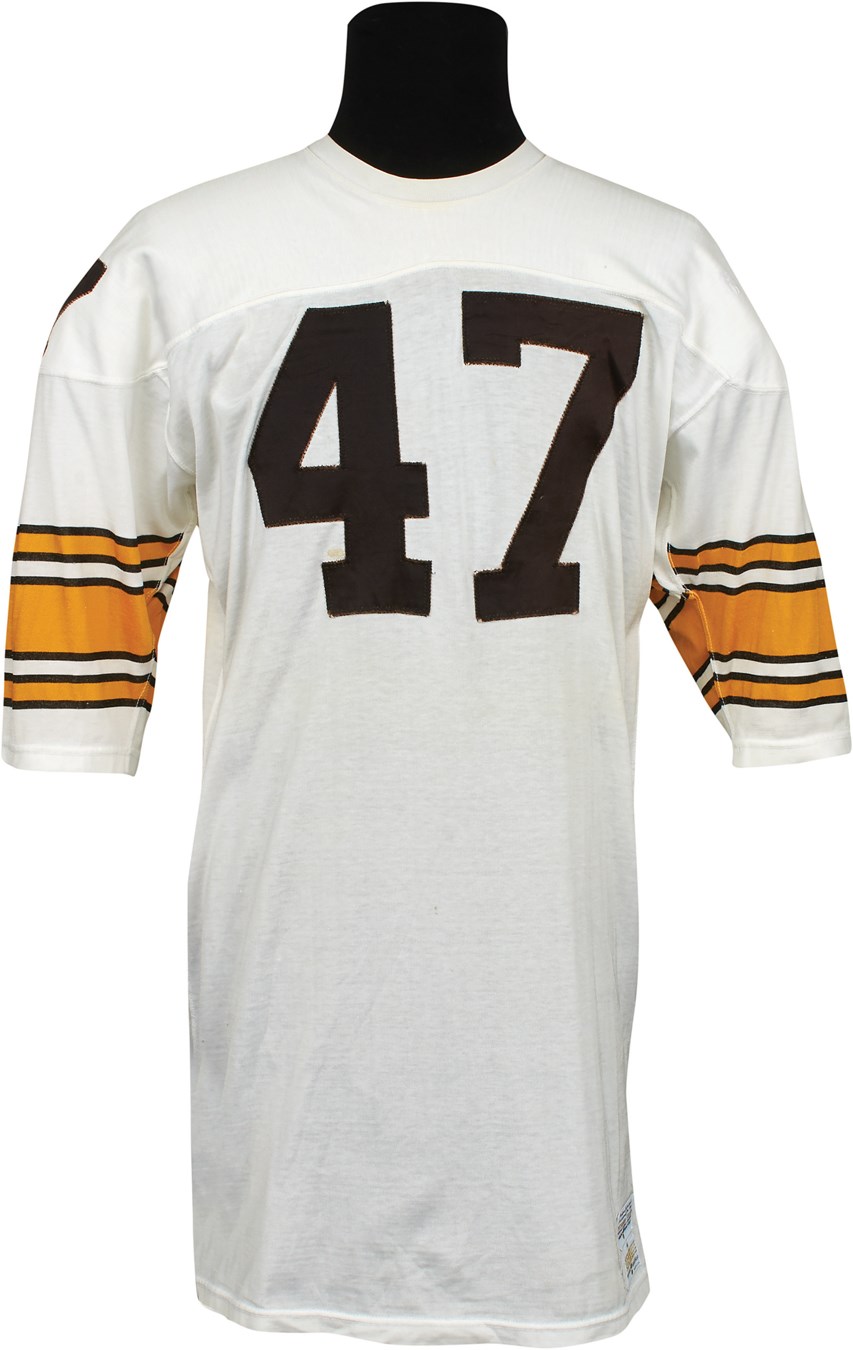 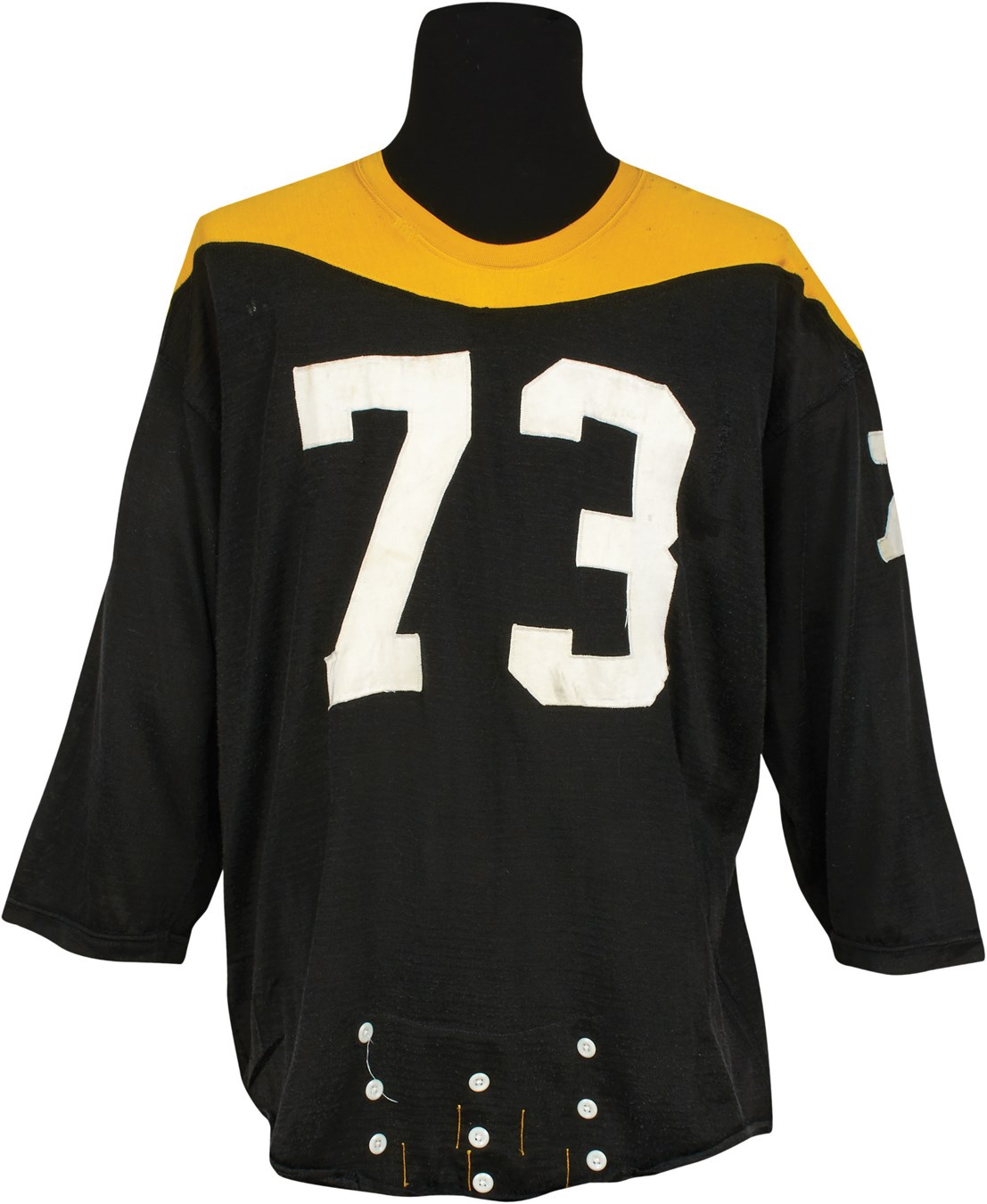 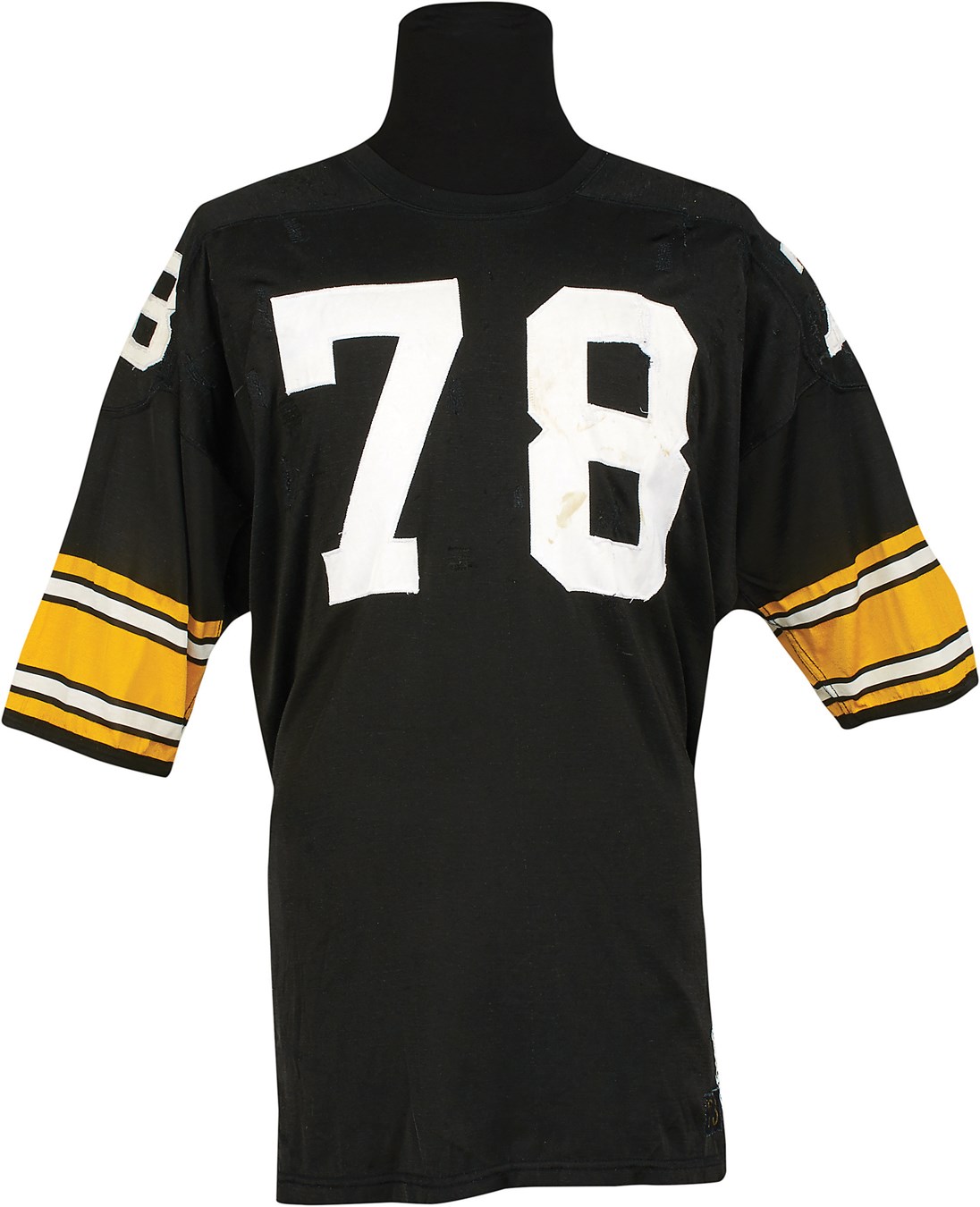 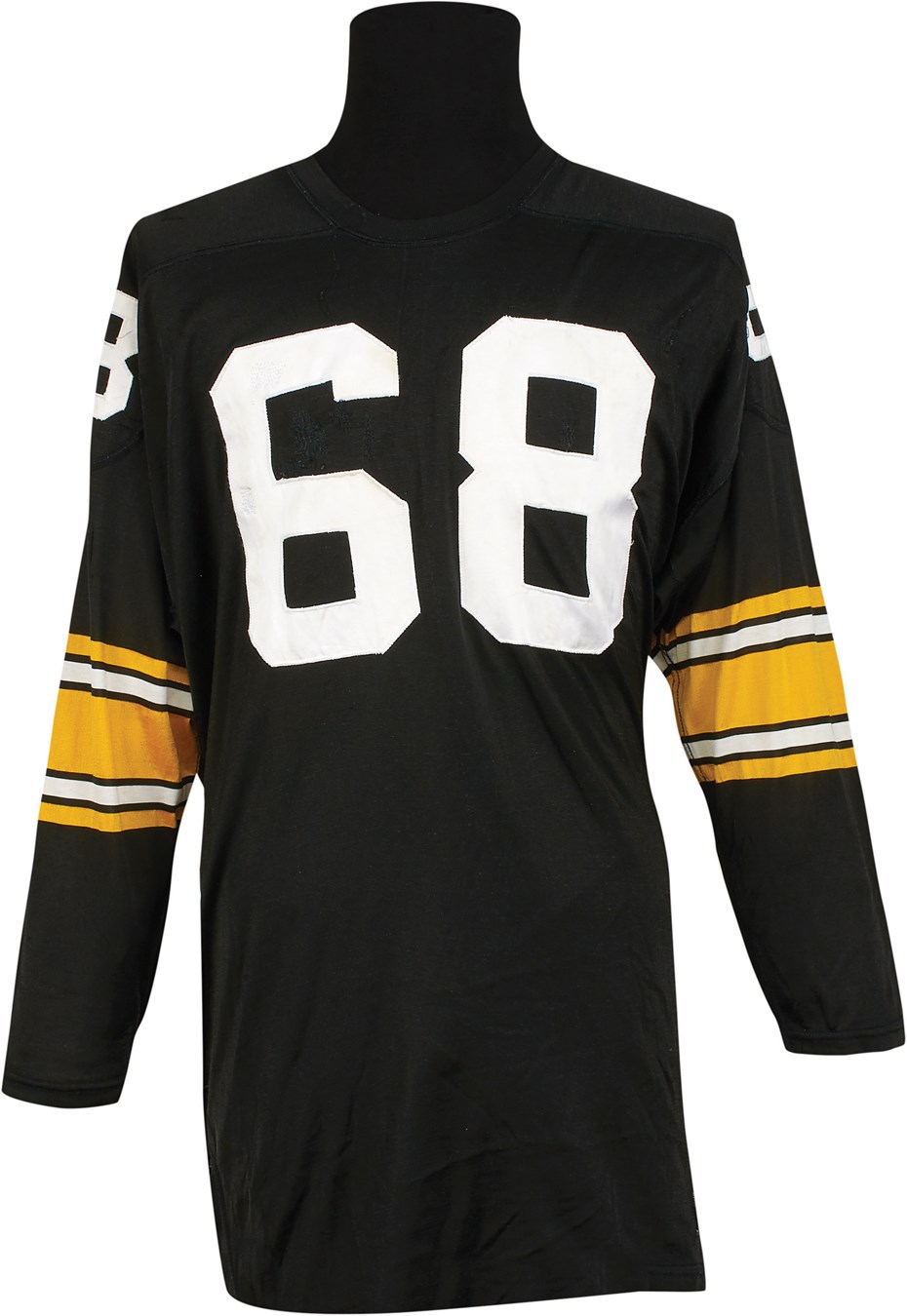 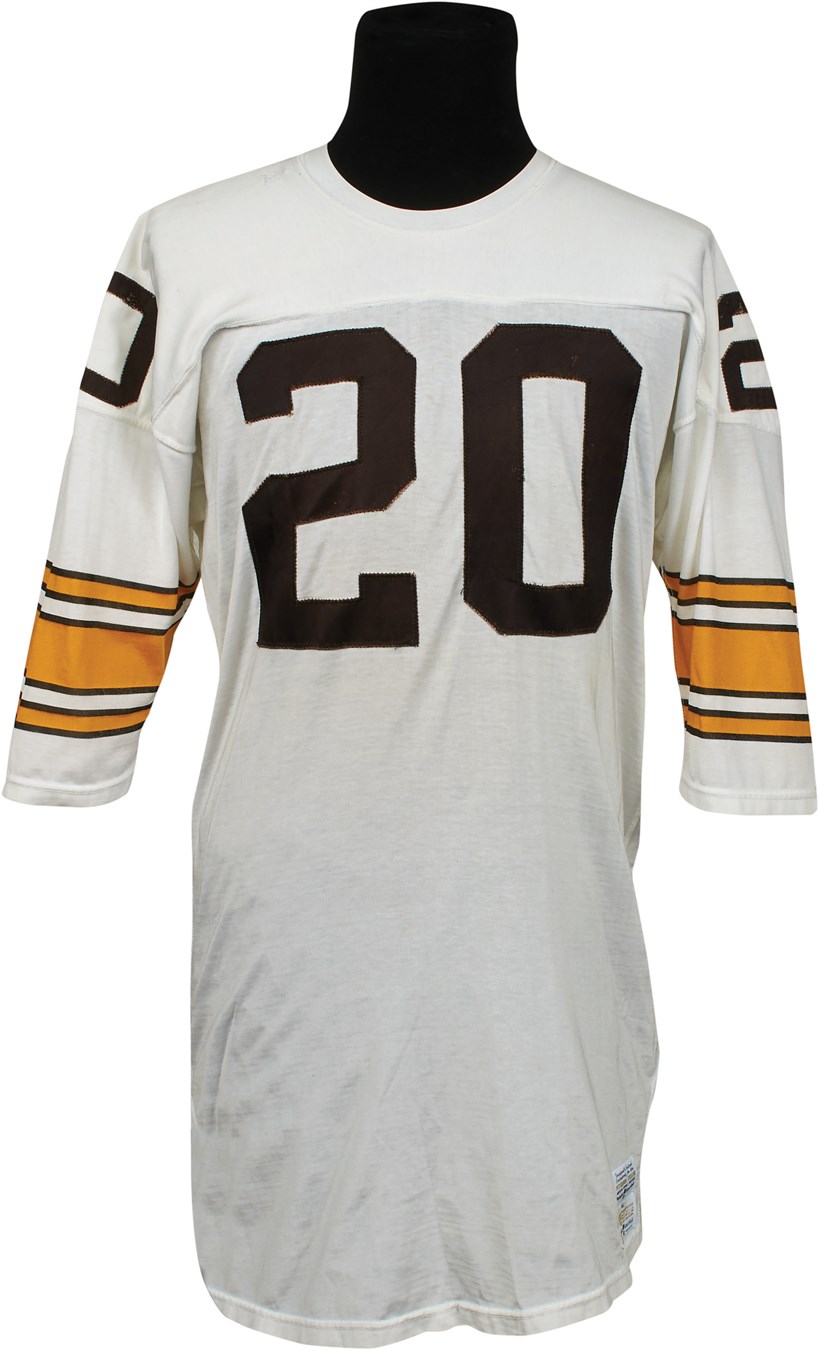 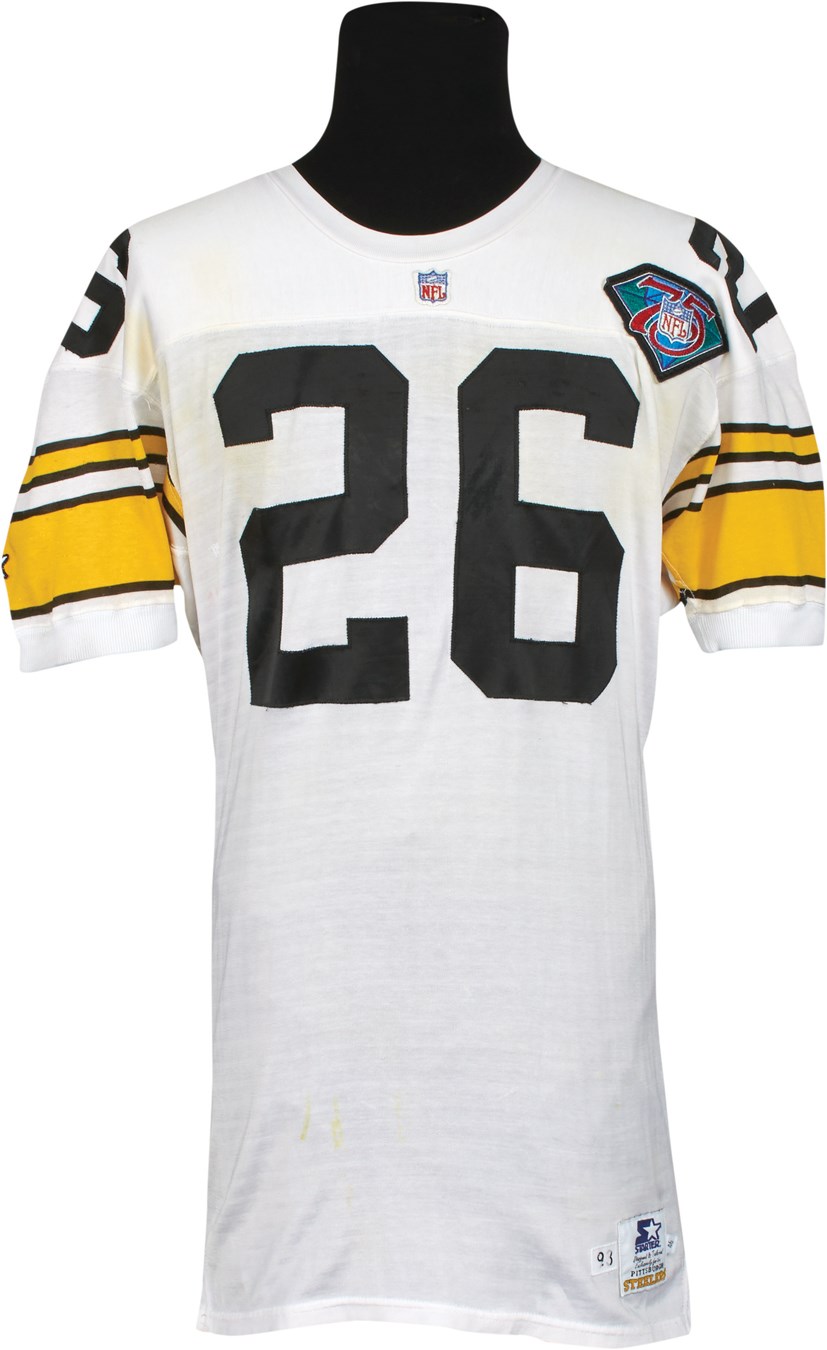