Offered is the premiere set of USFL football cards, a 1984 Topps edition including 132 cards. Four of the USFL stars have been encapsulated and graded: Jim Kelly, Pro Football HOF, Houston Gamblers quarterback, formerly quarterback for 11 years on the Buffalo Bills, and took the Bills to four consecutive Super Bowl appearances. The card is encapsulated and graded SGC NM-MT 8; Steve Young, Los Angeles Express quarterback The Pro Football Hall of Famer later played 15 seasons in the NFL and was a 2-time AP NFL MVP and the MVP of Super Bowl XXIX. Encapsulated and graded by SGC NM-MT 8; Reggie White, pro Football HOF, formerly played 15 NFL seasons and was a 3-time Defensive Player of the Year. Depicted as a Memphis Showboats' defensive end, White's USFL card is encapsulated and graded SGC EX-NM 6; Herschel Walker, New Jersey Generals running back, won the 1982 Heisman Trophy and the Maxwell Award as a running back with the University of Georgia. The College Football Hall of Famer played 12 years in the NFL. Encapsulated and graded SGC NM 7. As an interesting note, the Generals' owner in 1984 was Donald Trump, a man who later entered politics. The 132-card set was mostly populated by players making their card debuts. The card front reads, "Premier USFL Edition," ad has the USFL logo at the top border, underneath the player photo is the team helmet and a yellow box containing the player's name, team, and position. The backs have a brief bio, stats, and a team fact. Overall, the complete set is a good value, especially with a new USFL beginning play in the spring of 2022, and thus creating new interest in the original USFL. 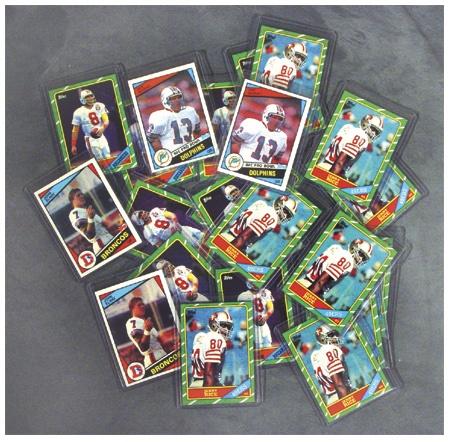 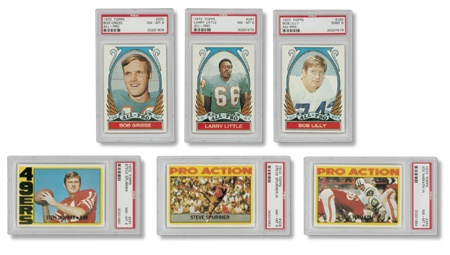 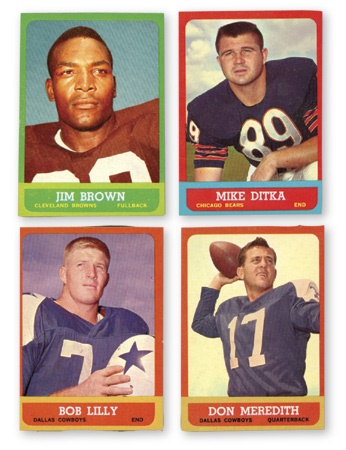 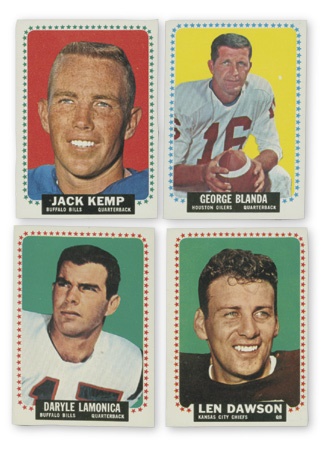 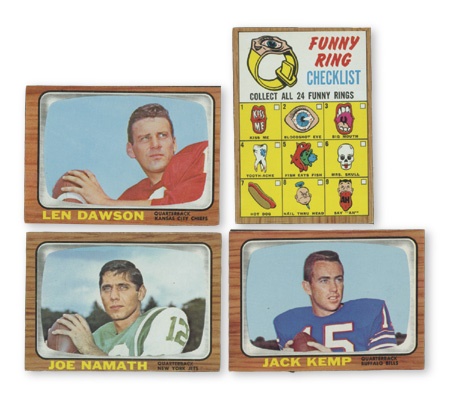