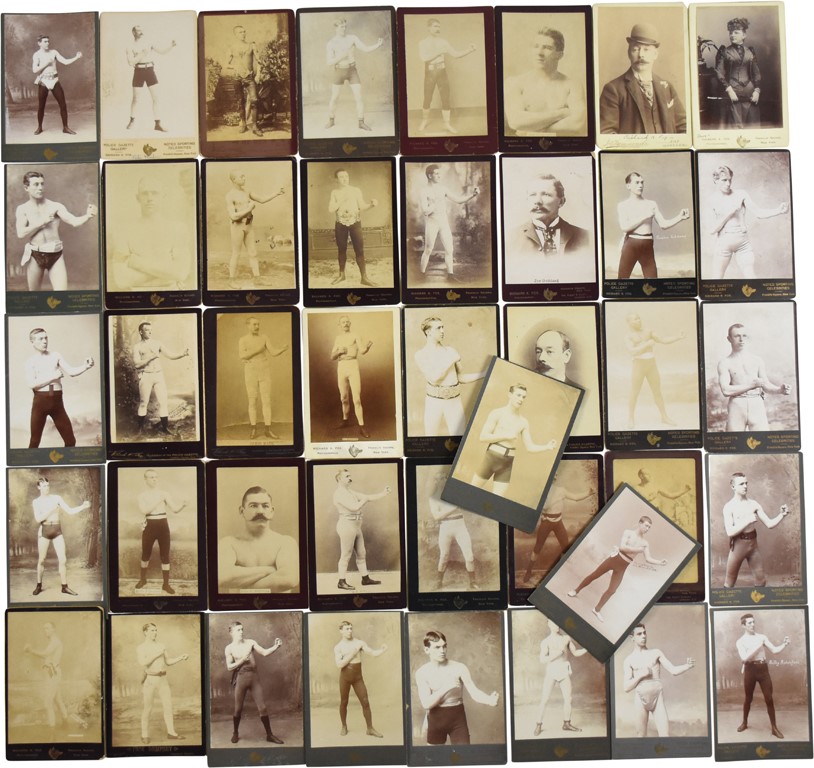 Largest group we have seen offered of these cabinet photographs from the preeminent 19th century sports publisher. From various "series" with different mounts, these are among the earliest boxing cards. Circa 1890, the majority are Fox's own images but some have been pirated from others such as the nonpareil and Charlie Mitchell. The publishing world of the period seems to be as rough as the sport itself! Includes: Sullivan (2), Fitzsimmons (4), Kilrain, Dixon, Corbett, Walcott, Flaherty, Maher (2), Mitchell (2), Connelly, Palmer, Rotchford, Erne, Choynski, Gibbons, Goddard, McAuliffe, Slavin, Daly, Weir, Jordan, Jack O'Brien, Bernstine, Barry, Dempsey (trimmed bottom), Munroe, Plimmer, Hamilton, Goff, Kelly, Mace, couple of others, plus Mrs. Fox and two of Fox himself. Total of 42 all different poses.