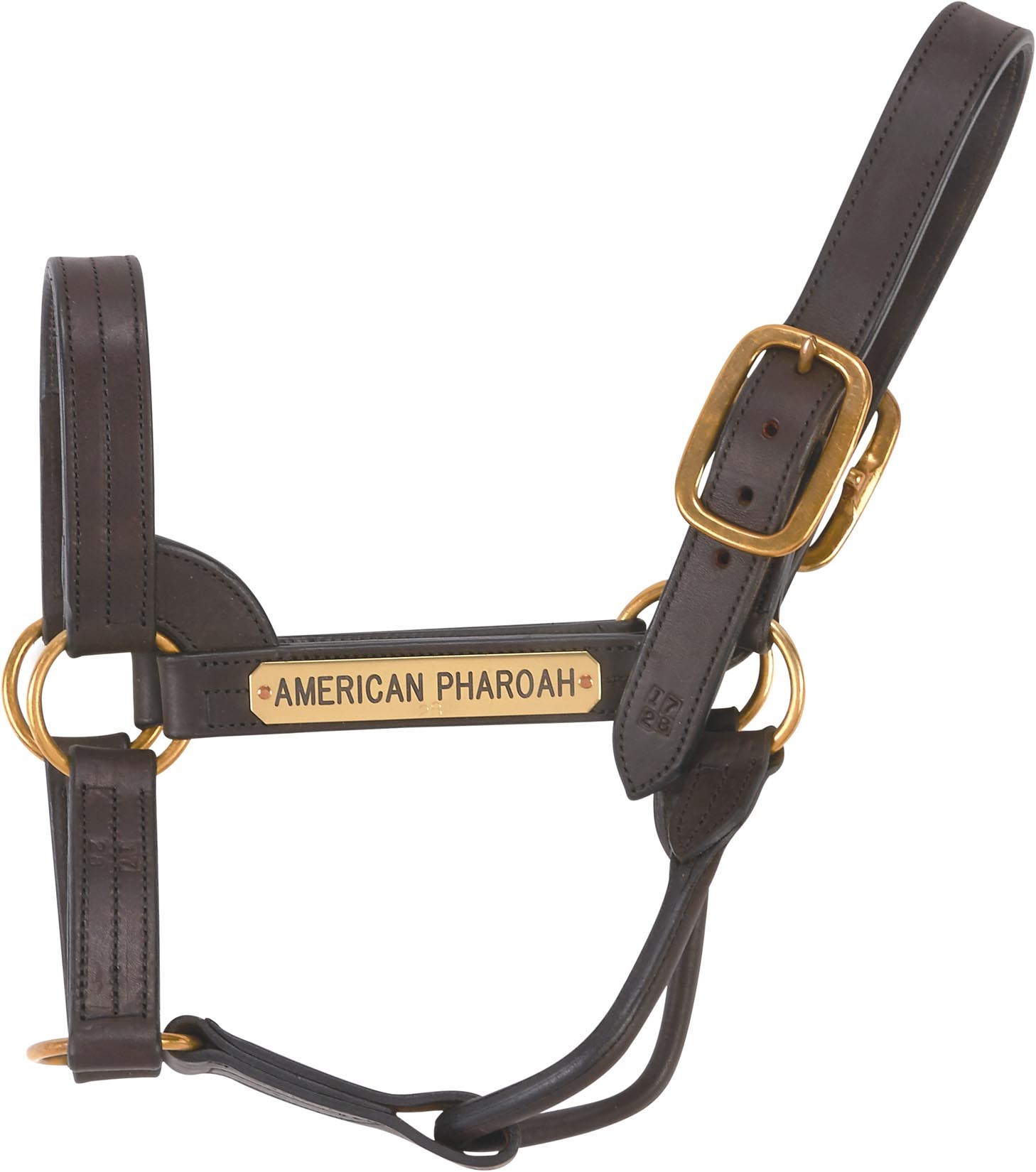 Tremendous halter worn by American Pharoah, the 2015 winner of horse racing's Triple Crown, while at Ashford Stud. American Pharoah reinvigorated the sport of horse racing in America with his historic run, capturing the Kentucky Derby, Preakness, and Belmont Stakes in a span of five weeks to become the first Triple Crown winner since Affirmed accomplished the feat in 1978. He would go on to win the Breeders' Cup Classic later that year to cement his status as an all-time great, and retired with earnings of more than $8 million. Comes with Ashford Stud LOA signed by Stallion Manager Richard Barry, with serial number "17-28" on letter. Matching serial number stamped multiple times on halter, including "28" engraved on gold plate reading "American Pharoah." All funds raised from this priceless halter worn by the Triple Crown winner will go directly toward Equine Advocates, a national non-profit equine protection organization based in Chatham, NY. Founded in 1996, this organization has helped and rescued thousands of horses from slaughter, abuse, and neglect. In 2004, Equine Advocates established a 140-acre horse sanctuary which is home to 83 equines including horses, ponies, donkeys and mules. To learn more about this wonderful organization and its work to save horses, please visit www.equineadvocates.org.