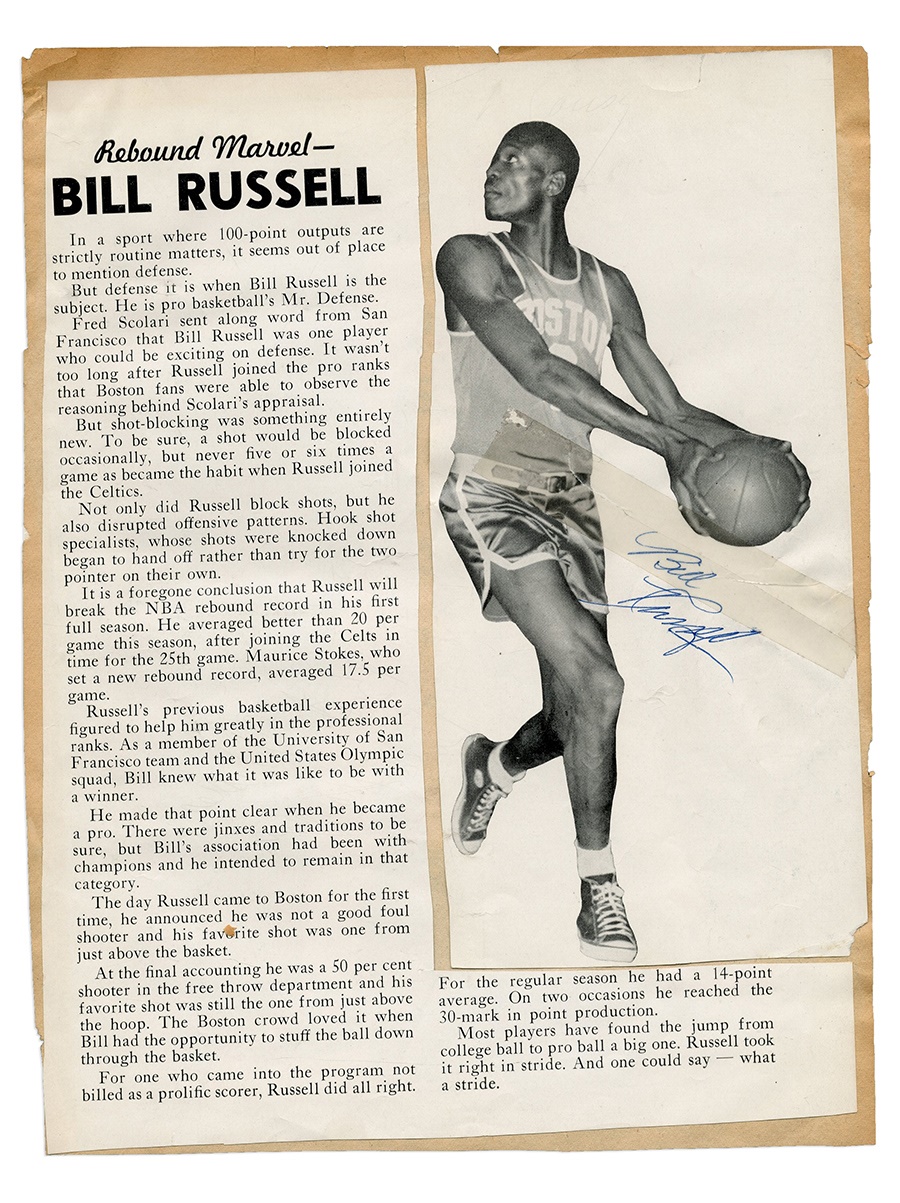 This fine collection of basketball and hockey signatures was obtained by one man in person. Signed pieces include: a Celtics program, photos of Russell (taped) and Cousy, signed photos of Cowens and Heinsohn, and best of all three Celtics photos signed on verso by Greer, Chamberlain, Twyman, Embry, Sanders, Bellamy, Arizin. Signed cuts (singles & multisigned): Havlichek, Sam & K.C. Jones, Richter, Schayes, Nelson, Bellamy, Hagan, Pettit, Sharman, O. Robertson and Phil Gordon (poor). There are about 20 Bruins and Hockey: Howell, Worsley, Johnston, Harvey, Ratele and Schmidt. Total of about 100 signatures, the '50s materials is a bit rough cut from programs, but the others are real nice. 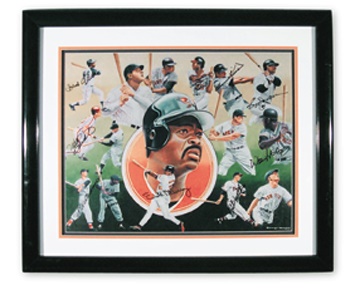 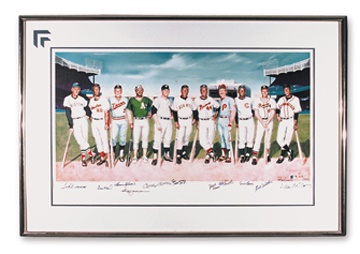 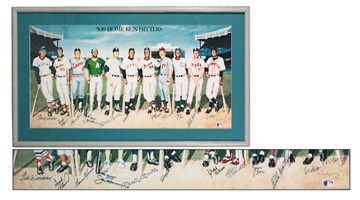 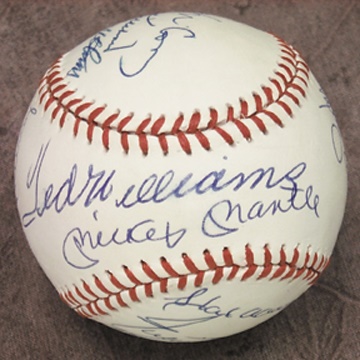 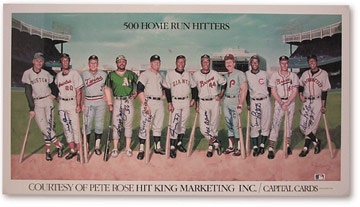 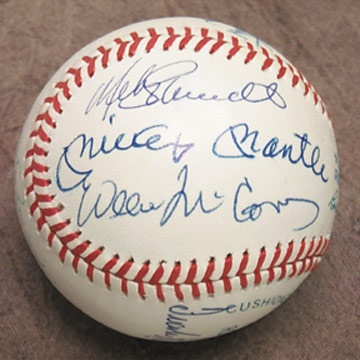 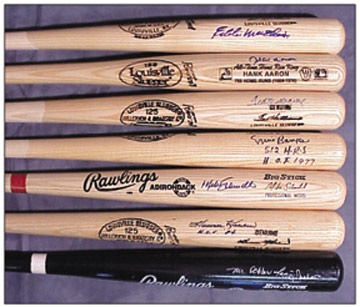