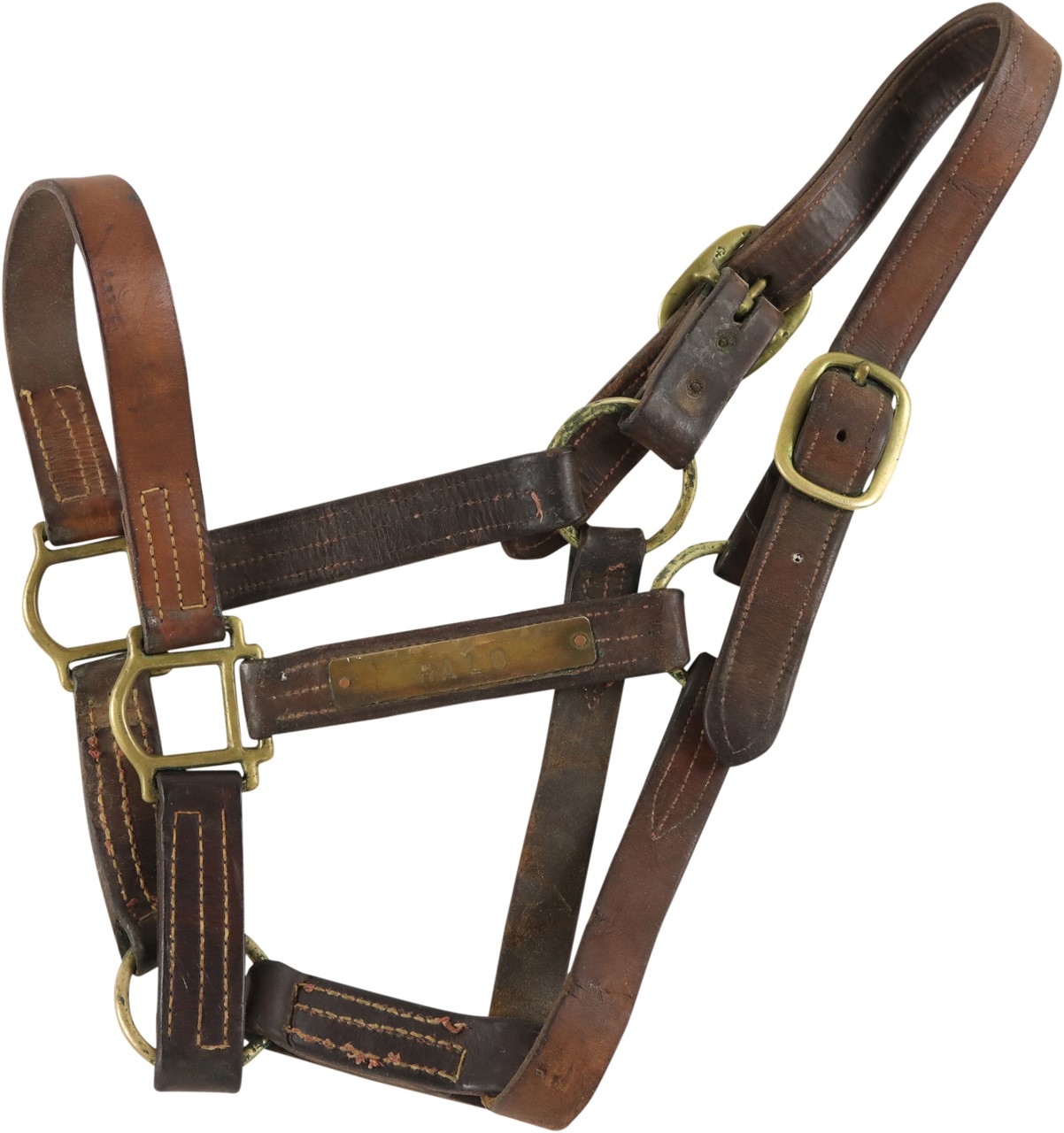 Halters worn by deceased famed stallions are rare finds, especially one honoring Halo, one of the greatest sires in American horse racing history. Two-time leading sire in North America, he produced Kentucky Derby winners Sunday Silence and Sunny's Halo. The well-worn heavy duty hand-stitched leather halter, complete with solid brass buckles and engraved nameplate is one of the few pieces of racing memorabilia ever made available for auction representing the distinguished stallion.During his three-year racing career, Halo was a notable turf runner in the New York and New Jersey circuit and finished in the money in 22 of his 31 starts, including nine wins. After retiring from racing, he stood at Windfields Farm in Maryland, where his progeny included 1983 Kentucky Derby winner Sunny's Halo. In 1984, he moved to Arthur B. Hancock III's Stone Farm in Paris, Kentucky, where he continued to produce notable offspring, the star of which was 1989 Horse of the Year Sunday Silence. In all, Halo sired seven champions and 62 stakes winners and was a two-time leading sire in North America. His other notable progeny include champions Devil's Bag and Glorious Song, as well as stakes winners Saint Ballado, Goodbye Halo, Jolies Halo, and Lively One. His second generation descendants include champions Answer Lively, Ashado, Machiavellian, 2005 Horse of the Year Saint Liam, Singspiel, and Japanese 2006 Triple Crown winner Deep Impact. Halo was pensioned in 1997 and died in 2000 at age 31.