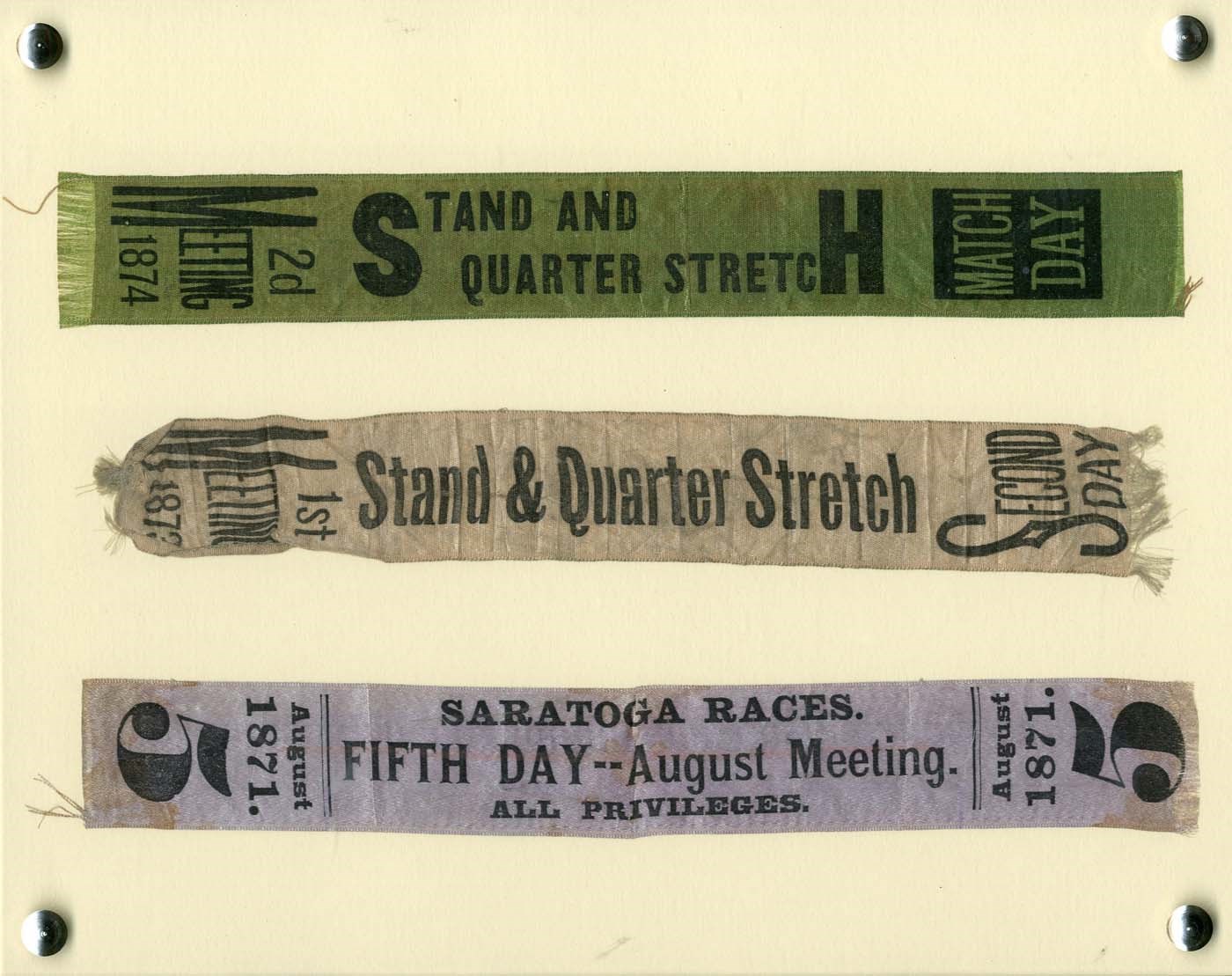 These admission ribbons were all prominently displayed at the National Museum of Racing in Saratoga Springs. They are extremely rare, virtually impossible to find and likely unique. In the early days of the sport they were issued to provide the holder specific privileges at the racetrack. The Quarter Stretch was a special section set aside where jockeys, trainers, and owners would be allowed to freely mingle, even among some bookmakers. The following are from three different years: 1). 1871 5th day (August 22), purple, featuring top racer Joe Daniels, victorious in the third race. 2). 1873 2nd day (July 26), tan, witnessed the Alabama Stakes and Hall of Famer Harry Bassett, in the second race. 3). 1874 Match Day (August 14), green. In the only race of the day, August Belmont bet L. L. Lorillard $1,000 that his horse, Gray Planet, would run against time and break the established benchmark. George Evans, the acclaimed English jockey, was aboard when Gray Planet established the then-U.S. fastest mile on record.