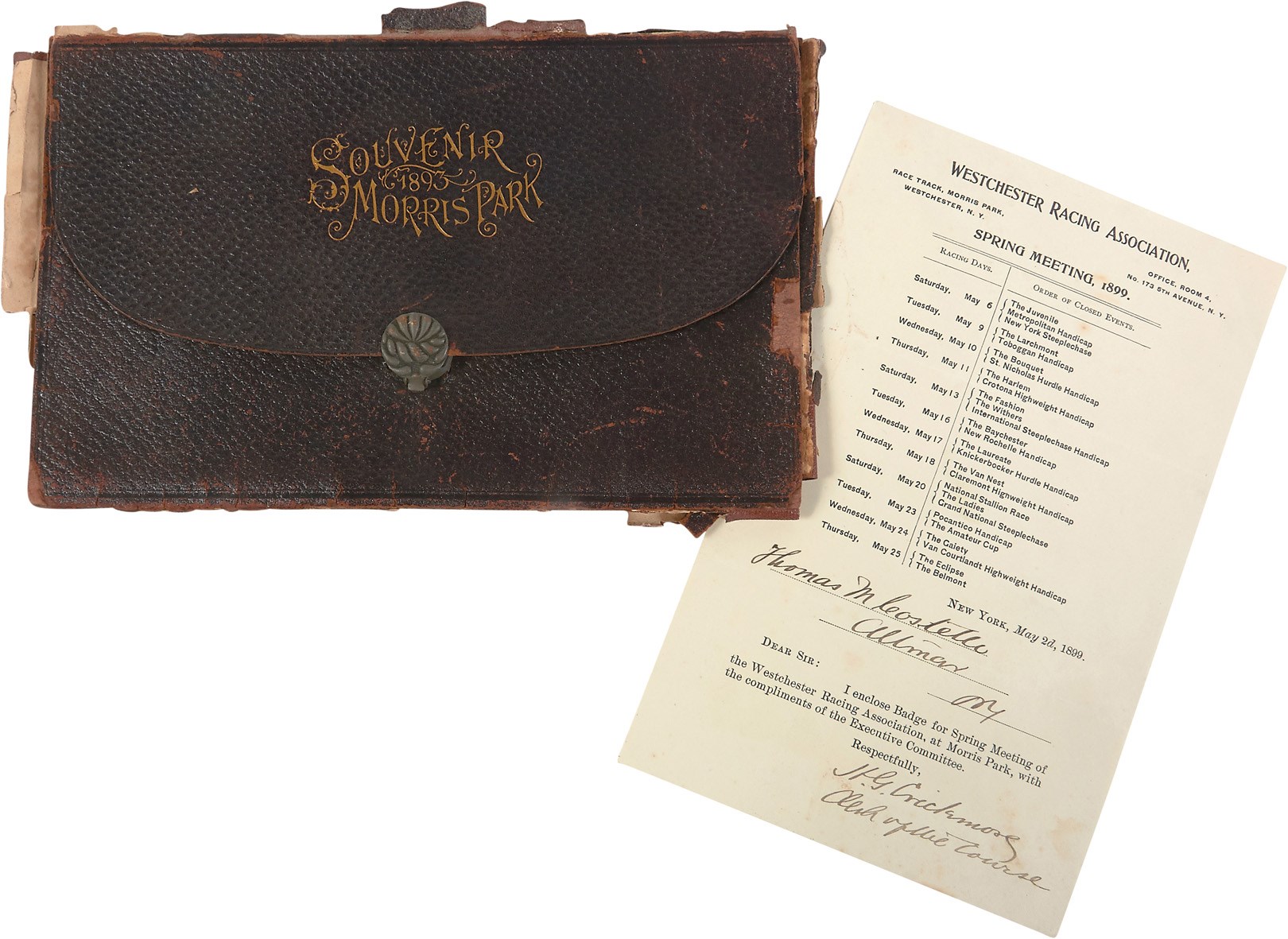 1) Morris Park, when inaugurated in 1889, was acclaimed as the most beautiful racetrack in the world. In 1893, the facility issued a beautiful souvenir album with 37 cards, numbered and titled (each approximately 6x9") consisting of 47 pictures, mostly photographic prints. In addition, an index, complimentary card from the New York Jockey Club, and a leather folder are also provided. The pictures include various rooms of the clubhouse, paddock and stables, buildings, actual races, racetrack personnel, jockeys, and other scenes. The New York Times in its July 3, 1893, edition described the handsome album in detail. All items are complete, extremely rare, and stored in an archival album, with the exception of the track portfolio. The latter is EX, but all other items are in MT condition. 2) To complement the above, a listing of each racing day for the Spring Meeting of 1899 with the order of closed events is also included. It was addressed to Thomas Costello, one of the past leading jockeys of America. The document was signed by H. G. Crickmore, clerk of the course, and a well-known author and racing secretary. NM-MT.