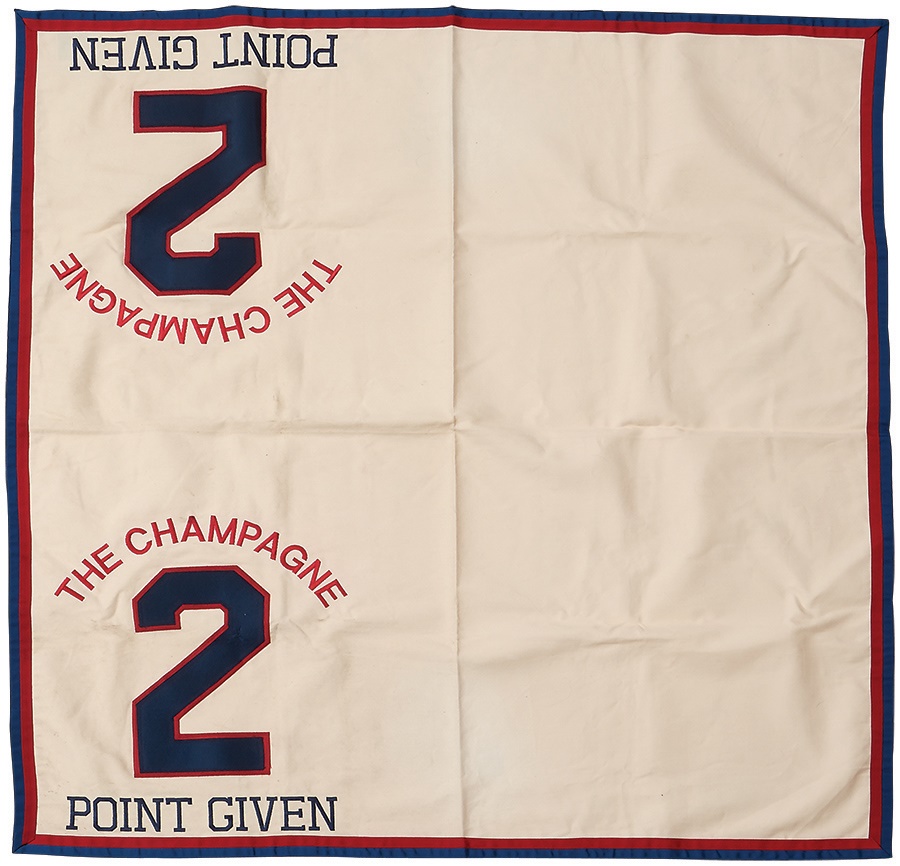 2001 Horse of the Year Point Given is generally regarded as the best three-year-old horse of the last 40 years not to win the Triple Crown. He lost the Derby after forcing a suicidal pace scenario, then won the Preakness and Belmont with ease. This saddle cloth, which shows use from the Champagne Stakes, as well as stitched name and #2 designation, comes with a framed painting of him wearing the cloth and an 8x10" pic showing the same. Point Given is the only horse in history to win four $1,000,000 races in a row: the Preakness Stakes, the Belmont Stakes (in which he ran the fourth fastest Belmont ever, faster than both Seattle Slew and Affirmed, each of which achieved the Triple Crown), the Haskell Invitational Handicap and the Travers Stakes. He was also the first horse since 1967 to win the Grade 1 $1,000,000 Preakness Stakes, the G1 Belmont, and the G1 Travers Stakes, joining an elite club of racing greats who achieved that triple: Man o' War (1920), Whirlaway (1941), Native Dancer (1953), and Damascus (1967). He was syndicated for the third highest price in history ($50 million) and was inducted into the Hall of Fame in 2010.