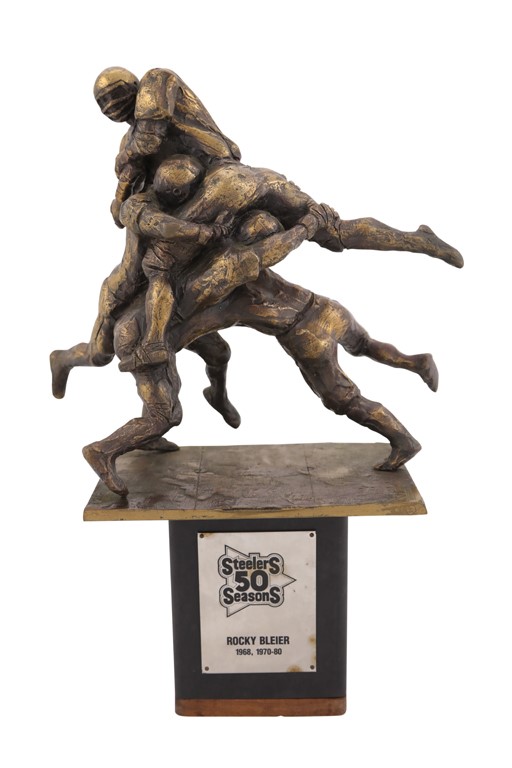 <p>The long and storied history of the Pittsburgh Steelers was celebrated in 1982 with the naming of the top players in the franchise's 50-year history. This trophy was awarded to Rocky Bleier for his selection to that team, chosen in a vote of over 100,000 fans. Fittingly, it depicts in masterful detail a trio of tacklers attempting to bring down a tenacious ball-carrier, a perfect representation of Bleier's role on that legendary squad. The weighty piece measures 18" tall and sits on a rectangular 5x3" base, with a plate noting, "Steelers 50 Seasons," and "Rocky Bleier, 1968, 1970-80." The side of the base on which the players rest is engraved, "SANTINI 1982." To that point, the Steelers had won four of their six total Super Bowl Championships, but as a lasting sign of Bleier's impact, he remained on Pittsburgh's all-time team 25 years later, when the franchise celebrated it's 75th Anniversary in 2007.</p><p><span style="font-size: medium; font-family: 'Times New Roman';">It is always nice when an athlete makes a collection available to the public. As a collecting community, we are grateful for the opportunity to acquire rare and unique items from an athlete&rsquo;s career. This one is extra special! For the first time, Rocky Bleier has made available his vast collection of memorabilia. Rocky is much more than an athlete. He is an American sports icon and hero. But even more impressive is the fact that he has been an inspiration to millions of people across the globe for his heroic battle back to the top of his profession as a football star. The items in his collection tell the story of Rocky&rsquo;s fabled life. From his days at Xavier High School and his three time selection to the all-state team to his being Captain of the Notre Dame football squad to his battles and injuries sustained in the Vietnam War to his fight back to become a 4 time Super Bowl Champion to his life as a family man to the present day where he continues to inspire with his life story and overall kindness. This collection tells a miraculous story and we are thankful that we have the honor of handling it. On a final note, if you ever have a chance to meet Rocky Bleier in person, please take the opportunity. Having the chance to meet him, we can tell you that this man is the embodiment of a true American.</span></p> 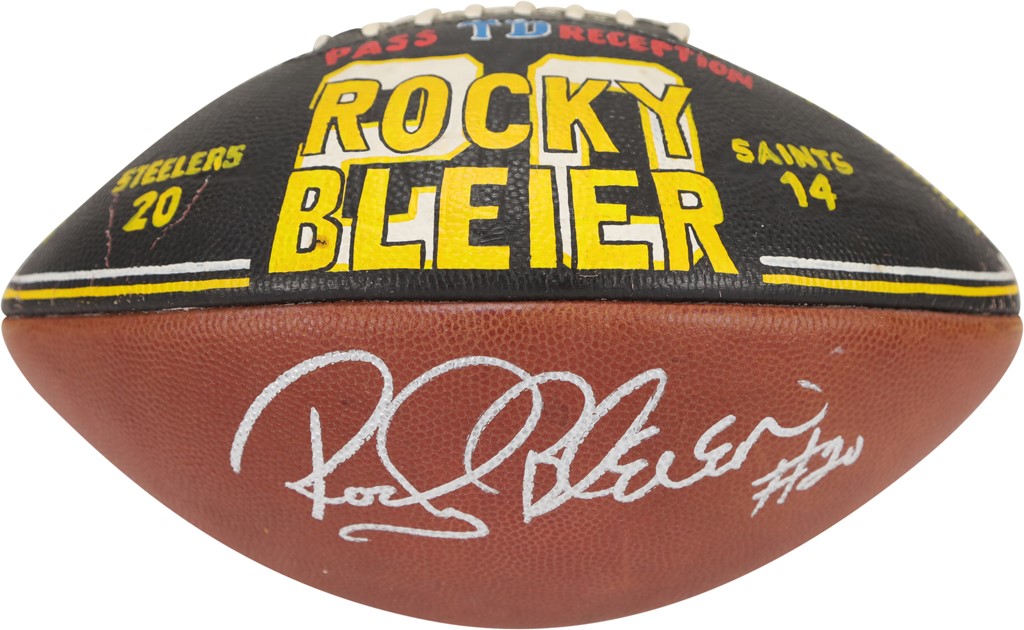 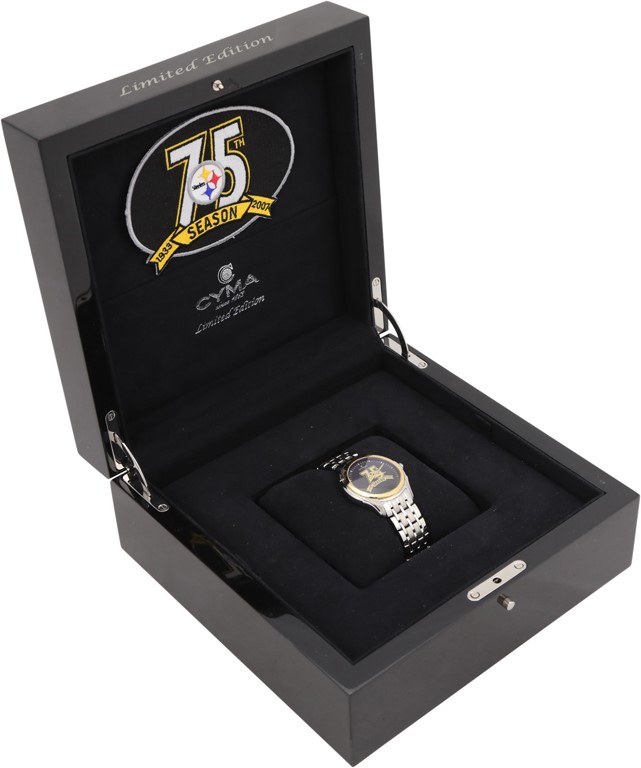 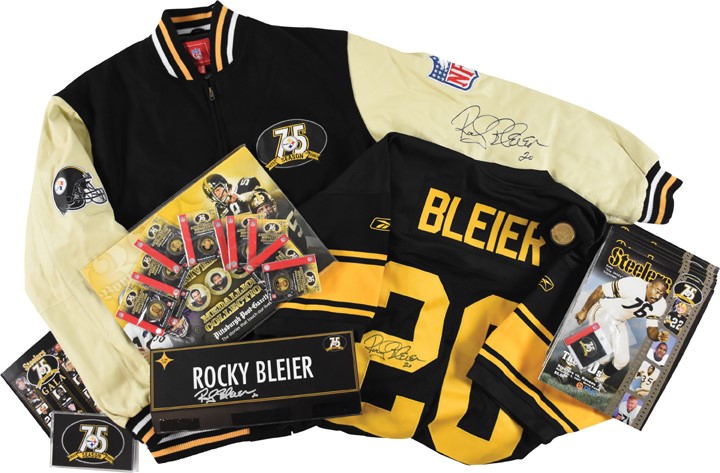 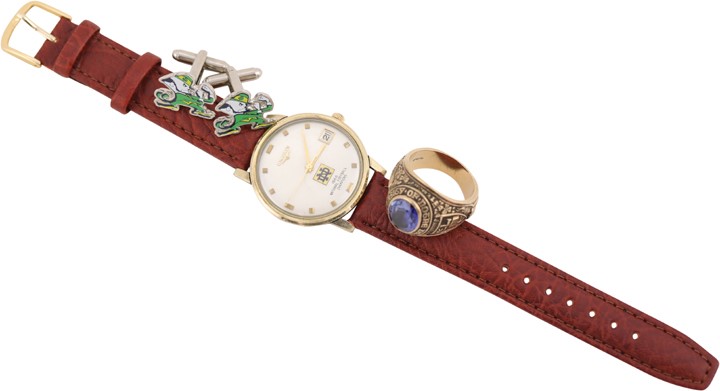 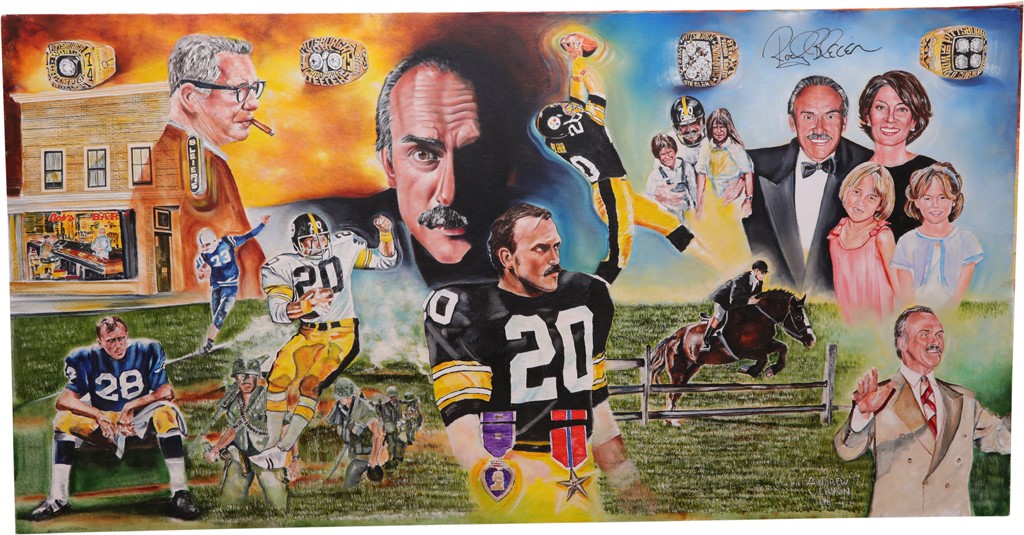 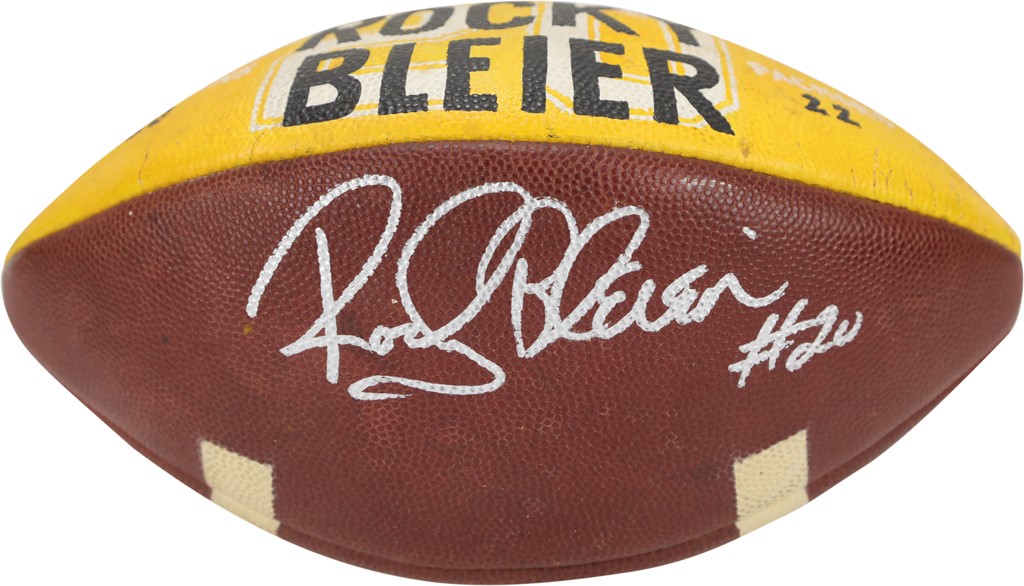