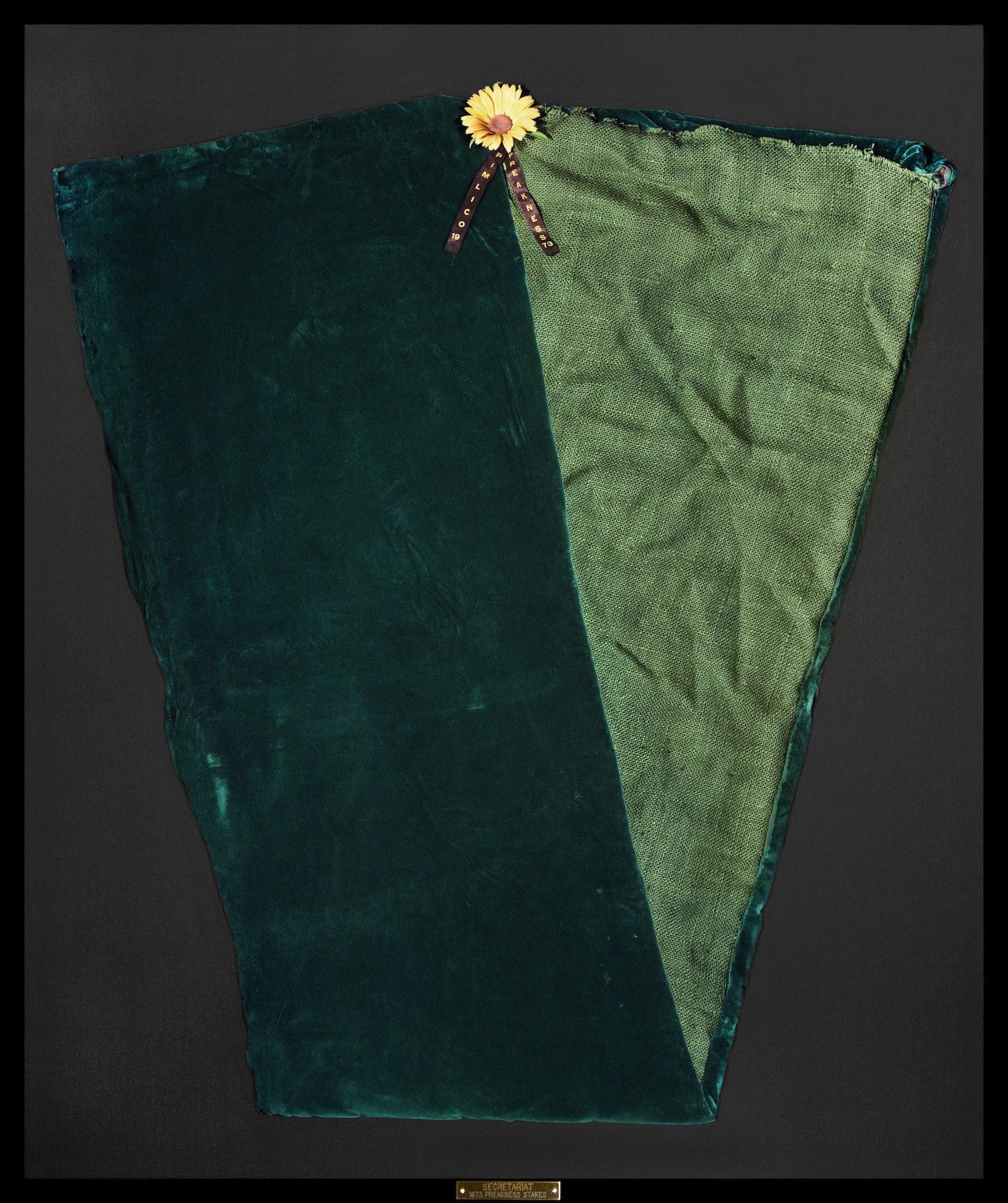 <p>Every so often, a very special original Secretariat artifact becomes available to the sport&rsquo;s auction community that allows a discerning collector the rare opportunity to own a piece of racing history. That time is now, as Lelands is proud to present the authentic 1973 Preakness garland that adorned Secretariat in the Pimlico Winner&rsquo;s Circle. The provenance for the 1973 Preakness garland, originally lush with traditional black-eyed Susans, originates from the private collection of Secretariat&rsquo;s owner Mrs. Penny Chenery, and has been catalogued in the Secretariat Archive Registry. It is the actual garland that adorned Secretariat in the winner&rsquo;s circle following his historic Preakness Stakes win at Pimlico, the middle jewel in the coveted and elusive Triple Crown of racing.</p><p>Coming into the classic race held May 19, 1973, Secretariat had two weeks prior put in a performance for the ages in winning the 99th Kentucky Derby in the track-record breaking time of 1:59 2/5. While some wondered if the Meadow Stable colt could duplicate his Derby form in the Preakness, the sky-high anticipation of the race was electric. As more than 60,000 watched at Pimlico while millions more tuned in to the CBS television broadcast, &ldquo;Big Red&rdquo; silenced any doubters with a performance that is now considered the rarest of gems. Jockey Ron Turcotte piloted Secretariat to the lead in an unexpected and unprecedented explosive move on the first turn, completely overwhelming the field and cruising to the wire. While Secretariat&rsquo;s commanding 2 1/2 length victory was historical fact, the official time for the race was far less definitive. Despite the racetrack&rsquo;s electronic timer blinking a fast, but not spectacular, final time of 1:55, the industry&rsquo;s most experienced and respected hand clockers along press row tracked the winning time as 1:53 2/5 which would have established a new Preakness stakes and Pimlico track record. Ultimately, the final time was modified by Pimlico officials and officially recorded as 1:54 2/5, and as most racing fans know, three weeks later Secretariat moved past the timer dispute with a jaw-dropping 31-length track record-breaking victory in the Belmont Stakes to the become the first Triple Crown winner in a quarter century. As Secretariat transcended into racing legend, his controversial official Preakness time continued to be scrutinized and debated for the next 39 years. In 2012, the Maryland Racing Commission finally settled the issue determining that Secretariat&rsquo;s final time was a record 1:53 flat. The ruling corrected history and officially underscored what many already knew &mdash; that the chestnut champion had set records in all three Triple Crown races, records that still stand today.</p><p>The presentation of the Preakness floral garland dates back to 1940 and remains an ongoing and time-honored tradition. The Secretariat garland was presented in the Pimlico Winner&rsquo;s Circle immediately following the race with Turcotte still aboard and trainer Lucien Laurin and Mrs. Chenery adjacent to the celebration. The historic garland and its presentation were extensively documented by numerous media outlets including the CBS nationally televised broadcast and numerous photos including the official Winner&rsquo;s Circle composite photo from the race. The garland emanates from the personal collection of Mrs. Chenery who elected to save it for her personal collection as a reminder of Secretariat&rsquo;s glorious achievements. While the actual Black-eyed Susan flowers originally affixed to the jute matte and green felt blanket have long since disappeared, many of their tiny dried-out remnants remain embedded within the contours and crevices of the woven burlap lining. The approximately 96x18&rdquo; garland has been meticulously museum-mounted in the shape of a &ldquo;V&rdquo; to show both sides of the historic relic. It rests within a classic black linen-backed wood frame shadowbox display that measures 50x42&rdquo; with a solid brass engraved descriptive plate. Adding to the physical timeline and appeal of the piece, an original souvenir Black-eyed Susan with decorative ribbons collected from the track that day has been affixed to the top of the garland. The framed garland is accompanied by a signed Letter of Authenticity as well as an official composite Winner&rsquo;s Circle photo documenting the race and ensuing celebration.</p><p>A great offering for a great cause with proceeds from the sale of the garland benefiting the non-profit equine welfare organization R.A.C.E. Fund, which helps racehorses in need of retirement and rescue from slaughter. Considered by many to be the greatest racehorse of all time, Secretariat is the most recognizable name in thoroughbred racing and a beloved hero to several generations of fans. In vivid testament to his enduring greatness, his record times in all three of these American classic races still stand today. After retiring from racing Secretariat went on to sire 653 foals over a 16 year stud career. His illustrious bloodline as well as his impact on the racing industry can still be felt today through his popular descendants which include 2015 Triple Crown winner American Pharoah and racing&rsquo;s all time leading earner California Chrome. More than four decades since Secretariat first graced the track, he remains the benchmark for athletic excellence and his legacy as a cultural icon transcends the sport.</p>