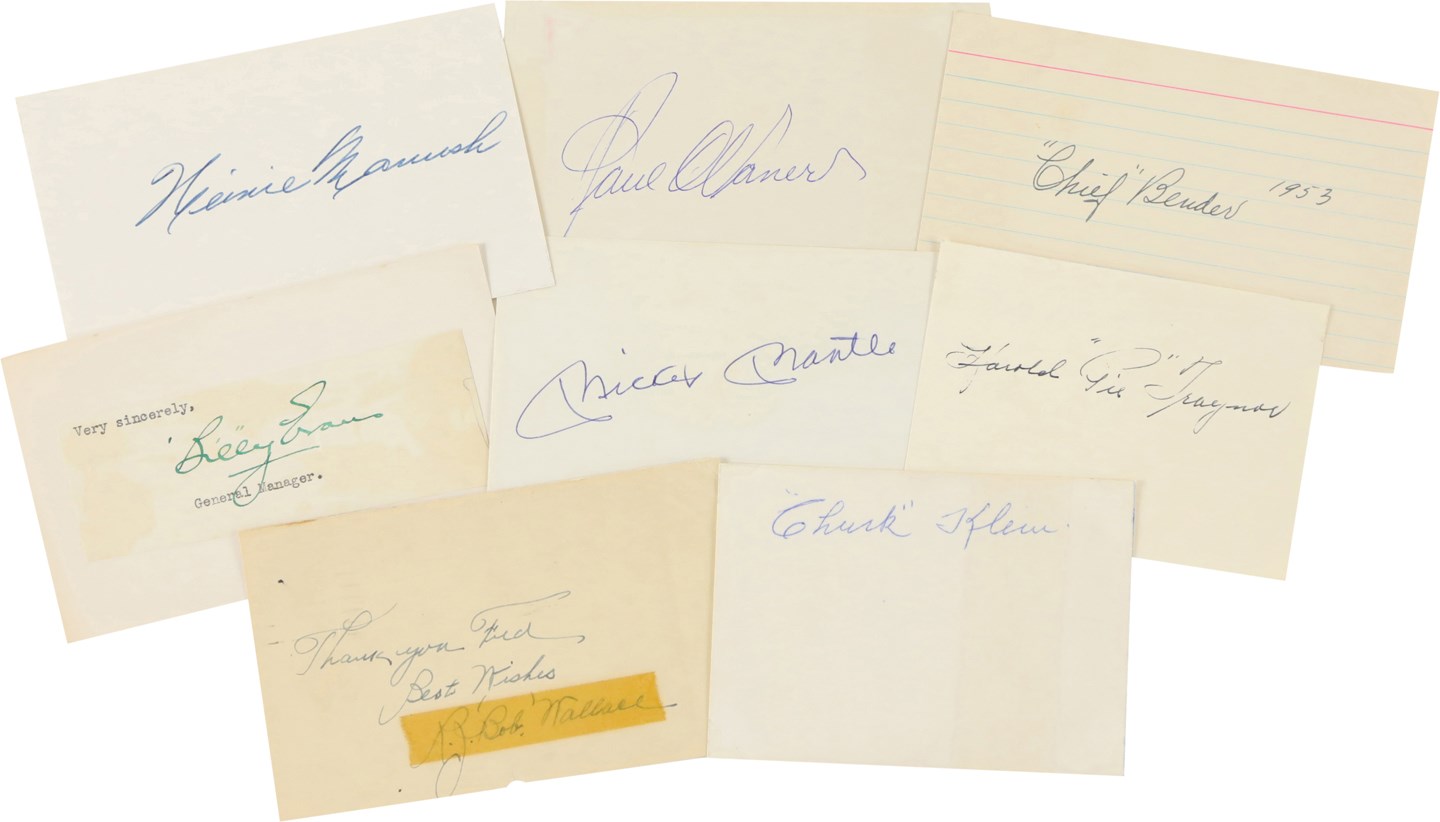 <p>Collection of 52 postcards, each individually signed by a member of the Baseball Hall of Fame. Nearly all the items in the collection are actual postcards (both lined and unlined), but a few government postcards are also included. The majority of the signatures are scripted directly on the card, but a few are on cuts affixed to the card. The signatures, scripted in a variety of inks, range from 6/10 to 10/10, averaging 9/10. Some of the cards are slightly trimmed, otherwise they are in Excellent condition overall. The number of signed postcards for each player (if more than one) is noted in parentheses.&nbsp;</p><p>The players represented in the collection are&nbsp;<span style="font-size: 10pt;">Bancroft, Bender, Carey, Conlan, Coveleski, Crawford, Dean, Evans, Faber, Ferrell, Flick, Gehringer, Gomez, Goslin, Grove, Hafey (2), Harridge (on a trimmed government postcard postmarked 7/30/40), Hartnett (2, one on a government postcard postmarked 9/29/53), Hoyt (2), Hubbell, T. Jackson, J. Johnson, Kelly, Killebrew, Klein, Leonard, Lombardi, Lyons (2), Mantle, Manush, Mack (government postcard postmarked 3/8/50), Mathews (2), McCarthy, McKechnie, Medwick, Schalk, Sisler (2), Stengel, Terry, Traynor, Wallace (a piece of tape covers the signature), L. Waner (2, one includes a brief handwritten note), P. Waner, Weaver, and Yawkey. Also included is an index card signed by Johnny Vander Meer, the only player in Major League history to pitch consecutive no hitters.<br></span></p>