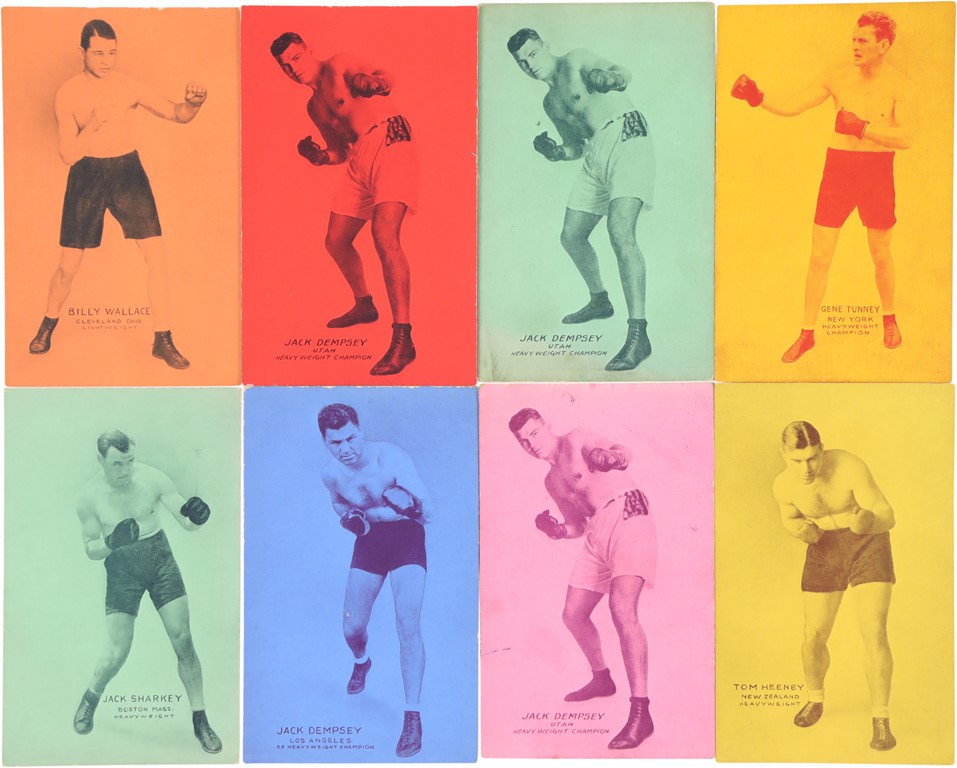 This issue of multiple series originated in 1925 as a postcard backed set in black and white or purple with 1924 statistics on back. It was then reformatted and reprinted for four years without statistics. The last redesign replaced 8 cards with new cards in different &lsquo;fancy&rsquo; typeface. Although nearly all of the cards say &ldquo;Not To Be Used In Exhibit Machines&rdquo; on the back, the issue was indeed an ESCO issue as they are on rare occasion found with both that legend and an ESCO coupon. In all likelihood they were meant to sell as postcards to compete with other postcard manufacturers. The cards come in a variety of colors; it is the deep blue version that gave the set its nickname. This lot includes a wide variety of colors and could be supplemented with a few additional cards to make multiple complete sets of the base cards. It breaks down as follows: 1925 series: Harry Greb (purple), Gene Tunney. 1926-29 series (112; 31 different with a variety of colors) including HOFers Dempsey (5), Tunney (3), Leonard (5), Britton, Callahan, Carpentier, Dundee, Criqui, Delaney, Loughran, Mandell, Shade, Tendler, Walker, Willard. Fancy Script (3): Slattery, Schmeling (2)