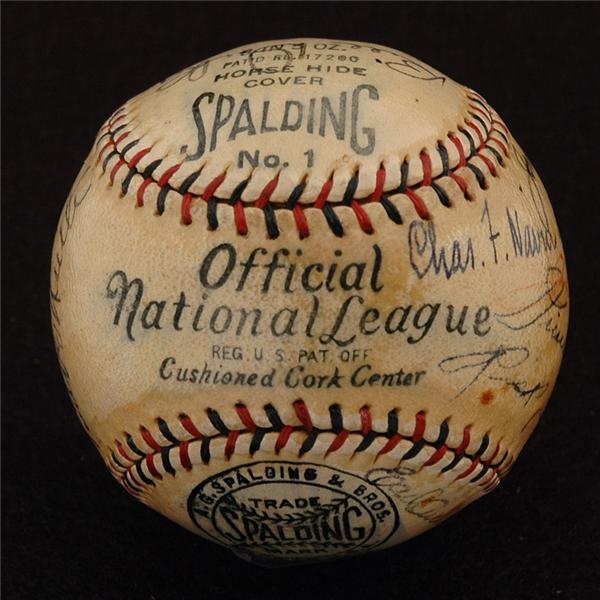 The All-Star Game made its debut on July 6, 1933, at Chicago’s Comiskey Park. It was initiated at the insistence of Arch Ward, a sports editor for the Chicago Tribune, to coincide with the celebration of the city’s “Century of Progress” Exposition. Official NL Baseball has been shellacked but remains in EX condition. Signatures are overall 8/10 with Lou Gehrig (9+) and Babe Ruth (8). Others include Dickey, Grove, Simmons, Lazzeri, Gehringer, Rommel, West, Averill, Dykes, Gomez, Foxx, R. Ferrell, Crowder, Cronin, Chapman, W. Ferrell, Hilderand, and owners Thomas Shibe and Clark Griffith. The single best All Star team baseball to have, this was not only the first ever All Star Game but also one of the best baseball teams to ever be assembled. 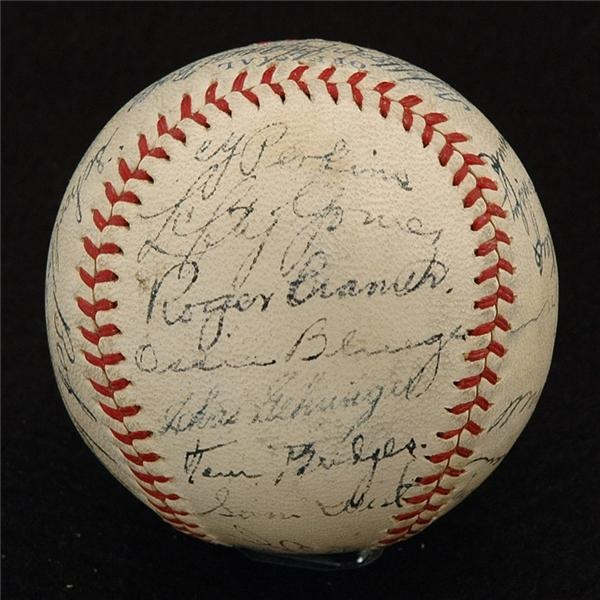 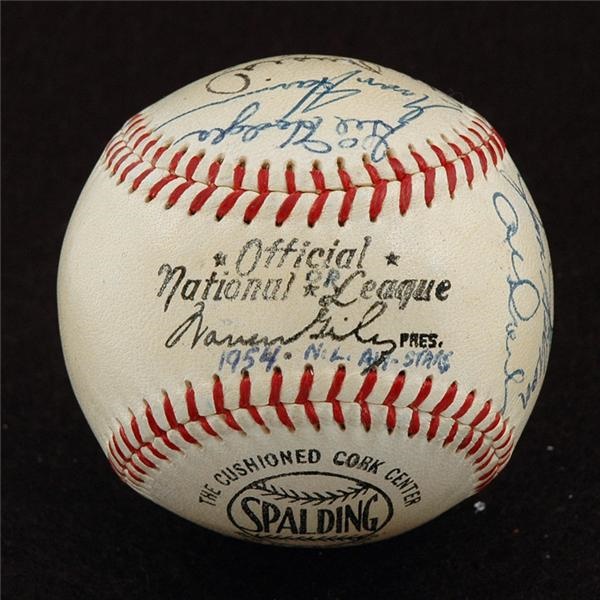 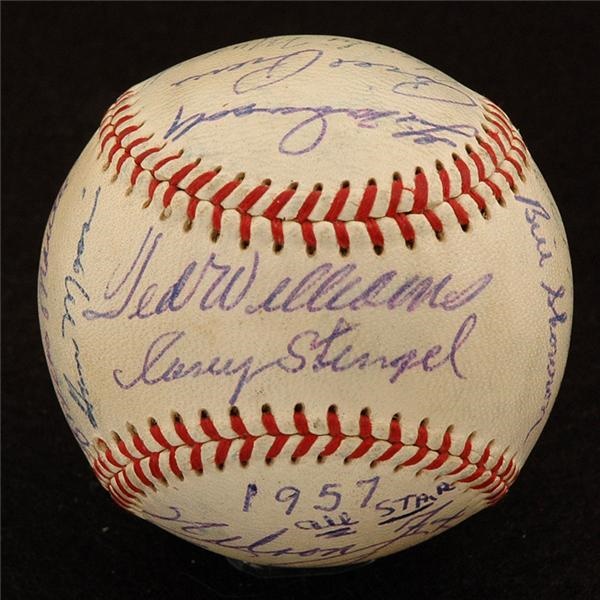 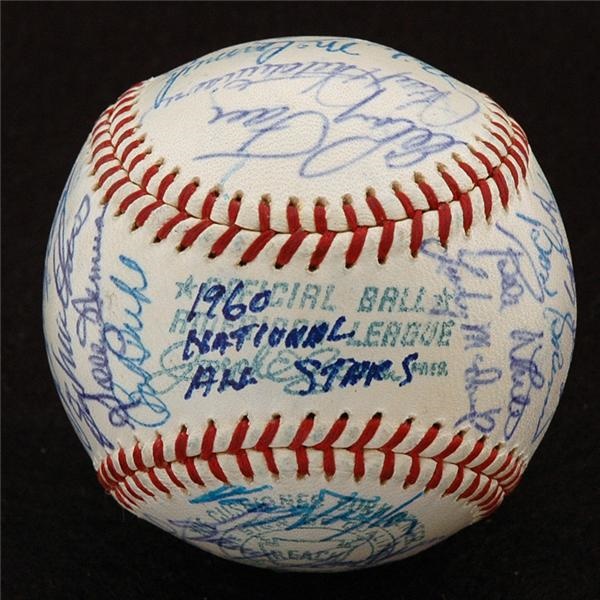 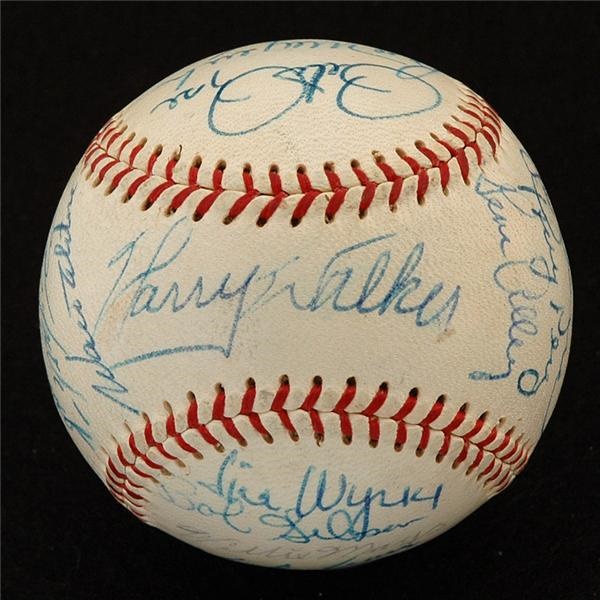 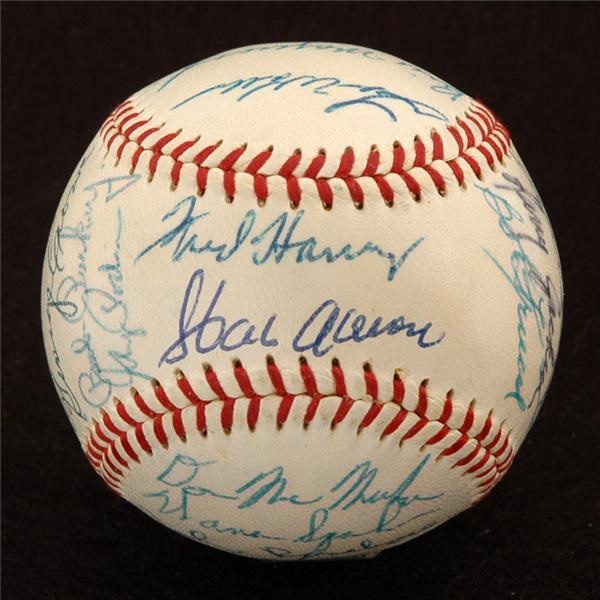 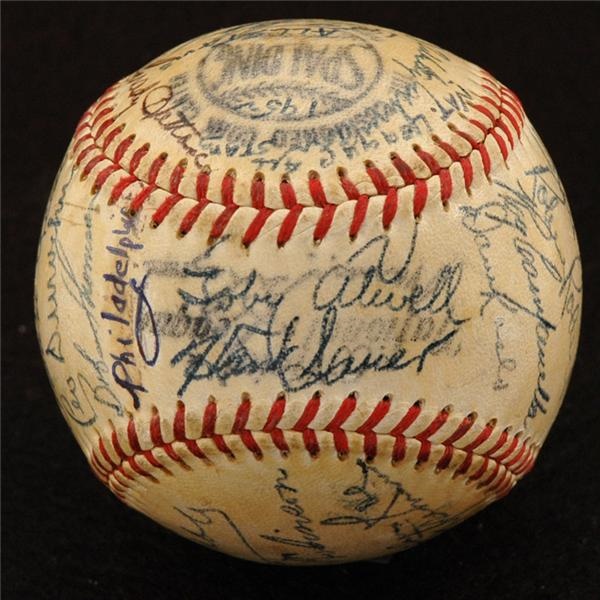