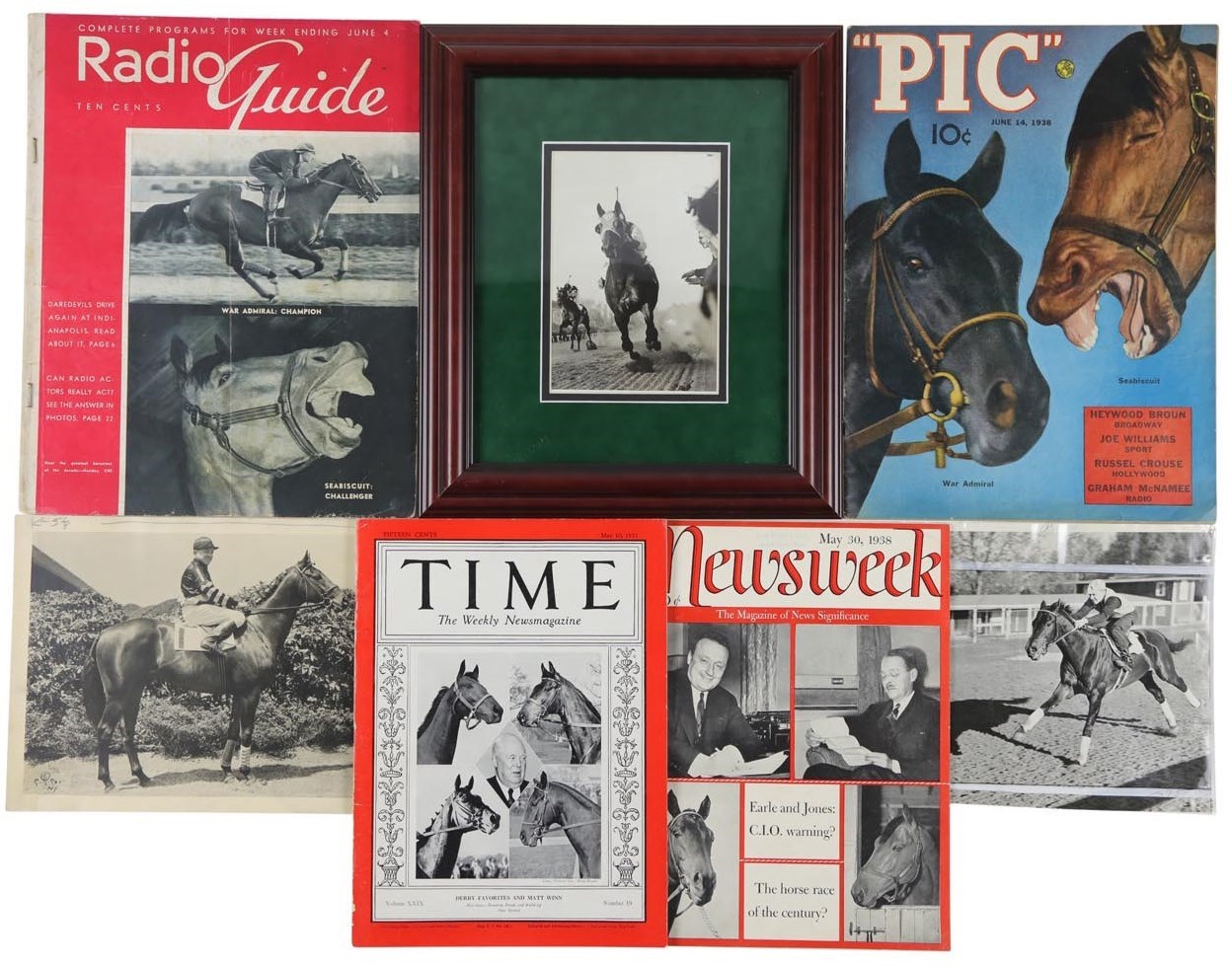 In 1938, the country was riveted to their radios mesmerized by the match race between War Admiral and Seabiscuit announced by the gravelly voice of Clem McCarthy. It was reported to have had as many as 40 million listening around the globe. In reliving that famous November 1, the race and the build-up days before the event are captured below. 1) Original photographs (8). All contained in an archival binder with the magazines. A) Originally, the match was to take place on Memorial Day at Belmont Park. Posing there in the winner&rsquo;s circle to promote the event is War Admiral, Charley Kurtsinger up, taken by famed photographer C. C. Cook. B) Prior to race day are three photos: Owners Charles Howard &amp; Sam Riddle (see p. 245 in Laura Hillenbrand&rsquo;s book on Seabiscuit - special illustrated collector&rsquo;s edition), War Admiral arriving at Pimlico and War Admiral working out at Pimlico. C) Four Race Day photos: Post Parade, The only time War Admiral put his nose in front, organizer of the race and track president, Alfred Vanderbilt, watching the race unfold, and The finish. 2) Framed photograph featuring the head-on stretch run. 3) Four complete magazines featuring both Seabiscuit and War Admiral on the front cover of each. The first three below were featured in Hillenbrand&rsquo;s book on page 201. 1) Newsweek, May 30, 1938. 2) PIC, June 16, 1938. 3) Radio Media Guide, June 4, 1938. &amp; 4) Time, November 19, 1937. In addition to being extremely valuable and an important part of racing memorabilia, the items are mostly NRMT or MINT. The vintage Type I photographs capture some terrific images and are from some of the iconic photographers of the time to include: World Wide Photos, Acme, Cook, and International News Photos. The two scenes of the finish and the post parade alone are classics and have appeared in elite auctions and publications.