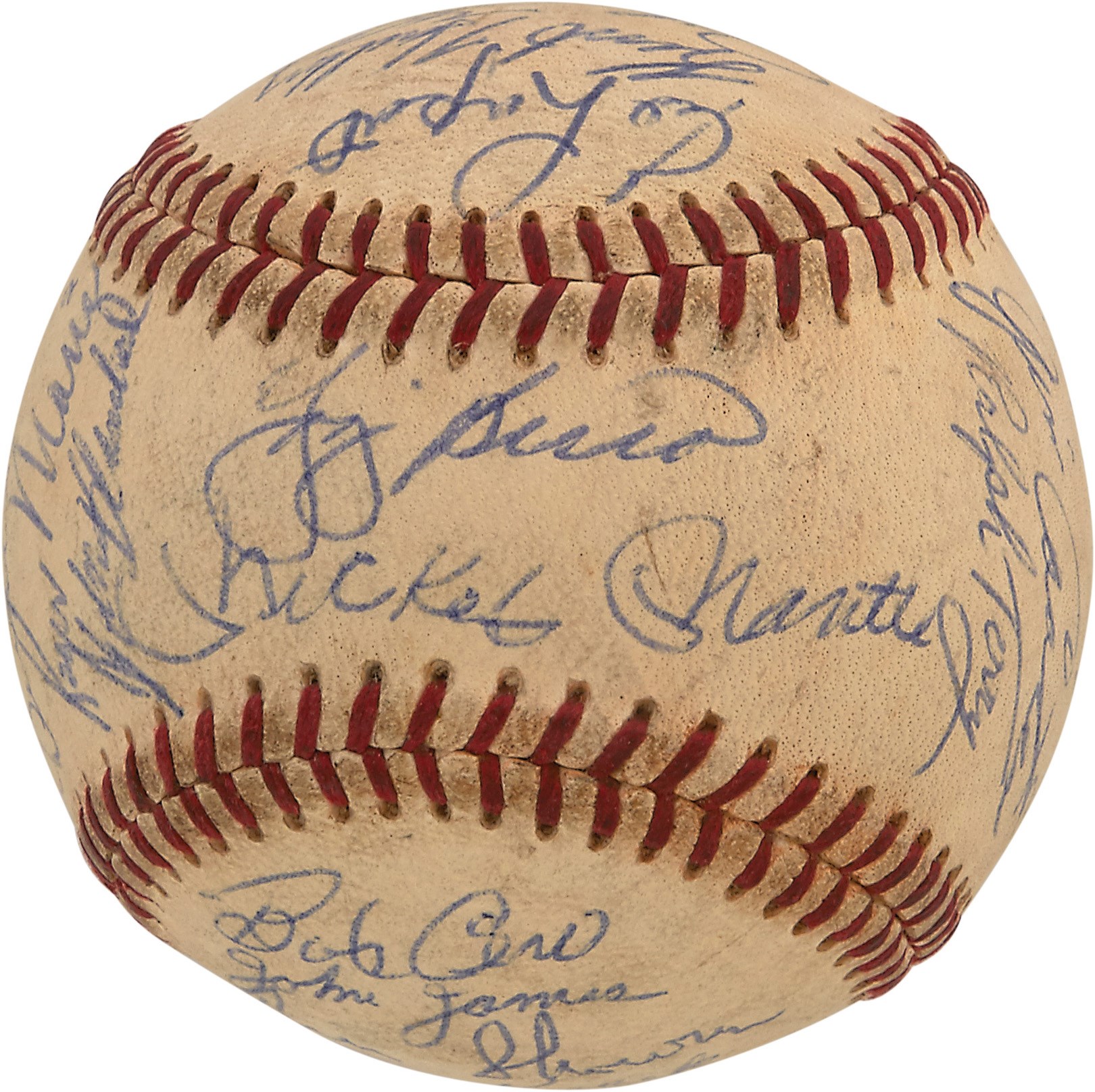 After a truly dominant decade in the 1950s which saw them win six World Series championships, the Yankees entered 1960 ready to do it all again led by Yankee great Mickey Mantle and the newly acquired Roger Maris. The Yanks won the pennant with ease that year, but failed to add to their trophy case after being defeated by the Pittsburgh Pirates in the World Series in seven games. Though they fell just short, the year was a breakout season for Maris. He led the league in a few major statistical categories, won a Gold Glove, and also nabbed the AL MVP Award. This ball, signed by the 1960 Yankees, has 31 signatures in all including Mantle, Maris, Stengel, Maas, Dickey, Berra, Ford, Howard, Lopat, Crosetti and Houk. There are ZERO clubhouse! The Mick and Berra appear on the sweet spot of this OAL (Cronin) ball that rates 6, while the signatures are 7.5. It was obtained in-person in 1960. Includes PSA LOA.