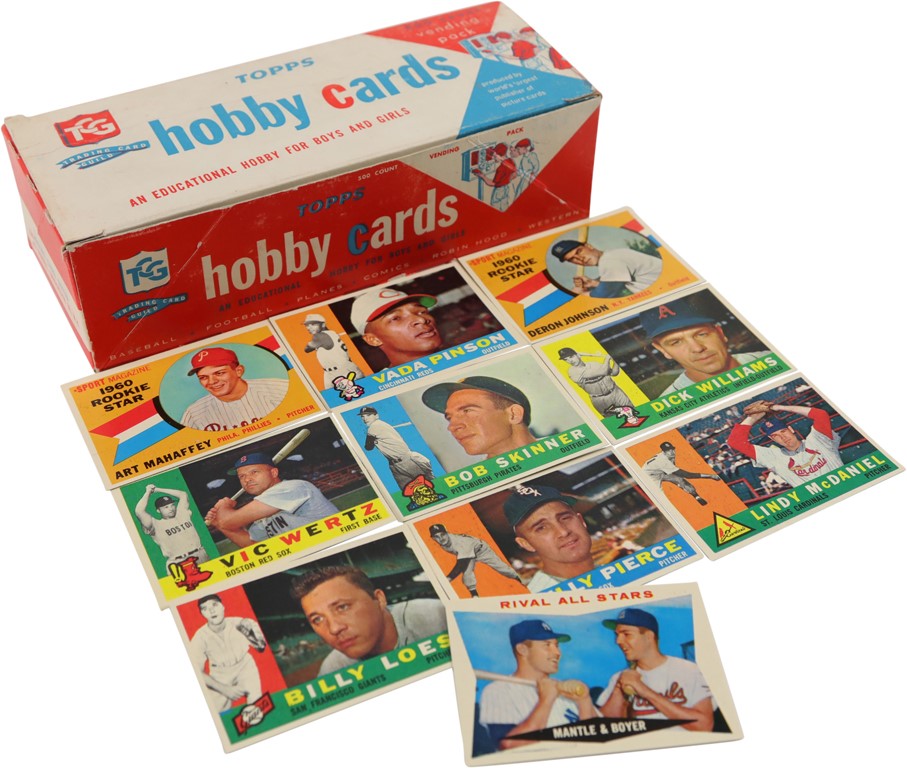 From an old-time collection, this 500 count vending box has not seen the light of day since it was purchased in the 1960s. At the time of purchase, the original owner did go through and pick out a handful of super star cards (including the Yaz rookie) and then put the cards back in the box and let it sit for 55 plus years. What remains in the box are over 480 cards from the 1960 Topps baseball 2nd series (card numbers 111-198). The only major imperfections are from the factory and include issues with centering and print marks. Otherwise, there are some near-perfect cards here with beautiful gloss, sharp corners, and clean backs. There are duplicates as would be expected. Some of the names include Mantle/Boyer (Rival All-Stars), Face/Wilhelm (Fork &amp; Knuckler), Reds Team, Giants Team, Kaat (Rookie), Howard (Rookie), Piersall, Thomson, Martin, Pinson, Loes, Pierce, Wertz, D. Williams, and many more. Original box is Very Good.