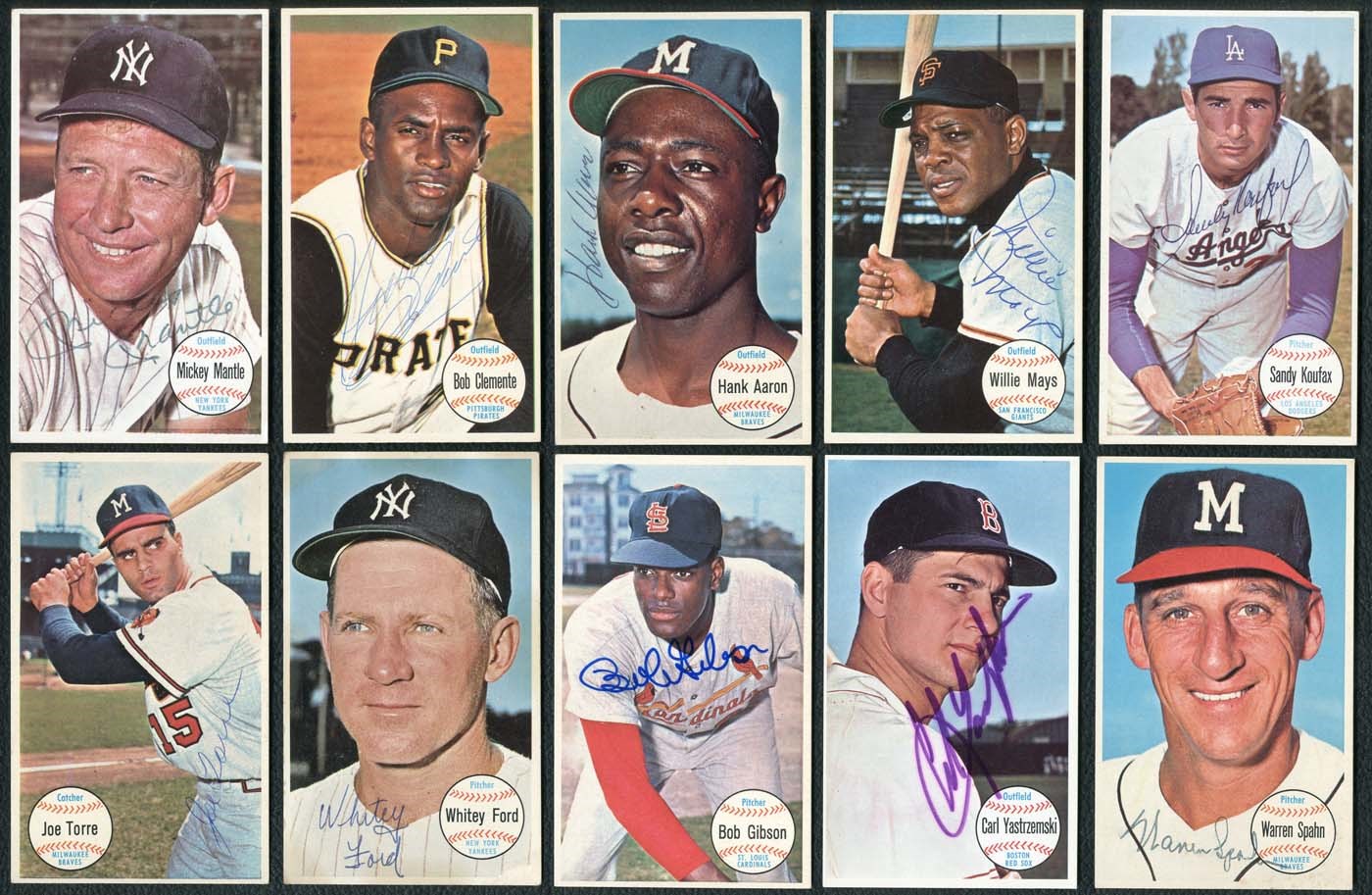 <p>Because of the star power, overall size and clean, attractive design, the 1964 Topps Giants have always been one of the most popular and widely collected signed baseball card sets. <span style="text-decoration: underline;">This beautifully signed near-complete set contains 48 cards in the 60 card set; missing only #1 Peters, 11 Clemente (secretarial), 13 Fox, 17 Ellsworth, 20 Hinton, 32 Pascual, 33 Ward, 52 B. Williams, 53 Pizzaro, 55 Cepeda and 56 Pinson for completion</span>. There is an additional #37 Marichal signed card for a total of 49 signed cards! The signatures, penned in a variety of inks on the front, range from "7-10" averaging "8/10.&rdquo; </p><p>It should be noted that while Boyer and Clemente (both secretarial) and Fox are missing, signed examples of these three HOFers are not impossible to find. <strong>The key rarity in signed form for this set is actually #22 Dick Farrell and the example in this near set is a beautiful blue ink signature, encapsulated by SGC</strong>. After his Major League career ended in 1969, Farrell moved to England and was virtually inaccessible to collectors seeking his autograph from that time until he died overseas in 1977. Includes: <strong>#4 Koufax, 7 Ford (secretarial), 12 Kaline, 21 E. Howard, 22 Farrell (SGC AUTHENTIC), 25 Mantle, 38 Killebrew, 39 Aparicio, 48 Yastrzemski (light bleed), 49 Aaron and 51 Mays (secretarial).</strong></p>