<p>Presented is the regular 8-man starting position line-up of the 1976 Big Red Machine, that year's World Champions, all signing on one red bat. The 1976 Reds were a absolute powerhouse. In the regular season, the team went 102-60. The swept the Philadelphia Phillies 3-0 in the playoffs for the National league crown, and the&nbsp; Reds then swept the New York Yankees in the World Series. Pete Rose, Joe Morgan, Ken Griffey, Cesar Geronimo, and George Foster each hit over .300, with Foster leading the team in home runs (29) and RBI (121). Signing: Joe Morgan HOF), 2B; Ken Griffey, OF; Cesar Geronimo, OF; George Foster, OF; David Concepcion, SS; Johnny Bench (HOF), C; Tony Perez (HOF), 1B; and Pete Rose (all-time MLB hits leader), 3B. The ceremonial Hillerich and Bradsby Louisville Slugger 125 bat has a length of 34" and a weight of approx. 27 oz. On the barrel of the red bat is imprinted "1976 WORLD CHAMPIONS/CINCINNATI" in gold colored lettering. Four stars, two on each side, flank the "1976," the stars indicating the 1976 marked the Cincinnati Reds fourth World Series triumph. The signatures. all signed in black, rate 8/10, and the bat is NM-MT. The bat has great visual appeal and carries the signatures of the starting lineup of one of baseball's most iconic teams.</p> 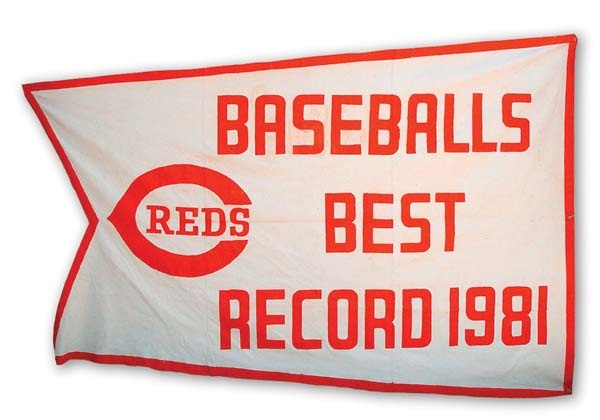 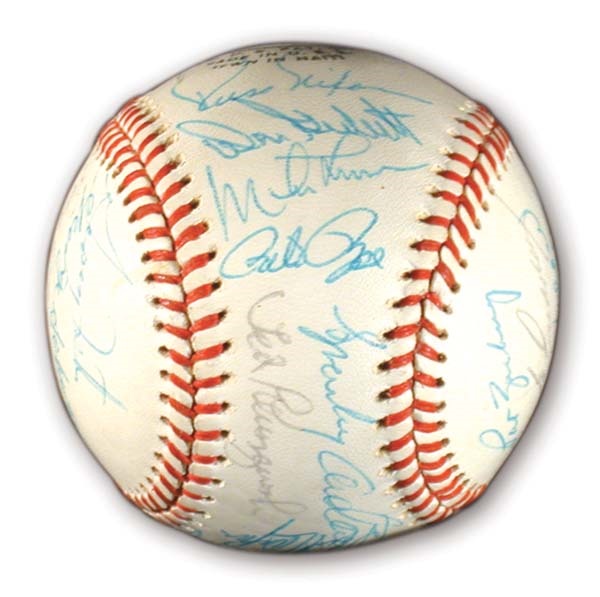 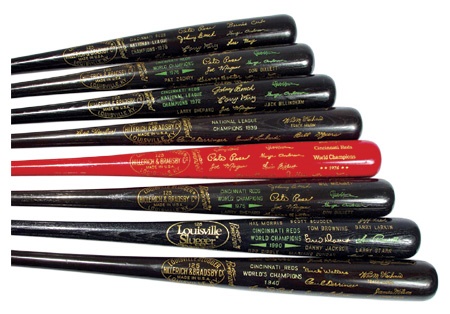 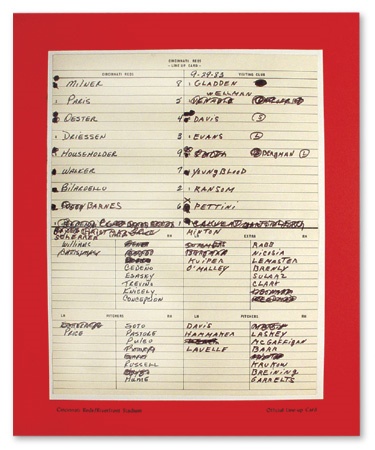 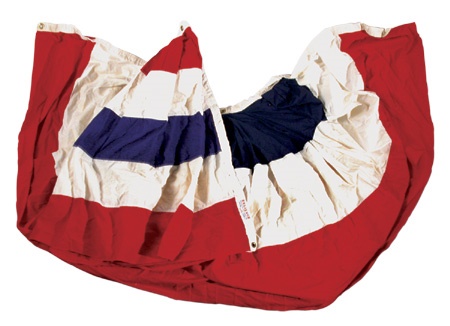