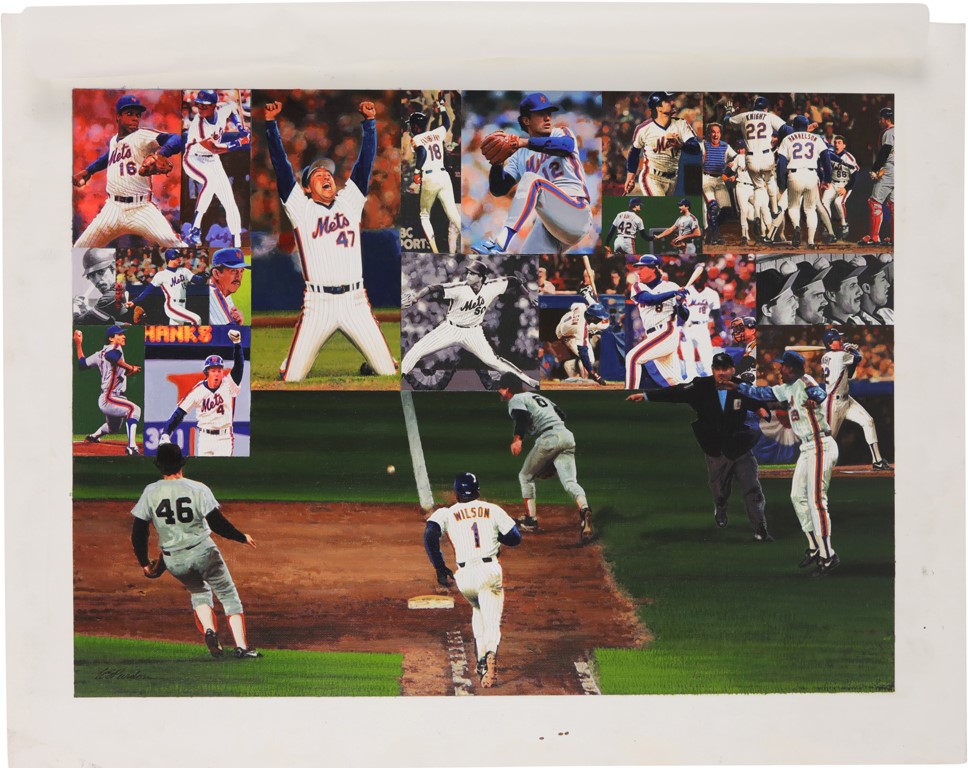 Once the darlings of New York City, the Mets had completely collapsed during the late 1970&rsquo;s. Their home park, Shea Stadium had come to be known as &ldquo;Grant&rsquo;s Tomb&rdquo; which reflected the complete disdain of the man running the team, the quality of the players on the field, and the total lack of fan support. However, new ownership took over in 1980 and, under the direction of general manager Frank Cashen, the team started to rebuild. Buoyed by back to back Rookie of the Year winners, Dwight Gooden and Darryl Strawberry, the team rose to second in 1984, and then followed that in 1985 with a 98 win season. Unfortunately, that was only good for second place in the NL East. The team was poised to dominate in 1986, and boy did they. They rolled to the NL east pennant, piling up 108 wins and finishing 21 &frac12; games ahead of second place Philadelphia. In the national league playoffs against Houston, they won three gut- wrenching extra inning games, including a 16 inning marathon in the clinching game six. In the fall classic, against Boston, the team lost the first two games at home, but then staged a miraculous climb to the championship. They took two of the three games at Fenway Park, and then won improbable game six in New York, rallying for three runs with two out in the bottom of the tenth inning to secure a 6-5 victory. In the seventh and decisive game, the Mets rallied from a 3-0 deficit to post an 8-5 victory and win their second world championship. This original Bill Purdom painting captures the essence of this magical time with renderings of fan favorites Gooden, Darling, Dykstra, Wilson, Orosco, Hernandez, and Carter figuring prominently in the piece. The piece measures 26" by 20". An excellent example of renowned sports artist Bill Purdom's work.