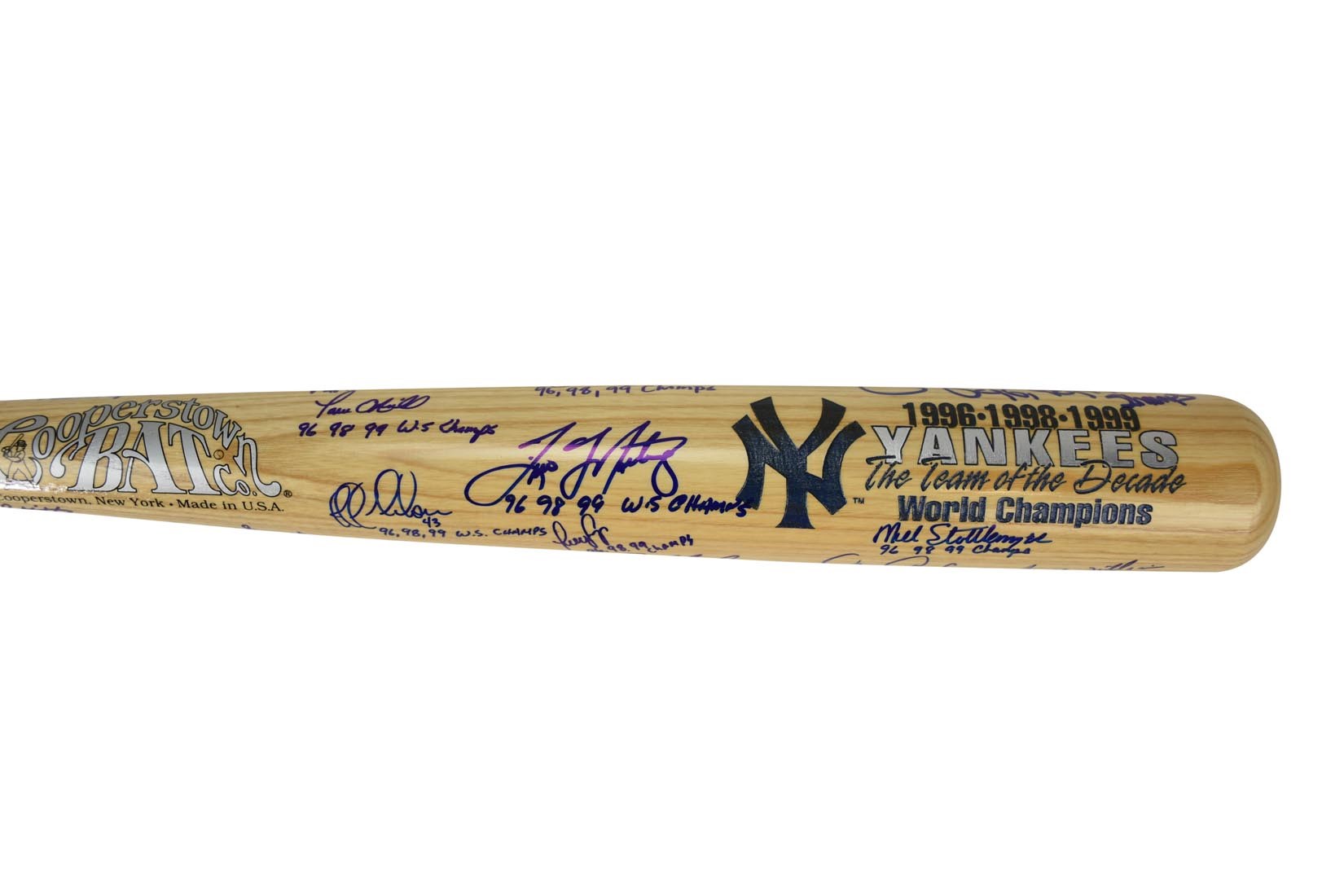 Superb bat signed by 20 members of the most recent incarnation of a New York Yankees dynasty, including the players that won the World Series with the Bronx Bombers in 1996, 1998, and 1999. The autographs include Jeter, Rivera, Posada, Pettitte, Williams, O'Neill, Martinez, Torre, Cone, Strawberry, Sojo, Stottlemyre, Nelson, Mendoza, Zimmer, Chambliss and more. Everyone inscribed "96, 98, 99 WS Champs" while Torre inscribed "Team of the Decade." Signatures rate a perfect 10/10 on a Cooperstown NY Yankees bat with Limited Edition engraved "1 of 25." <span style="font-size: 13px;">Comes certified by PSA.</span>