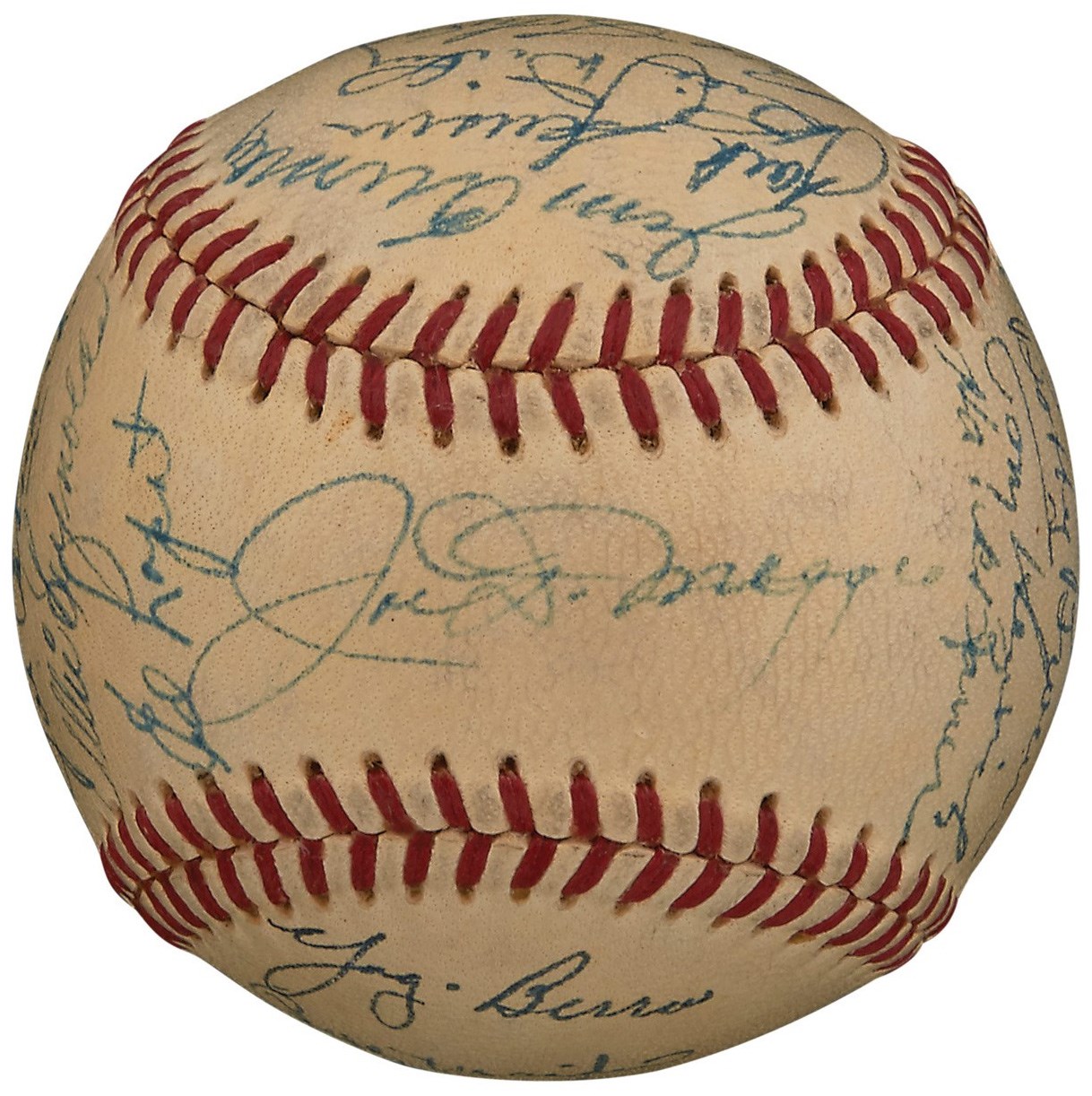 Even by Yankee standards, the early 1950s were a highly productive period. Fresh off a World Series victory in 1949, the 1950 New York Yankees accomplished the feat again under legendary manager Casey Stengel, and would go on to rattle off three more in a row. This ball signed by the 1950 squad features the signatures of numerous Yankee greats, perhaps none more important than the larger-than-life Joe DiMaggio, which can be found on the sweet spot. Also appearing on the ball are Stengel, Yogi Berra, Phil Rizzuto, Billy Martin, Bill Dickey, Whitey Ford, Johnny Mize, Frankie Crosetti, Joe Page, Gene Woodling, Ralph Houk, Eddie Lopat, Vic Raschi, Allie Reynolds and more. There are ZERO clubhouse! In all, 27 signatures rated 7.5/10 appear on this Official American League (Harridge) ball in Near Mint condition. Includes PSA LOA.