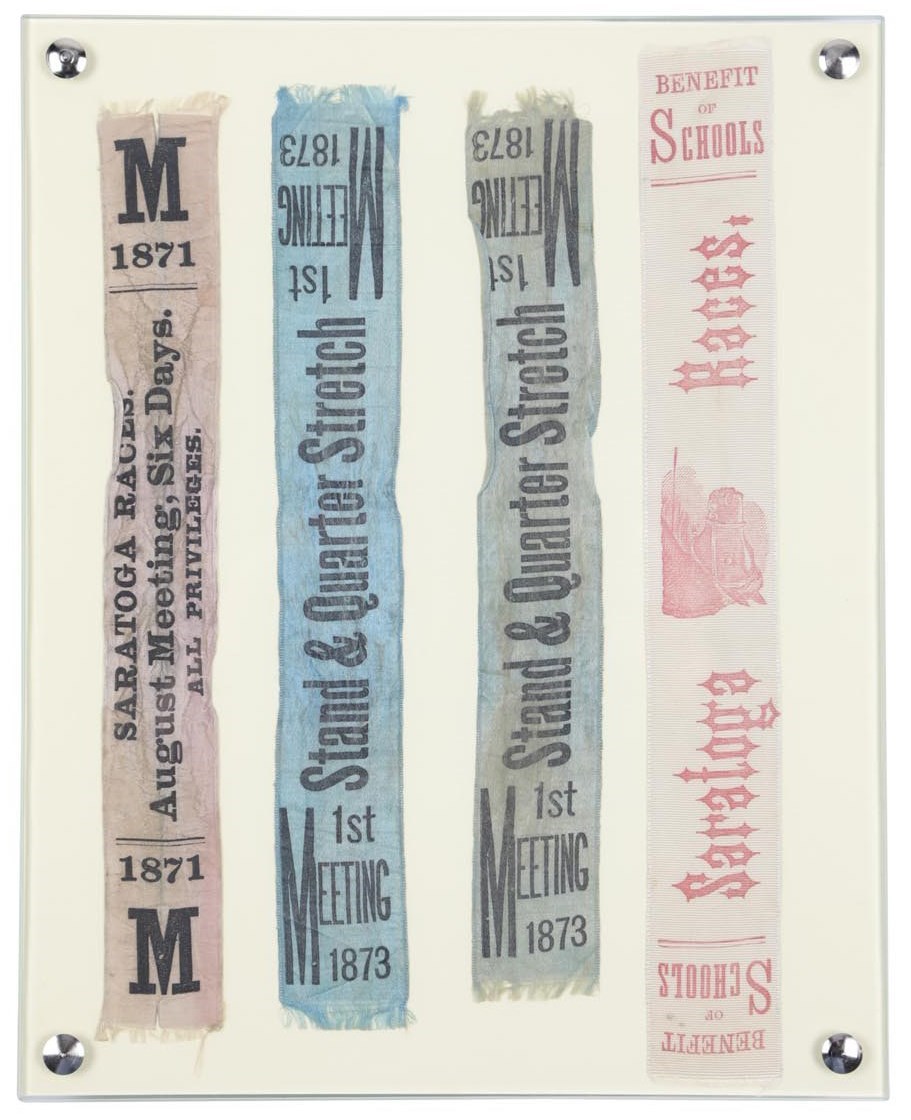 These incredible admission ribbons, representing the early years of the sport, formerly had been prominently displayed at the National Museum of Racing in Saratoga Springs. They are all extremely rare, nearly impossible to locate, and a unique find today. They were issued to provide the track attendee specific privileges at the racetrack. The Quarter Stretch was a special area established for jockeys, trainers, and owners to freely mingle, even among bookmakers. 1) 1871 - admission to all days for the second six-day meeting in August (the 16th, 17th, 18th, 19th, 22nd, and 23rd). In addition to Longfellow &amp; Joe Daniels winning, Harry Bassett won the Kenner Stakes. 2) 1873 - admission for the first of two meetings consisting of five days July 24th, 26th, 29th, &amp; 30th, plus August 2nd. Light blue, no date. 3) 1873 - also for the first meeting, light green, no date. 4) 1874 - in addition to the regular meeting, a benefit day was established for the school village fund, the 22nd of August. Both races on the flat were won by jockeys weighing 87 and 83 pounds! The hurdle race took three heats and it was extremely rare at the time for cash payments to be paid to the 3rd place finisher.