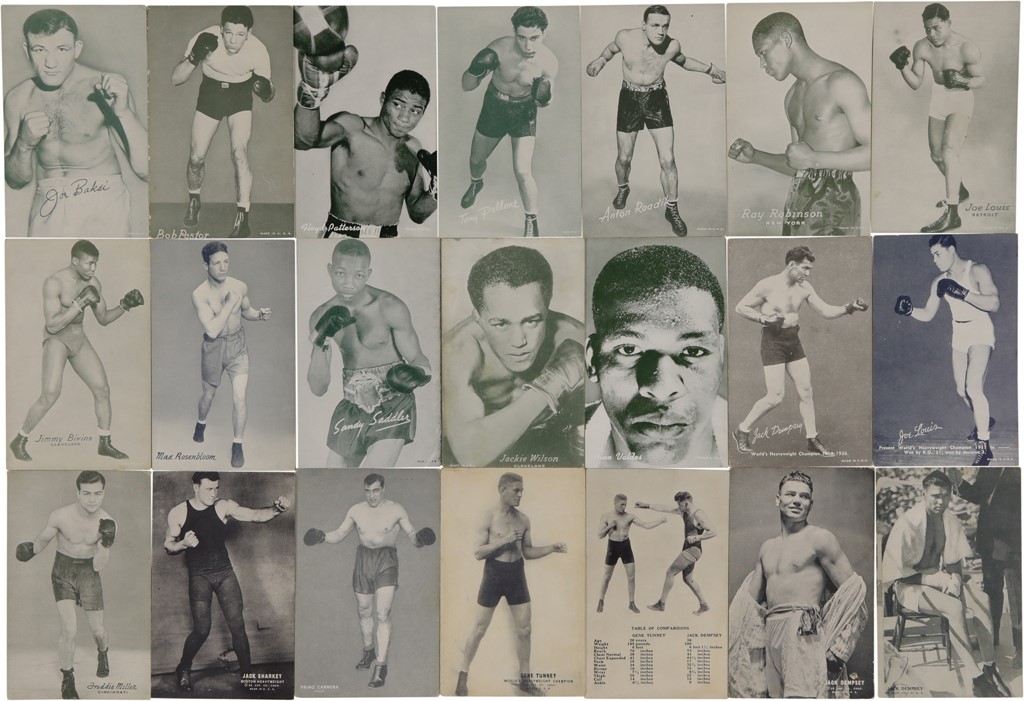 Beginning in the 1930's and extending over the next several decades, ESCO issued new series of cards using old images and new images in various formats. The last lot of 16 different boxers was issued in the mid-1960's with some reprinted on lighter stock as late as the early 1970's before the company collapsed. A count of unique fighters exceeds 300 with an unknown and probably unknowable number of minute variations reflecting their inclusion in various print runs. The cards from the early 1930's, during the depth of the Great Depression, are the rarest. The fighter selection generally mirrored the top-ten in each weight class as specified in The Ring Magazine rankings. This lot contains 870 cards with highlights including: Braddock, Brouillard (2), Canzoneri (3), Carnera (8), Clay (2), Damo, Little Dempsey, 1948 Exhibit Champions Dempsey (3), Escobar, Slug (3 diff), Graziano (6), La Motta (5, w/1 used as advertising), Levinsky, Lewis, Joe Louis (11), Liston (5), Marciano (7), Montana (2), Patterson (8), Robinson (12), Rosenbloom (6), Ross (3), Schmeling (2), Little Villa (2), Walcott (4). Many print variations.