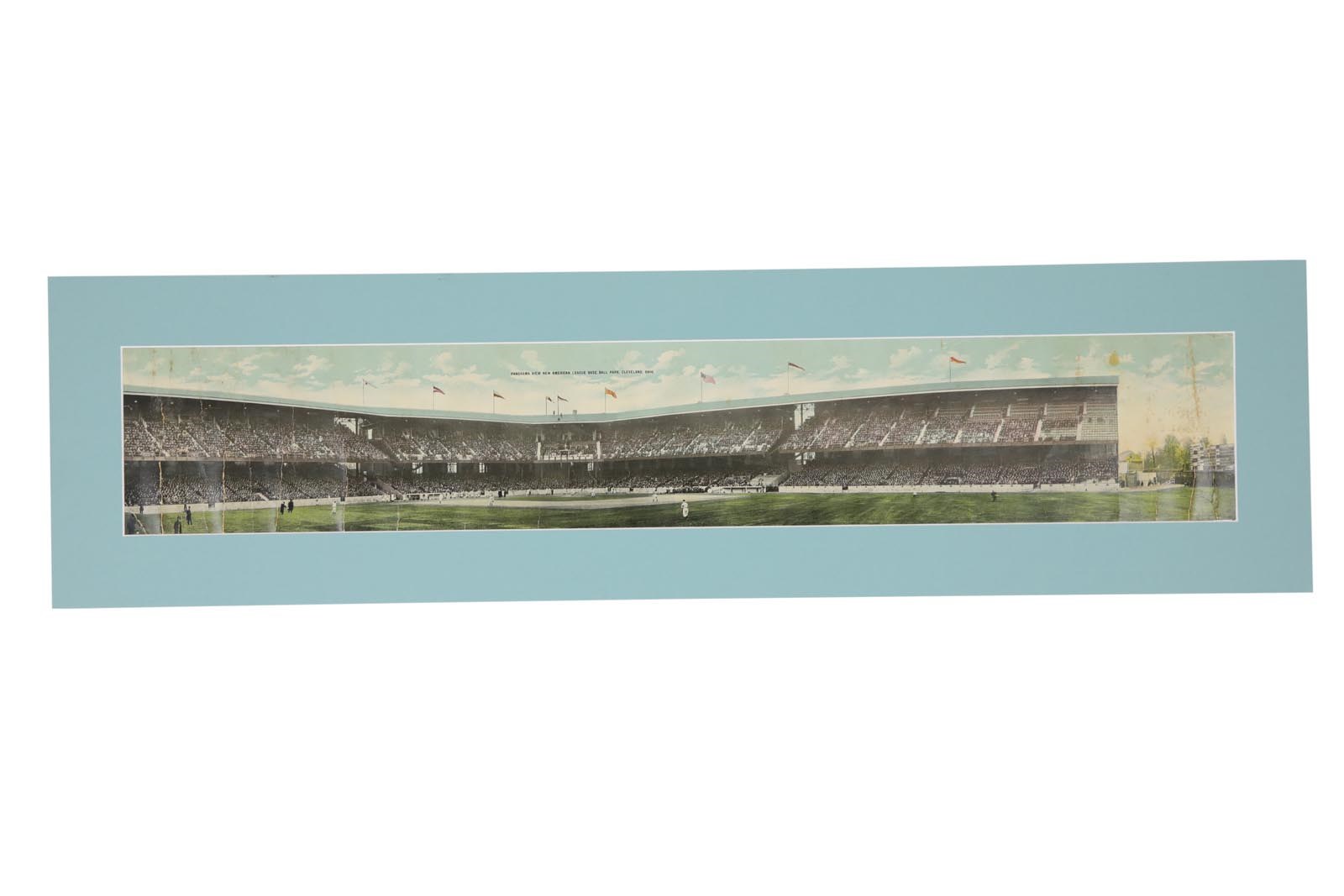 Only one we've negotiated. Yes, it's a postcard, but it's a Major League panorama postcard, measuring an immense 9.25x35". Photo, which is colorized, shows a fascinating look back into time at the April 21st. opening of the new stadium for the Cleveland Naps, so-called for a number of years (instead of Indians) in honor of the their playing manager, Nap Lajoie. League Park was originally built in 1891, and was home to the Cleveland Spiders of the National League. It was a wooden ball park, and the 1910 edifice is a new stadium, this time made of concrete and steel. Appears to be pre-game, but even in warm-ups, in this dead ball era, see how close the outfielders are. This game featured baseball immortals. Ty Cobb played for the visiting Detroit Tigers. Cy Young started for Cleveland, winner of 511 games in baseball. But unfortunately for Cleveland, this wasn't one of them, and the Tigers beat him 5-0. The Indians (no longer Naps) started to play some of their home games in the much larger Cleveland Stadium in the late thirties and then used both League Park and Cleveland Stadium as their home fields in the 1940's. Also using League Park for a home field were the Cleveland Buckeyes of the Negro American League. The Cleveland Rams of the NFL, before they became the Los Angeles Rams, also called League Park home. The Indians abandoned League Park entirely after the 1946 season. Some creasing. Sits in matte. Can be removed.