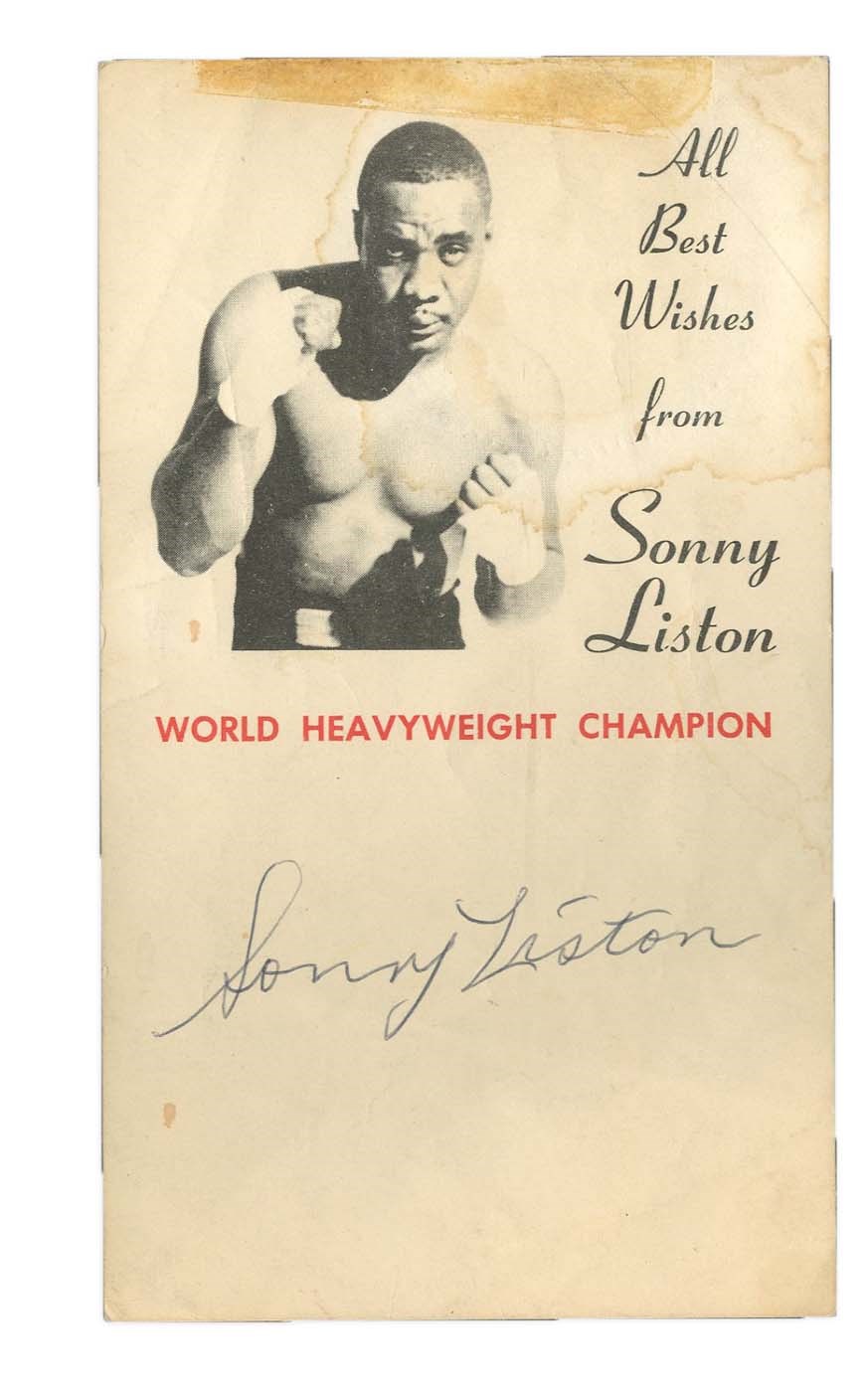 Charles (Sonny) Liston was born May 8, 1932, in St. Francis County, Arkansas. On September 25, 1962, he won the World Heavyweight Title from Floyd Patterson. He later lost that title on February 25, 1964, to Cassius Clay. In his career he fought and defeated many of the outstanding heavyweights in the division including Eddie Machen, Cleveland Williams (twice), Zora Folley, Mike DeJohn, and Nino Valdes. Liston's last fight was his June 29, 1969, bout with Chuck Wepner. His final record was 50-3-1. Great controversy surrounded Sonny's death on December 30, 1970. Offered here is an illustrated Sonny Liston handout which he has boldly signed in ink. This is a circa 1962-1963, paper handout of Liston in fight pose which he has boldly signed in ballpoint pen. Bold, clear image. Several folds. On top border there is a small stain, otherwise clean. 3.5x6." Comes with SGC and PSA LOAs.