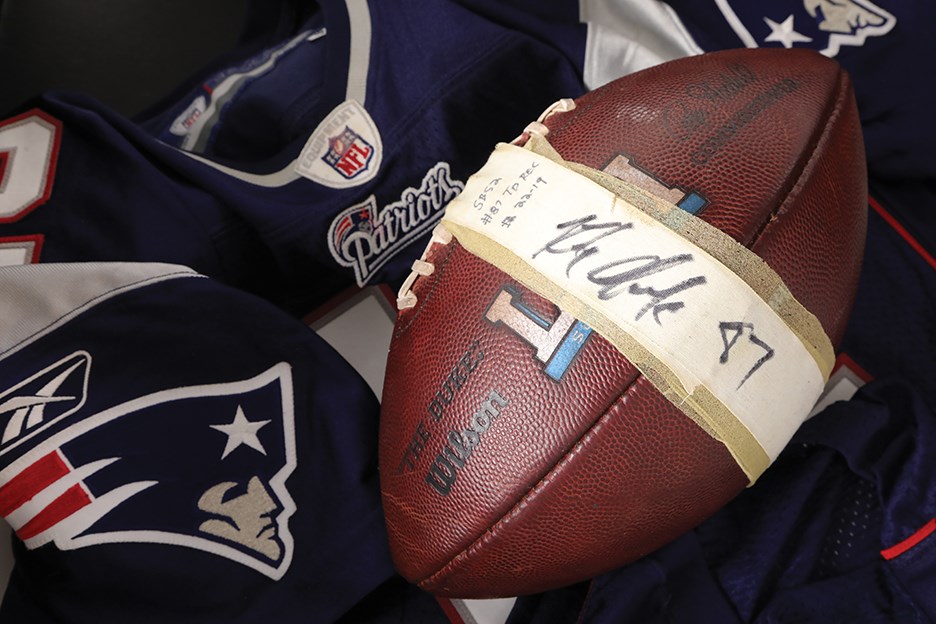 <p>Historically significant Super Bowl LII football used to record the first touchdown of the second half by the New England Patriots on a five-year pass from Tom Brady to Rob Gronkowski. While any football used to score a Super Bowl touchdown would qualify as a special piece, the offered example is especially noteworthy because it directly involves two players who many feel are the greatest in the history of the game at their respective positions. The ball was also used in the compilation of four separate Super Bowl records held, collectively by Brady and Gronkowski. Its provenance is equally impressive: our consignor obtained this ball directly from Rob Gronkowski and it has never been offered for public sale until now.</p><p>The Wilson Official Super Bowl LII ball displays outstanding evidence of game use and bears a wrap of white tape used to record the specifics of the touchdown. The tape, which has an under wrap of foam (so the adhesive won&rsquo;t mar the ball), was placed there by the team&rsquo;s equipment manager so that the ball could be properly identified after the game and given to the appropriate player. Written on the tape in black marker are the following: &ldquo;SB52/#87 TD REC/22-19&rdquo; (with the last notation denoting the score following the touchdown). Gronkowski has signed the tape in black marker (grading 9/10), below which he added his uniform number (&ldquo;87&rdquo;). Gronkowski&rsquo;s first touchdown of the game came with 12:15 left in the third quarter and made the score 22-19 in favor of the Eagles, who eventually won the game 41-33.</p><p>Brady&rsquo;s third-quarter touchdown pass to Gronkowski marked his 15th career Super Bowl touchdown pass, which increased his advantage by four over Joe Montana&rsquo;s previous mark of 11 (Brady&rsquo;s record now stands at 21). The ball was also used in a record-setting performance by Brady, who established a new Super Bowl total for passing yards with 505 (naturally, he broke his own record set in the previous Super Bowl). For Gronkowski, it marked the first of his two touchdowns in the game, with those two touchdowns tying him with Dan Ross for most touchdowns by a tight end in a Super Bowl. The catch also marked his second career Super Bowl touchdown, which tied him for most career Super Bowl touchdowns by a tight end with Dan Ross and Jay Novacek (a record he later broke in the same game; he currently has a total of five).</p><p>Brady and Gronkowski are each first-ballot Hall of Famers and their long association together, first in New England and now in Tampa Bay, continues to generate new records and milestones every time they take the field. Brady and Gronkowski are the postseason leaders in touchdowns (14) for quarterback and receiver duos. They also currently rank second on the all-time list of combined regular-season and postseason touchdowns for a quarterback and receiver duo with 104, trailing only the 114 touchdowns posted by Peyton Manning and Marvin Harrison. This is one of the finest game-used Super Bowl footballs imaginable when one considers the status of the players involved, the number of records it is associated with, and its impeccable provenance. A true museum-quality piece and as &ldquo;blue-chip&rdquo; as it gets with respect to an investment.</p><p>This is one of only 21 touchdown footballs Brady has thrown in a Super Bowl.</p><p>Estimate $200,000-$300,000*</p> 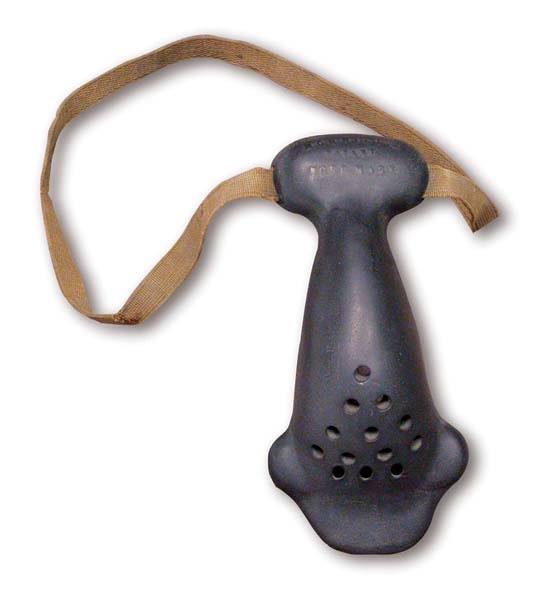 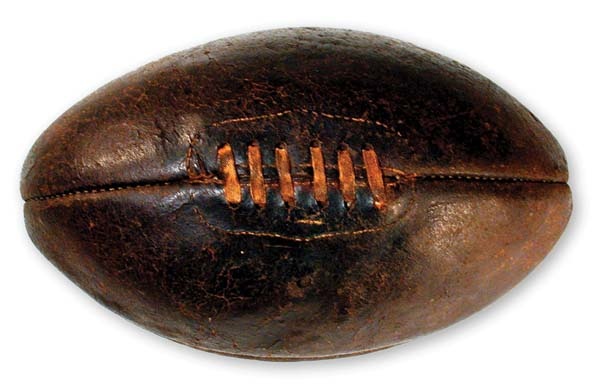 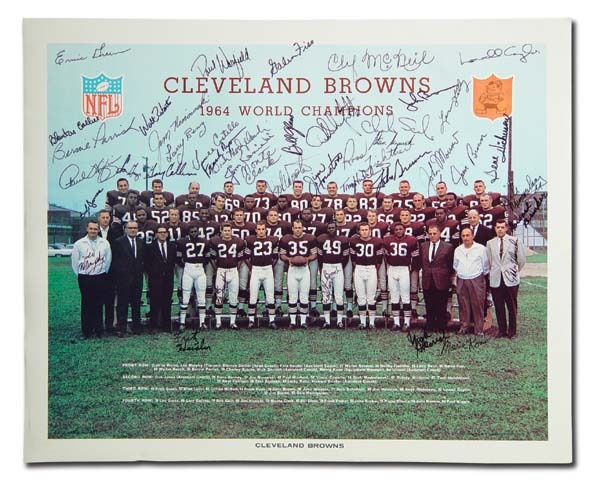 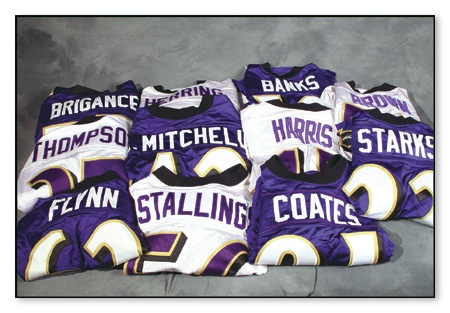 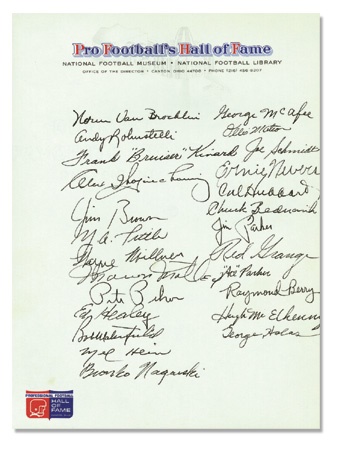 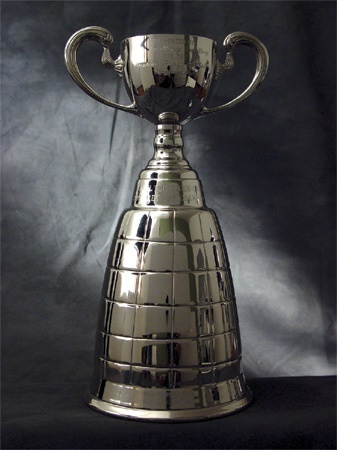