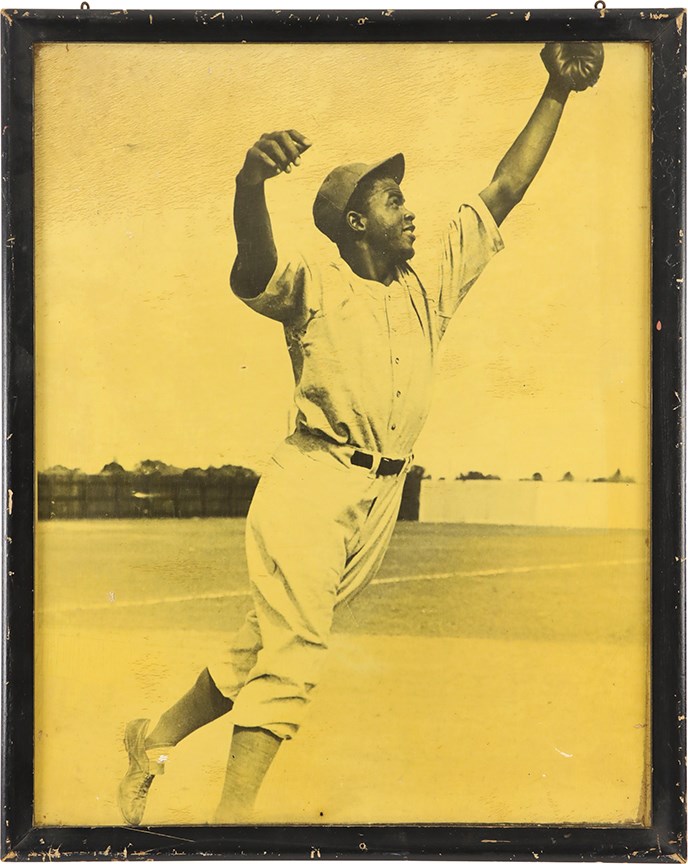 When Hall of Famer Jackie Robinson broke the modern "color line," he actually did it in two stages. He broke the "organized baseball" color line when he played in 1946 for the Brooklyn Dodgers Triple A farm team, the Montreal Expos. Displayed is an oversized (framed at 15.75x19.5") photograph on board. The black and white photograph comes from the Montreal, Canada area, and it is from the 1940s, so it is likely a photograph of Robinson when he was with Montreal in 1946. In that season, Robinson played second base and batted .349, with 113 runs, a .468 OBP, and a .929 OPS. Then in 1947, Robinson broke the Major League color line, hit .297, and was the National League Rookie of the Year. He also became one of the foremost civil rights pioneers in American history. By all accounts, Robinson received a wonderful, year-long reception from the Montreal fans. The original photo frame (no glass) shows wear in various scuff marks and scratches, particularly around the corners, and some very small crinkling, minor creasing, and a few small smudges. Most of the aforementioned imperfections are small and not noticeable at a distance. The photo hung in a bar or sports establishment. It is an uncommon photo of Robinson, most likely taken at the beginning of his professional career. 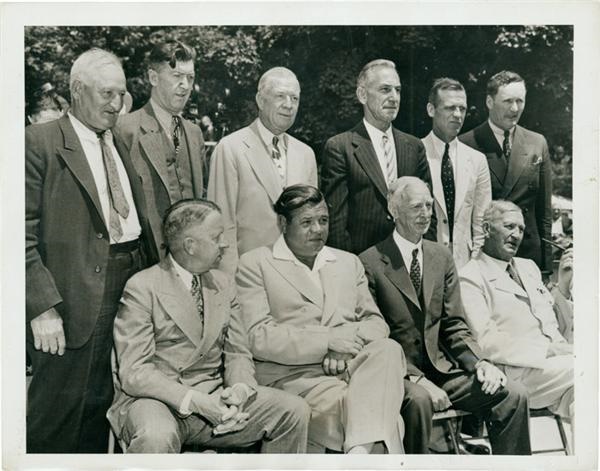 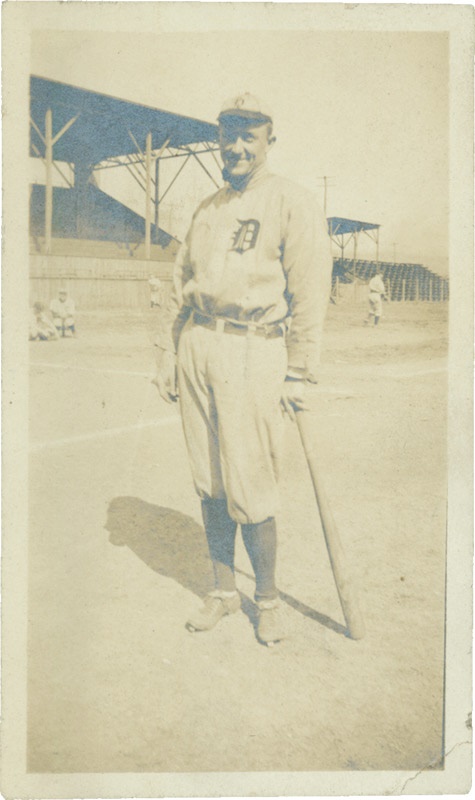 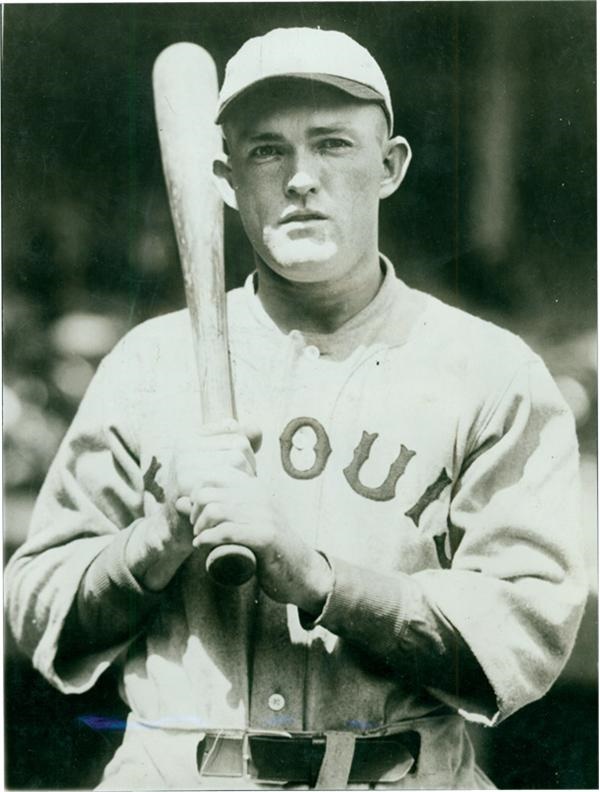 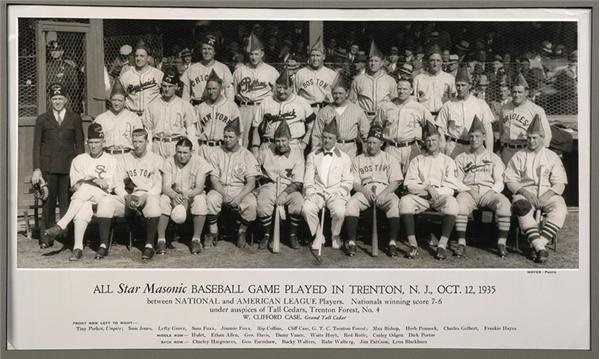 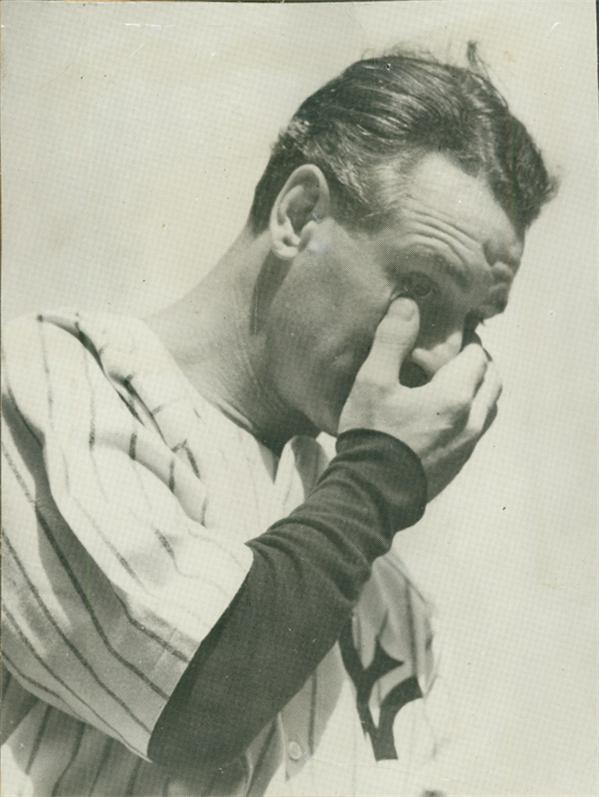 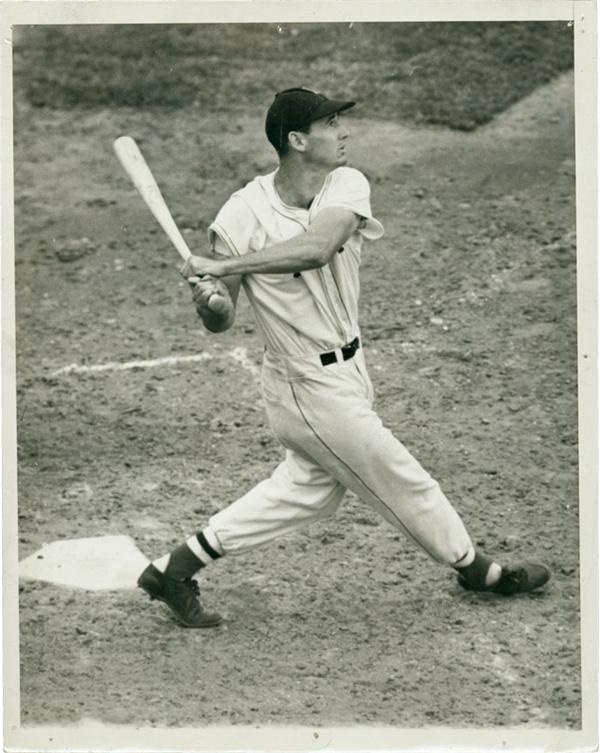