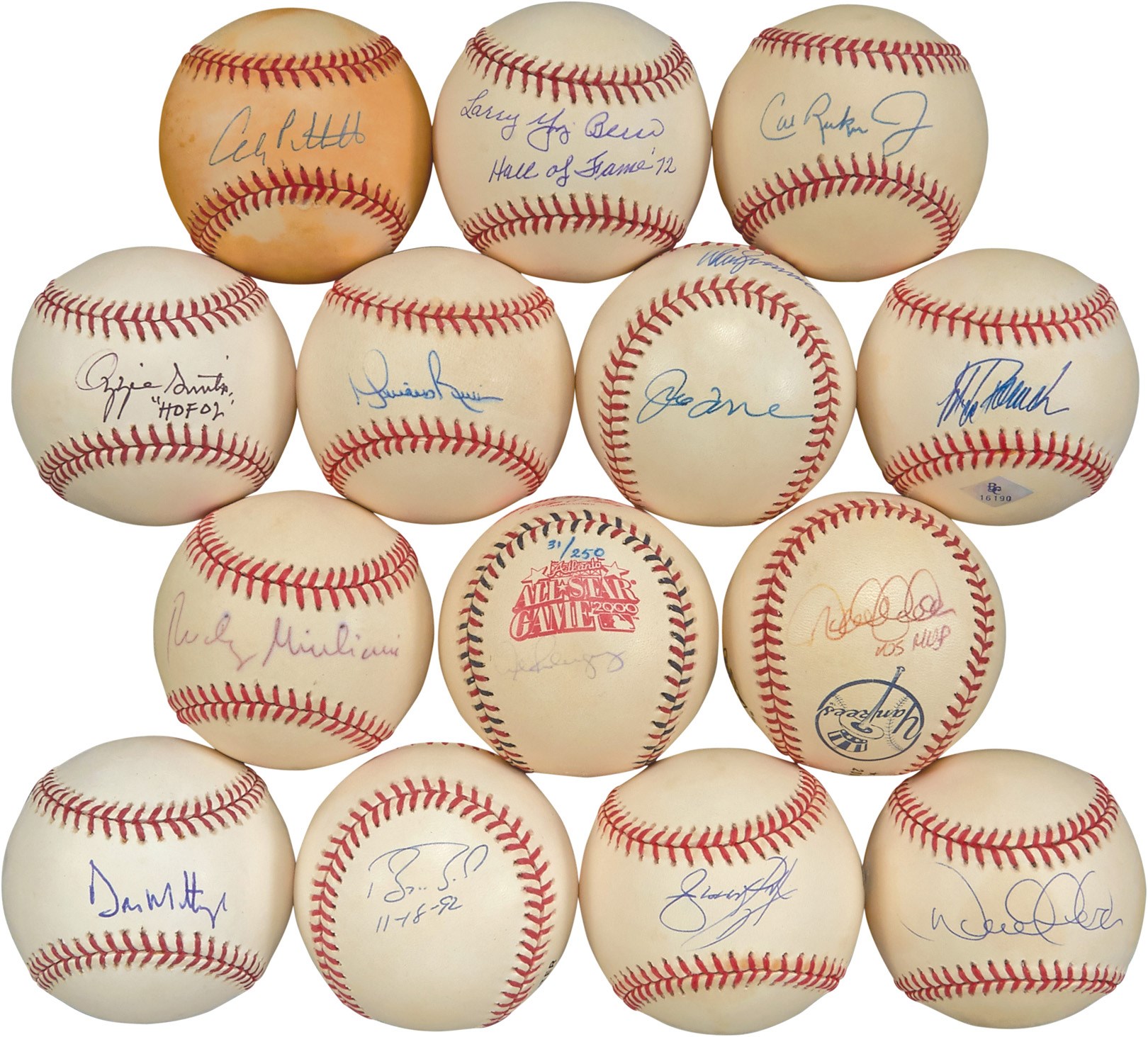 A fantastic collection of 38 signed baseballs of Yankee legends and baseball stars, featuring three Derek Jeter signatures on World Series balls. The set includes 1996 WS Derek Jeter, 2000 Derek Jeter "WS MVP," Jeter/Torre/Zimmer, Lawrence Yogi Berra "Hall of Fame 72," Rivera, Griffey Jr., Pettitte, Mattingly (2), Ozzie Smith, Cano, Rose, Giuliani, A. Rodriguez, Posada, Ripken Jr., Bonds, Clemens, Cone and more. The balls, which have minor toning or spotting on some, average 7.0, while the signatures rate 8.0. A handful have been authenticated, including by Steiner. This is a wonderful set of signed balls from Yankee greats and many more.