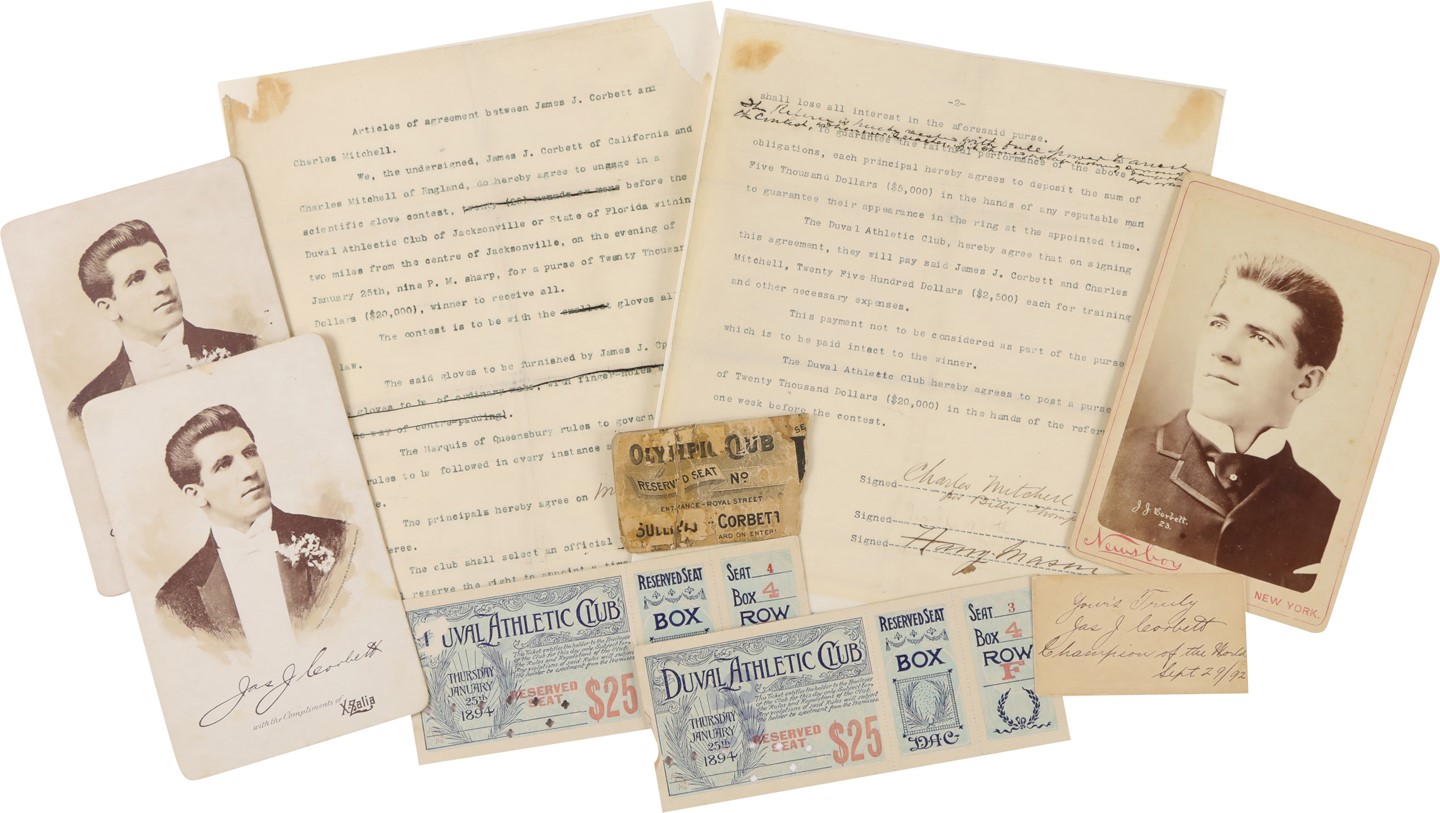 <p>Presented is an opportunity to obtain items representing important boxing history. James Corbett, known as "Gentleman Jim," was a fighter from Northern California who rose to become the Heavyweight Champion of the World when, in 1892, he became the only man to ever defeat the then Heavyweight Champion, immortal John L. Sullivan. Corbett knocked Sullivan out in the 21st. Round. In the first defense of his crown, Corbett agreed to a contract to fight Charles Mitchell of England on January 25, 1894, at the Duval Athletic Club in Jacksonville, Florida. Corbett was known for his scientific approach to boxing, using tactics over brute strength. The included 8x9" actual contracts for the Corbett-Mitchell fight provided that the winner would get the entire purse of $20,000, excellent money in those days. The contract also specified that the Marquess of Queensberry rules were to be used. In the contract&nbsp;<span style="font-size: 13px;">for the fight, the boxers' signatures are each signed by their representatives, who have signed the fighters' names.</span>&nbsp;In Corbett's only successful defense of his title, Gentleman Jim knocked out Mitchell in the 3rd Round. Also included in this offering are two full tickets to the fight. The tickets listed for $25 each and were for a reserved box. This lot also includes three 4.5x5" cabinet cards of Corbett, and the new champion also signed a small card, the size of a business card at 3.25x2". Corbett wrote, "Yours truly Jas. J. Corbett Champion of the World." The two signed (by representatives) contracts, the three Corbett cabinet cards (two the same), and signature and inscription are all in this lot and they help to bring vintage boxing moments back to life.&nbsp;&nbsp;</p>