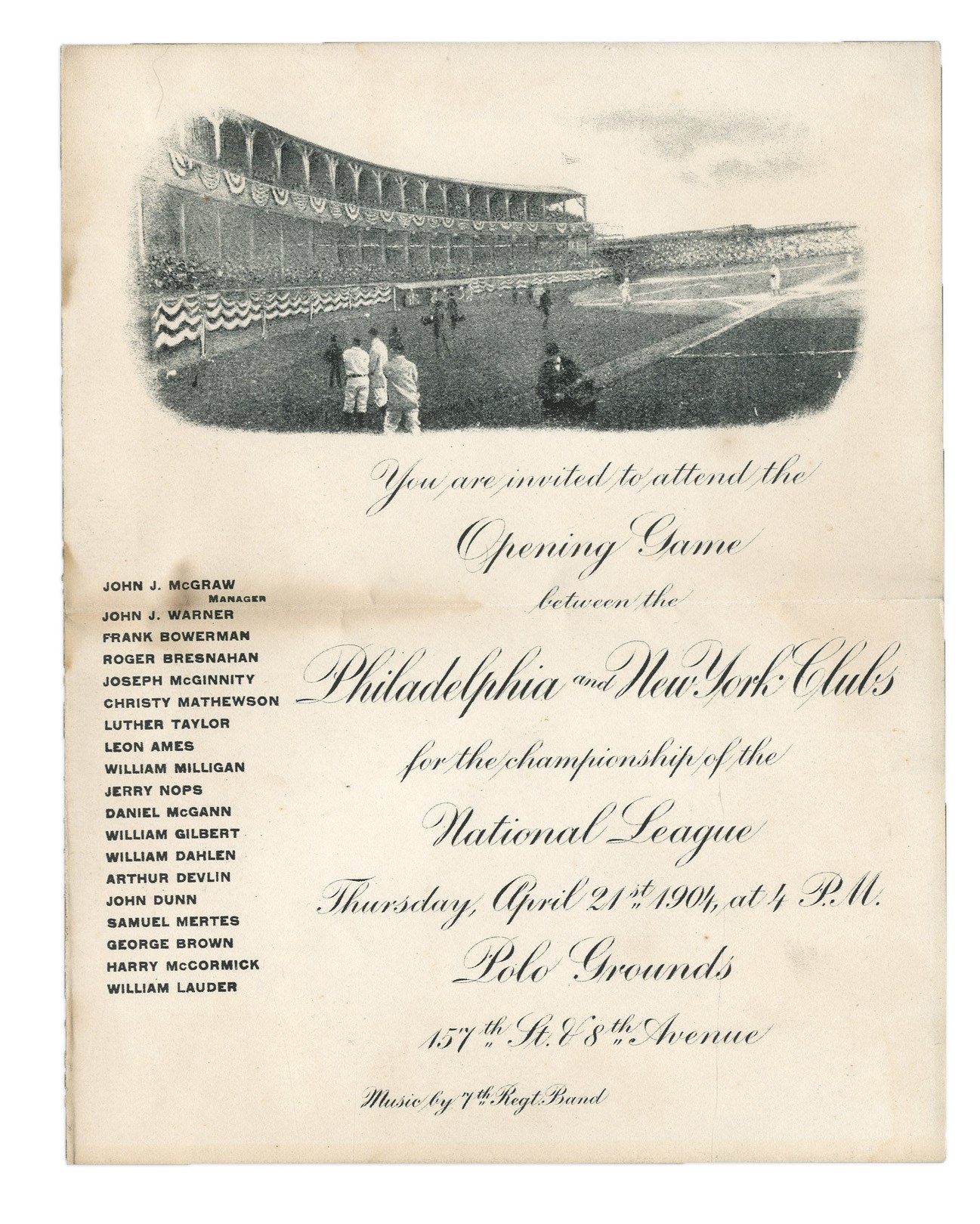 This very scarce item is a formal invitation to the New York Giants Opening Day game at the Polo Grounds in 1904, and is the first we have handled. The invite reads, "You are invited to attend the Opening Game between the Philadelphia and New York Clubs for the championship of the National League, Thursday, April 21st, 1904 at 4 P.M., Polo Grounds, 157th St. &amp; 8th Avenue, Music by 7th Regt. Band." The Giants' roster appears on the left side of the card, featuring Hall of Famers Christy Mathewson, Joe McGinnity, and manager John McGraw. At the top, there is a beautiful lithograph of a game in progress at the Polo Grounds, with patriotic banners hanging down from the upper deck. There is a mailing fold, slight staining, and some tape marks on the back. The Giants easily won the National League pennant in 1904, but refused to play the AL champion Boston Americans, even though the first modern World Series had taken place the year before. This is a rare bit of history from one of baseball's most fabled venues.