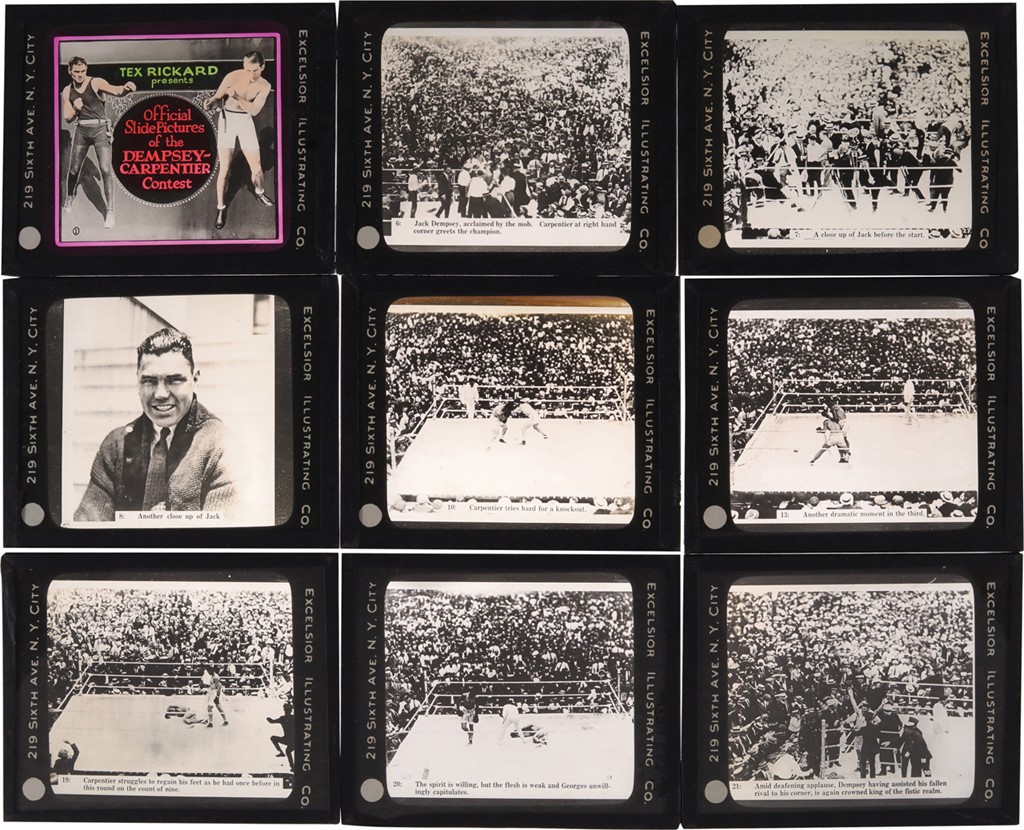 <p>Offered are 21 lantern slides, 101 years old, of the 1921 World Heavyweight Championship fight between the current champ, Jack Dempsey, and the French challenger, Georges Carpentier, in what was advertised ed as "The Fight of the Century". Interestingly, famous promoter Tex Rickard, billed Carpentier as the "hero" and Dempsey as the "villain". Carpentier had been a decorated French pilot during World War I and Dempsey had been accused - and then exonerated - of avoiding the draft in WWI. The fight was held in Jersey City, New Jersey, with wooden seats quickly constructed on a farm. Over 80,000 people attended the fight, and over 300,000 are estimated to have listened to the radio broadcast of the contest, one of the earliest special events broadcast on radio. Dempsey won on a Round 4 knockout. The slides were shown in theaters, and the slides cover the fight from the hastily constructed wooden stadium, to the introduction of the fighters, to the start of the fight, and the key moments leading up to and including the knockout. The leading slide is in color, and the other slides are in black and white. The slides measure 2.25x4", and they come in a 5.25x4.5" wooden box. The slides are in excellent condition, and they provide a fascinating glimpse into a momentous fight held over one hundred years ago. </p>