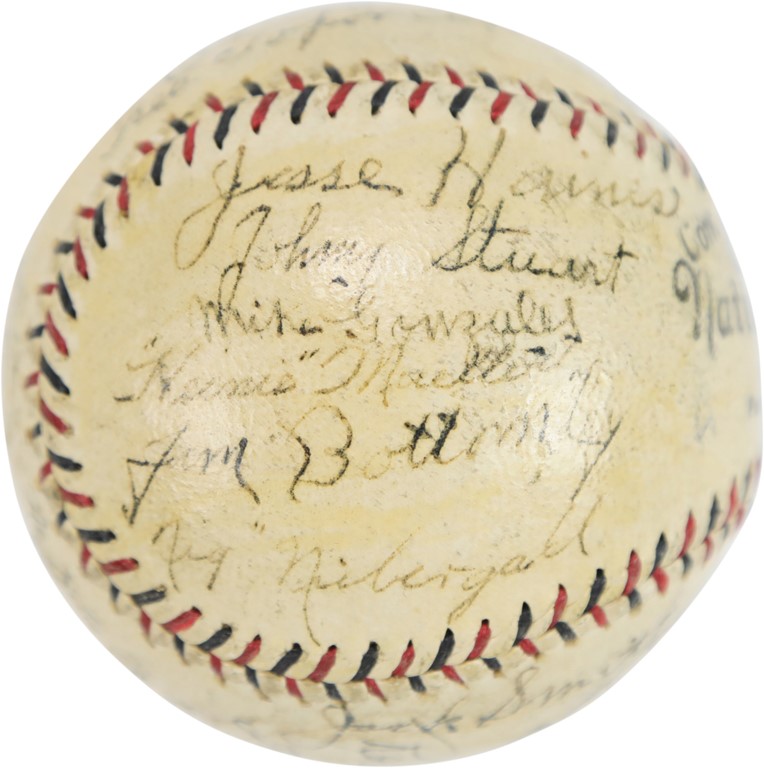 <p>Great history surrounds this 1924 St. Louis Cardinals team-signed baseball. It dates from July 17th, 1924, commemorating Jesse Haines' no-hitter in a 5-0 win over the Boston Braves. While we cannot confirm that this is a game-used ball, it was most likely signed in the clubhouse after the game. The Official National League (Heydler) ball contains 23 signatures: Haines, Bottomley, Cooney, Shotton, Sherdel, Myers, Bell, Dyer, Blades, Freigau, Stuart, Gonzalez, Mueller, Niebergall, Smith, Sugden, Holm, Schultz, Sothoron, Flack, Dickerman, Toporcer. Hornsby is clubhouse. On the sweet spot, there is handwritten, "No Hits, No Runs, July 17th, 1924." Not only was it the only no-hitter in Haines' Hall of Fame career, but it was also the only National League no-no ever thrown at fabled Sportsman's Park. From The Jesse Haines Collection and sourced from his family. Comes with PSA LOA.</p><p><span style="font-size: medium; font-family: 'Times New Roman';">Jesse Haines was inducted into the National Baseball Hall of Fame in 1970 as a member of the St. Louis Cardinals. His impact in baseball spanned far greater than his nineteen-year career and he even threw a no-hitter in 1924, a feat that would not be achieved by another Cardinals pitcher for 50 years. This collection includes Jesse&rsquo;s Hall of Fame plaque, a team signed baseball by the 1924 Cardinals commemorating his no-hitter, early photographs, autographs and more. This collection of &ldquo;fresh to market&rdquo; material sources from Haines&rsquo; family and is now available to the public for the first time.</span></p> 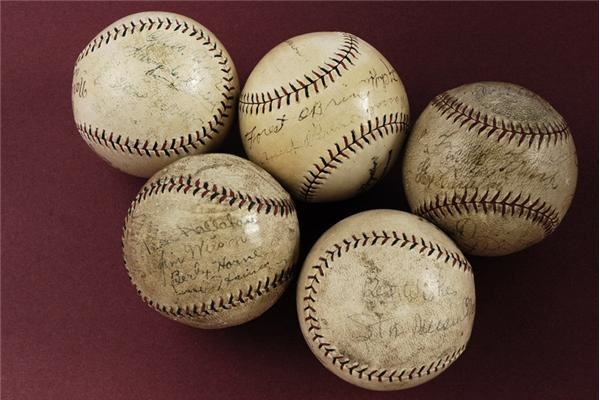 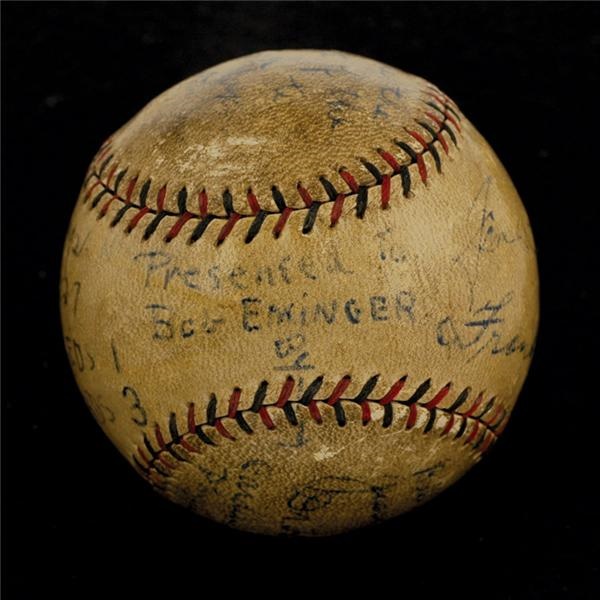 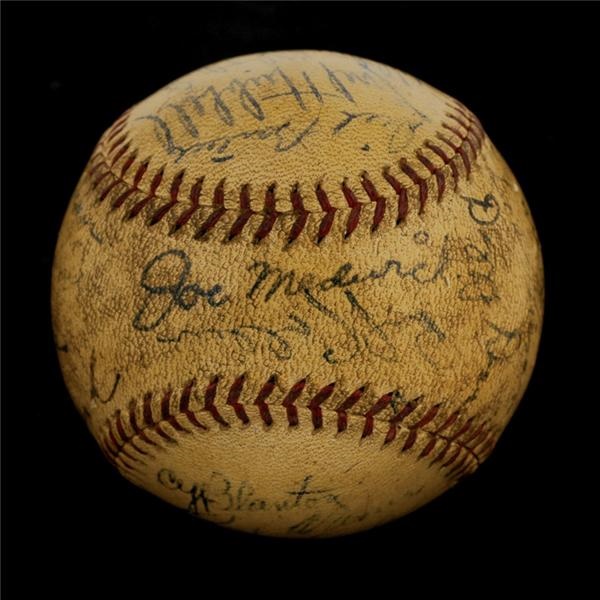 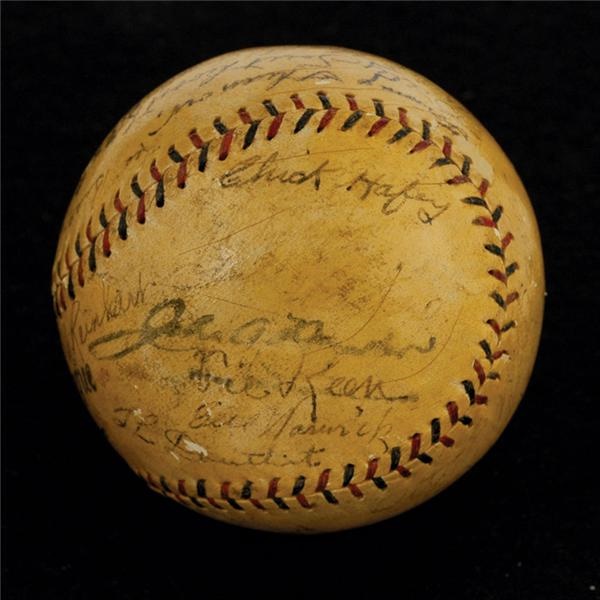 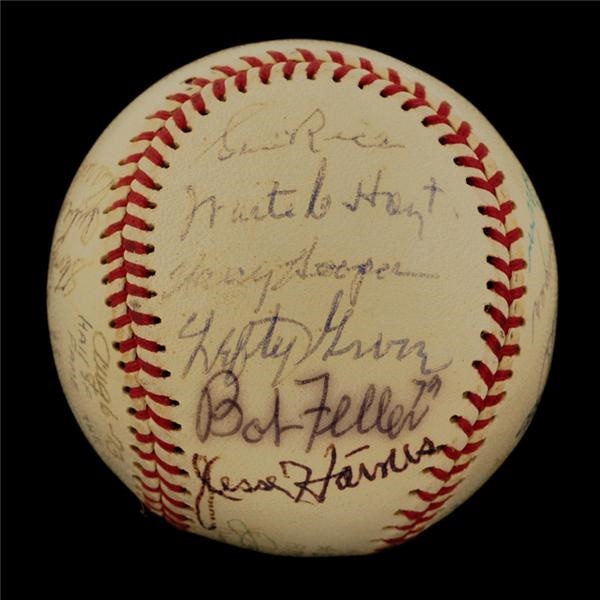 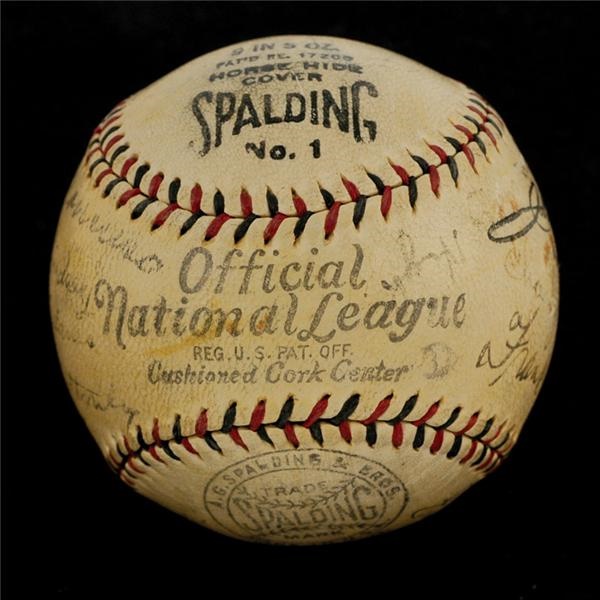 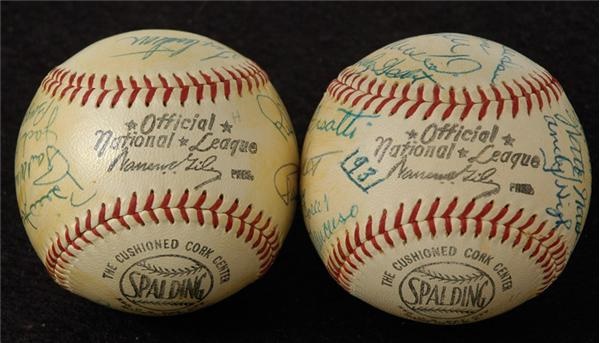