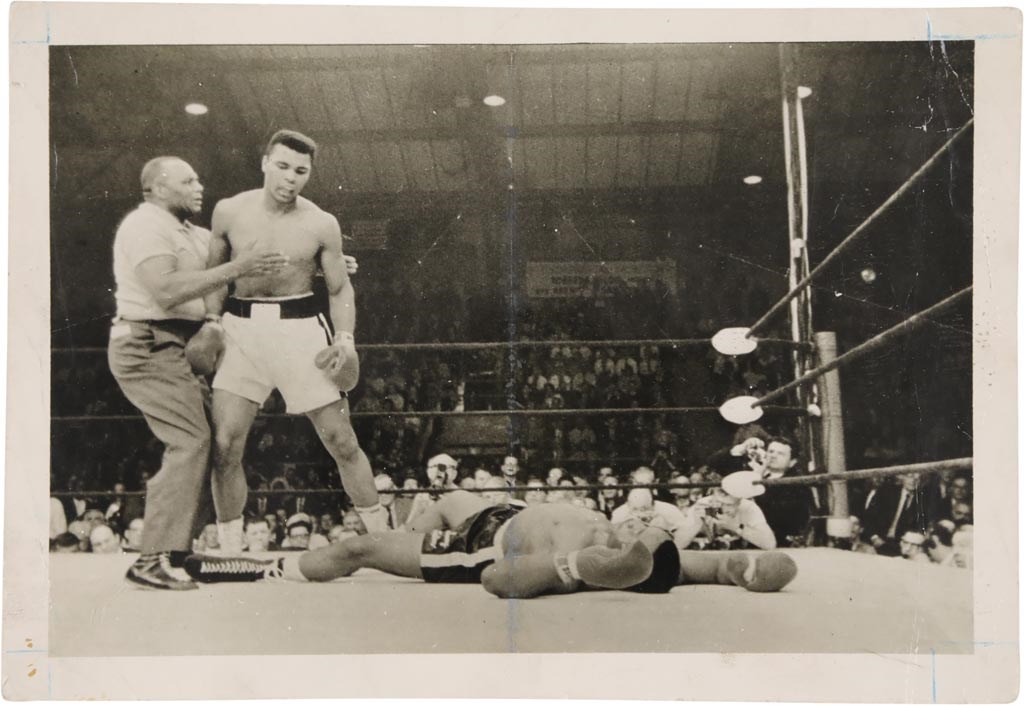 <p>Terrific shot (6x8.75") of Muhammad Ali standing over the downed Sonny Liston in the fighters' second meeting, on May 25, 1965, in Lewiston, Maine. The fight was a WBC Heavyweight Championship rematch from the boxers' first fight, on February 25th, 1964 in Miami Beach, when Ali won the Heavyweight Crown when Liston refused to answer the bell for the seventh round. In this rematch, Ali quickly assumed command and knocked down Liston at 1:44 of the first round. When Ali didn't go to a neutral corner, referee Jersey Joe Walcott, former Heavyweight Champion, seemed to lose the count and confusion reigned. Around the instant of the photo, Ali shouted to Liston, "Get up and fight, sucker. No one will believe this!" At one point Liston did regain his feet and then fell again. Finally, after the fighters had started to box again, referee Walcott listened to the timekeeper and stopped the fight, ruling a knockout had occurred when Liston was down. Photo has very minor creasing and a few small markings near corners where it may have been displayed in a scrapbook. Otherwise very good condition. The best attribute of the photo is the tableau of the enraged Ali, the struggling Walcott, and the prone Liston.&nbsp;</p>