Constructed by boxing promoter Tex Rickard in 1928, the same impresario who built the third Madison Square Garden in New York, the arena was originally called Boston Madison Square Garden, then shortened to Boston Garden. Spectators sitting against this seat back watched the Boston Bruins greats, plus great hockey gods like Gordie Howe, Bobby Hull, and Maurice Richard. Boston Celtics fans saw legends Russell, Cousey, and Bird, plus iconic opponents such as Chamberlain, Robertson, and Michael Jordan. There was also boxing, music - with Elvis and The Beatles - and politicians. Boston Garden was closed in 1998. Signed on front and back, signatures mostly 7-8/10. Some of the greats who signed: Esposito, Westfall, Neely, Awrey, Buyck, Cheevers, Dumart, Cashman, Park, Schmidt, Sinden, and more. 30+ signatures in all. Measures 16.5x13.5". 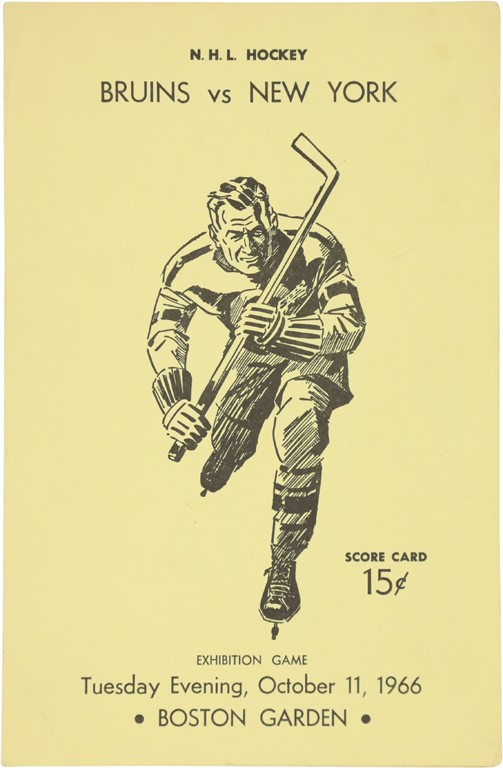 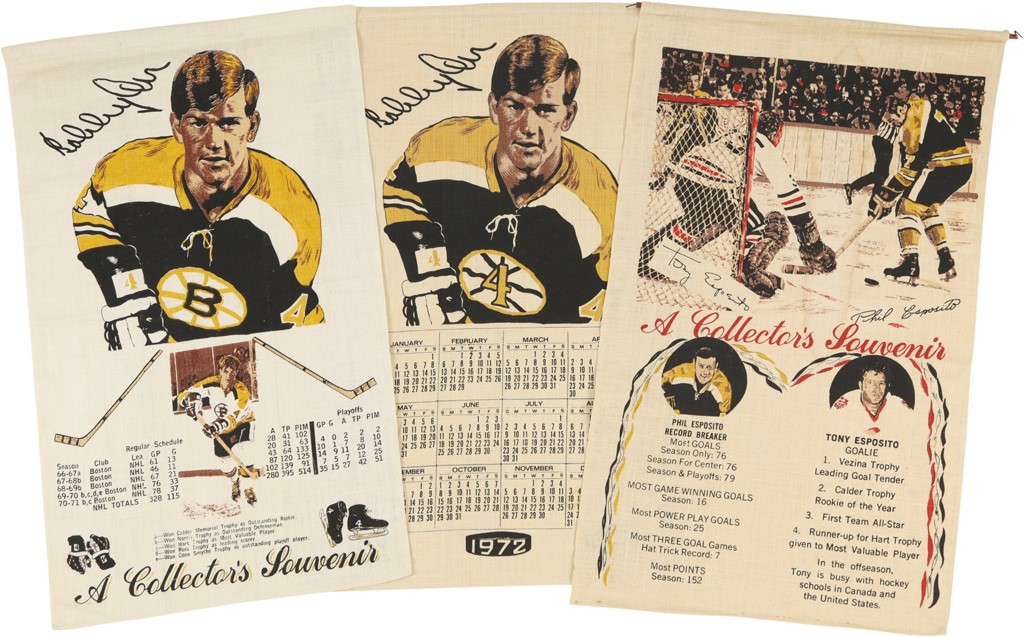 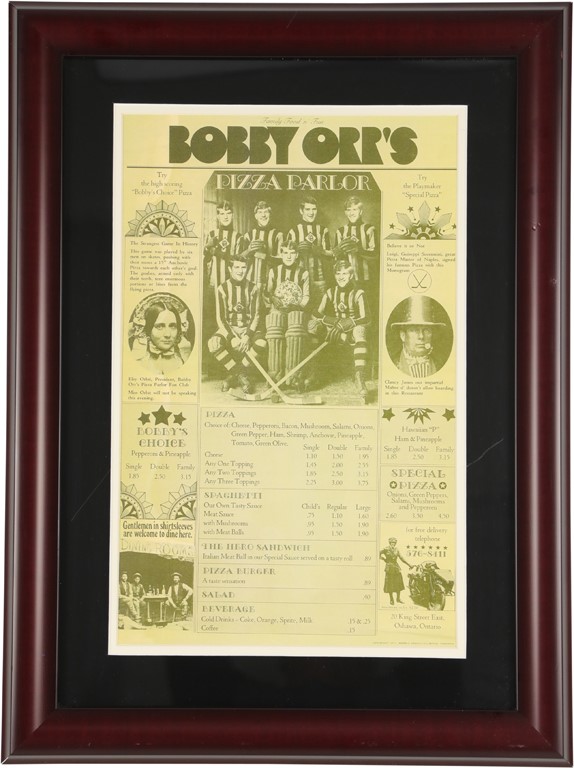 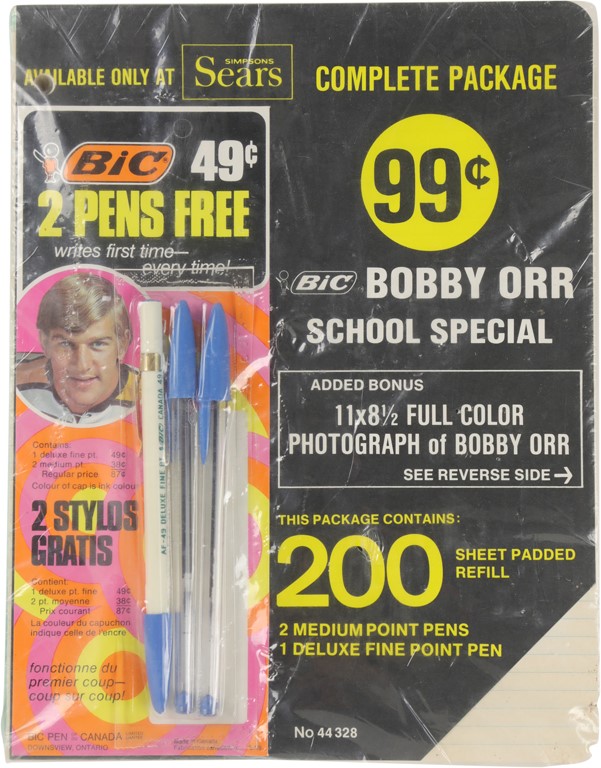 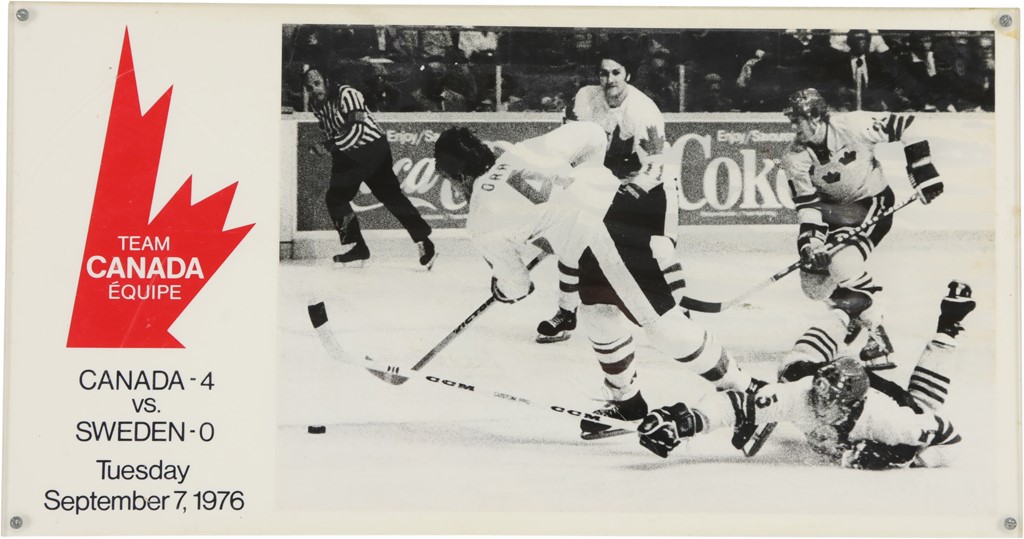 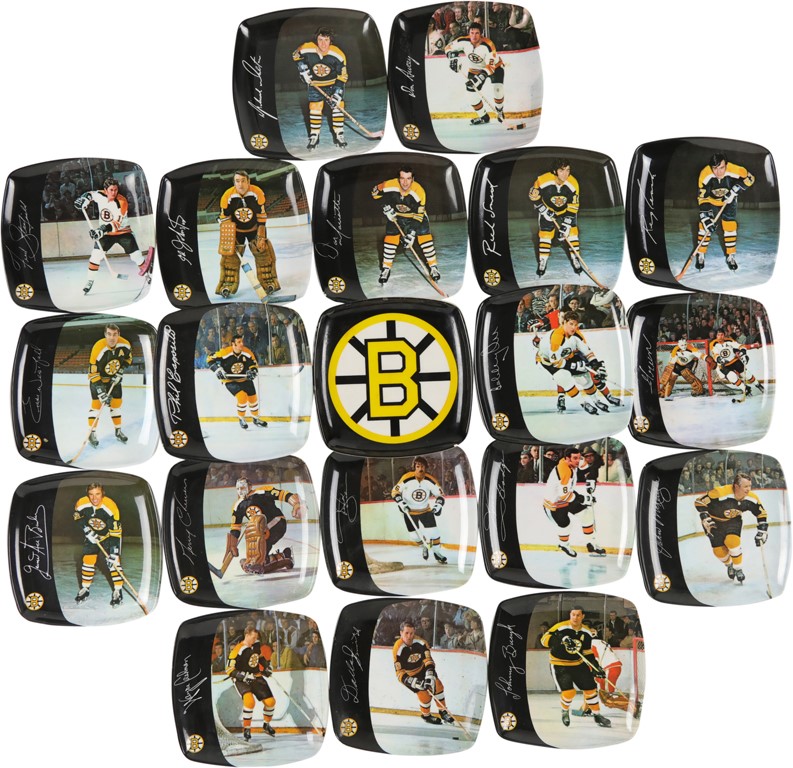