Masterfully constructed photo album is an amazing account of the most significant sports event in the land of the Rising Sun. Fabulous shots capture all ceremonies and activities related to the 1934 Tour of Japan. Opens up with a 7.5x11” piece of paper with fountain pen signatures from all 20 of the American participants including Sotaru Suzuki. Ruth & Mack are the top two signatures, highlighted by Earl Averill (Sr.), Foxx, Gomez, Gehrig, Gehringer, Lefty O’Doul, F. Hayes, Joe Cascarella, Whitehill, & Moe Berg. All signatures are a 9 or 10 out of a possible 10. The two following pages contain signatures from the Japanese team. The next 24 pages are an amazing display of photos beginning with a cabinet of each of the American baseball players. Highlights include a shot of the Empress of Japan (cruise ship with Americans) pulling into port, welcoming ceremony with Ruth as main focus. Gehrig, Ruth & others receiving garments from Japanese women (on the boat), great shot of Ruth riding in car during parade (waving American and Japanese flags), American team eating in restaurant, American team photo (in suits), American & Japanese teams together (in uniform), aerial shot of Meiji Jingu Stadium, & Ruth at the plate in classic follow through. Each photo (9x11”) is mounted on a thick album page. Album constructed of thick cardboard lined with leather (measures 10.5x14.5”). Gold painted Japanese characters on cover translates to “Commemoration of the Japanese American Baseball Game Yomuri News Press” (printed in pre-war Japanese which is read right to left). Photos are mostly EX-MT, 2 have creased corners. Album has been masterfully restored to NRMT condition. Encased in a form-fitting box with suede binding. 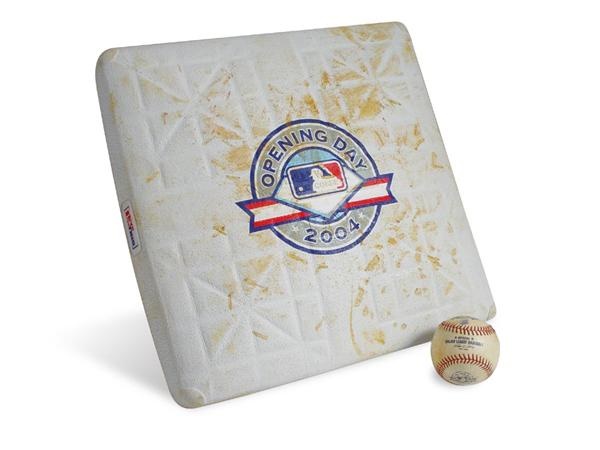 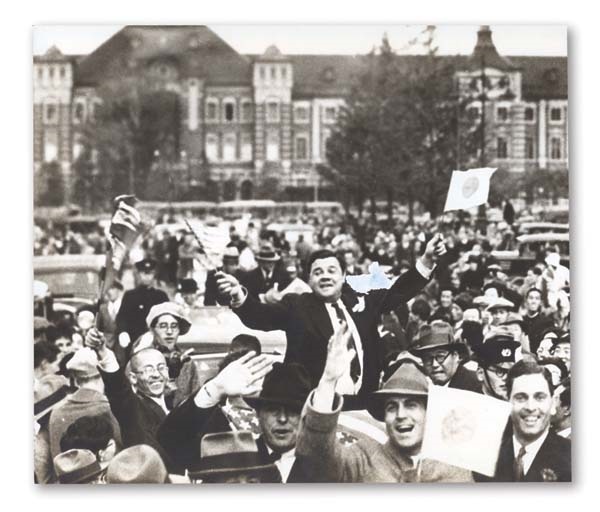 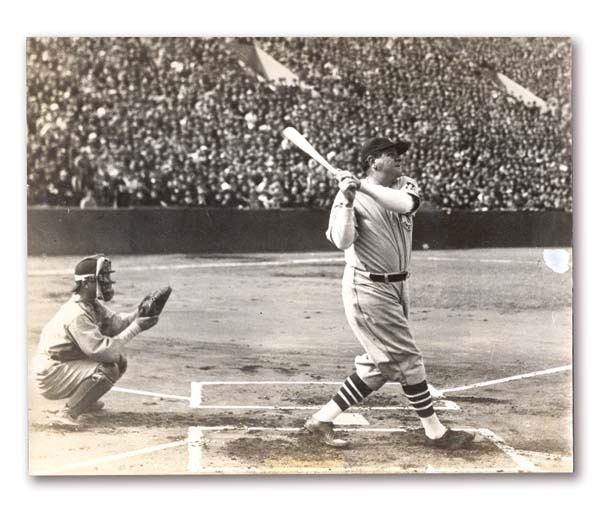 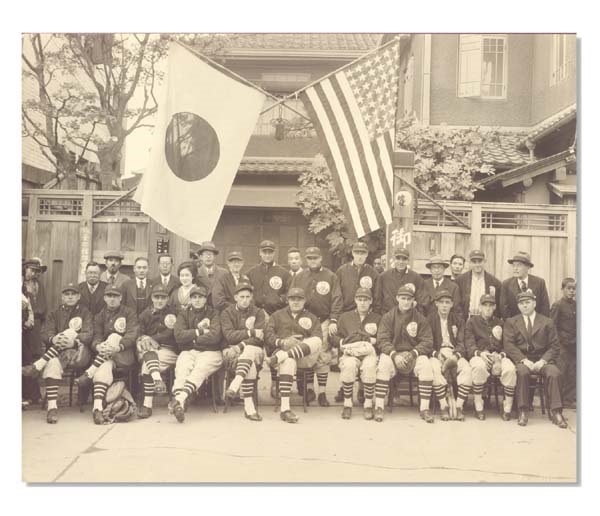 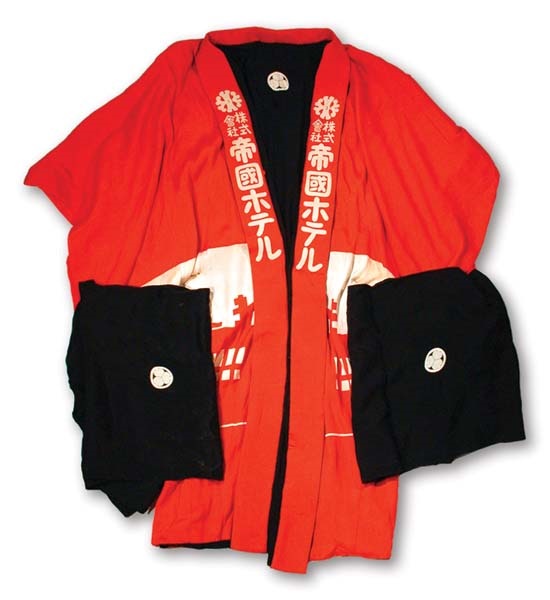