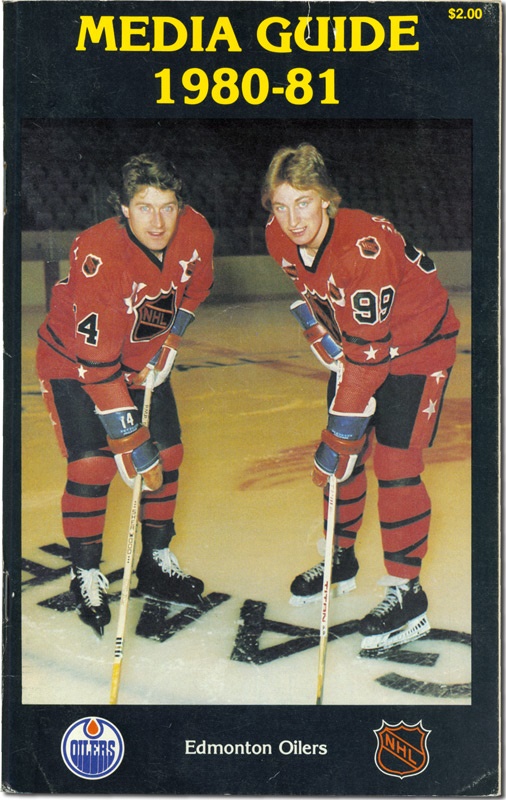 NHL media guides were an efficient thumb-through annual reference for all the facts and figures pertaining to each club in the League. Each came with great color photography on the cover. The players were listed with a photograph and a biography. This collection of mint condition guides, some in NHL binders covers the years 1976-2001. What is amazing is that each booklet is signed in person by various players on that given team. Not every player has signed but most books contain at least 10 signatures or more. The greatest players in hockey have signed these books!! How about a rookie Gretzky, Messier or Bourque. You got em!! Stanley Cup winners? Loads of players who won and kissed the Cup. Nystrom, Bossy, Robinson, Ken Dryden, Bobby Clark, Jagr, Brett Hull, Lafleur. Just plain great players - Peter Mahovlich, Ted Lindsay, Bobby Hull (nice cover signature), Vachon, Park, Rick Middleton, Tony McKegney, Modano and THOUSANDS more. Over 3000+ great and early signatures of players of this era. Impossible? Well maybe, but not here. We have them, they're real and they're fantastic. A true once in a lifetime hockey autograph collection. PS: a few signed 70s-80s team calendars are in this collection with great signatures (Gretzky etc). 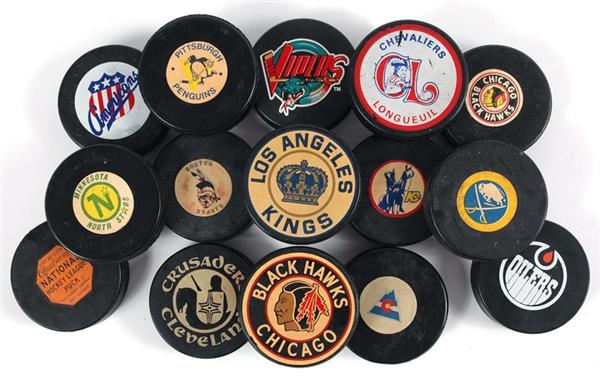 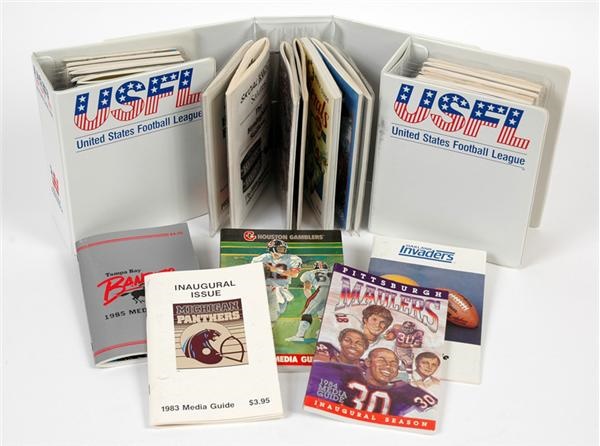 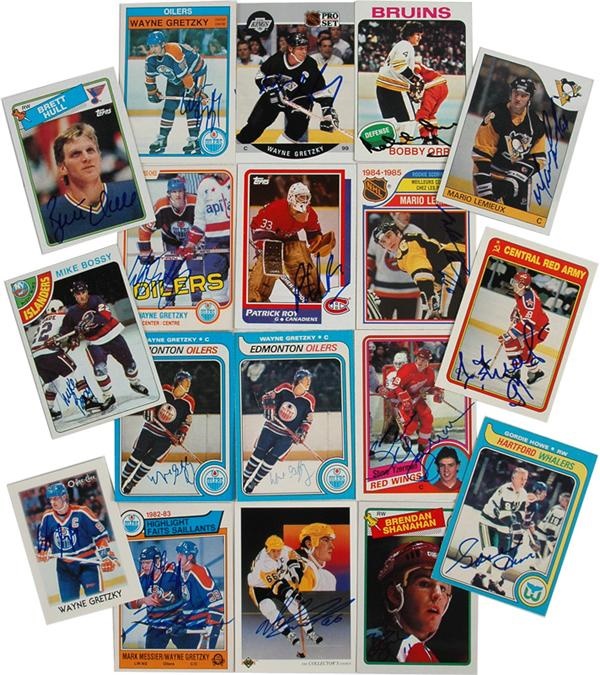 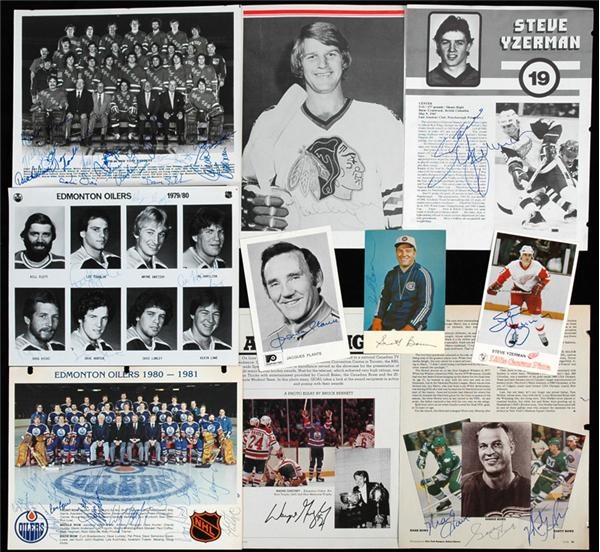 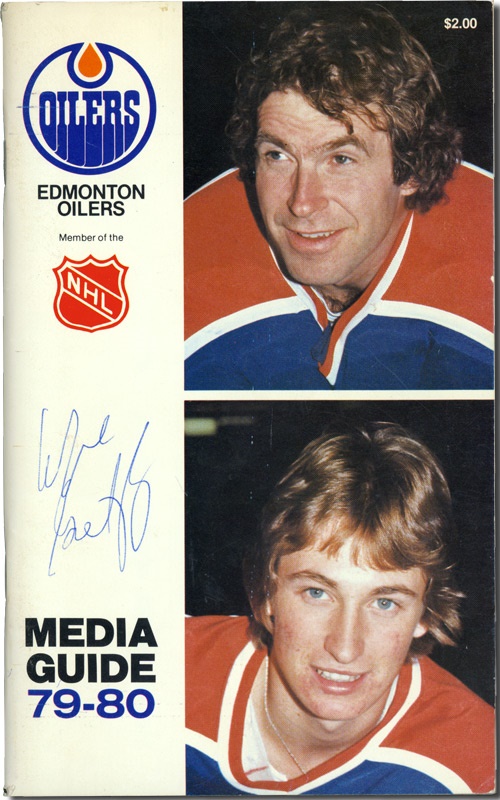