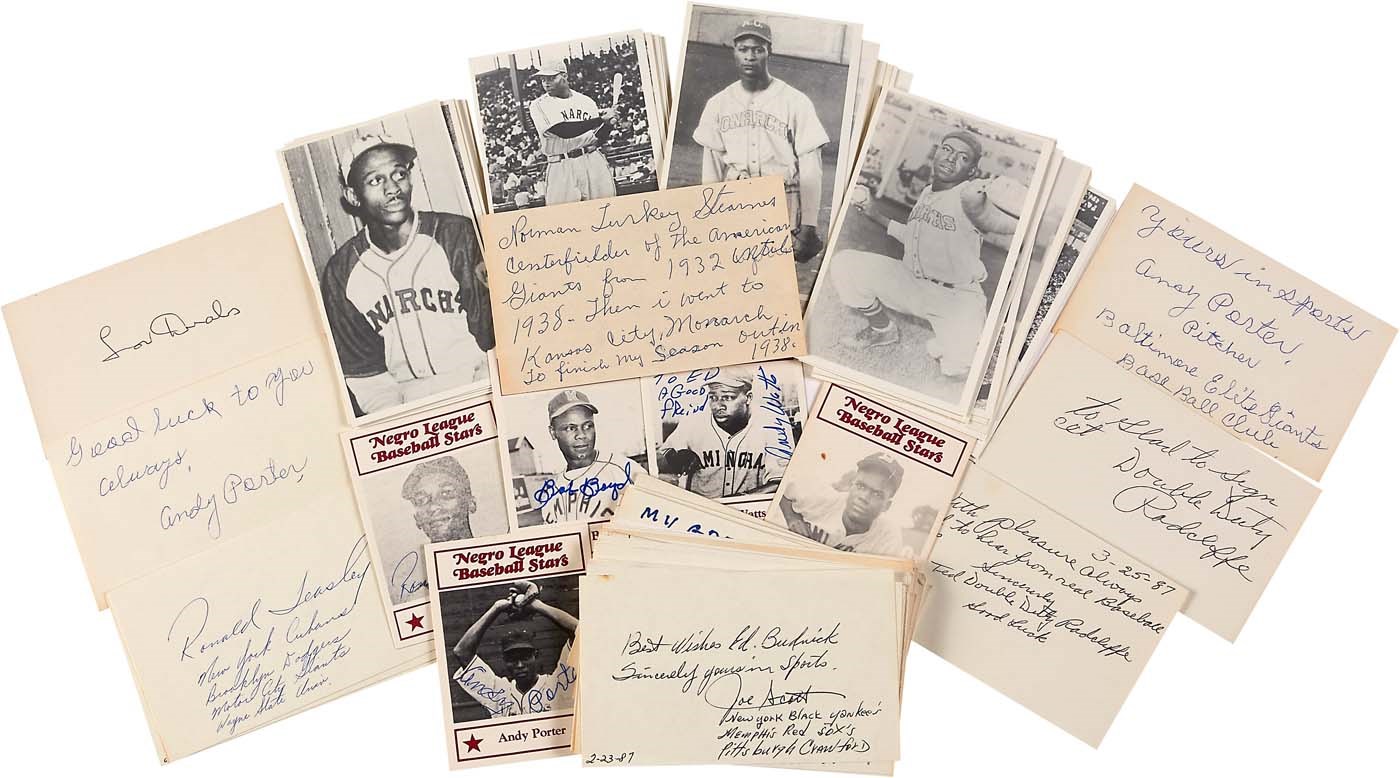 Collected during the 1970s and '80s, these 51 autographs offer an impressive representation of the Negro Leagues. The majority appear on the back sides of 3x5" index cards, with the centerpiece being Hall of Fame outfielder Norman "Turkey" Stearnes, who added some of his statistics below his signature. Other notable stars include Lou Dials, Bobby Robinson, Clint Thomas, Josh Johnson, Sam Jethroe, David Malarcher, Lefty Mathis, Buck O'Neil, Bill Byrd, Piper Davis, James Crutchfield, Joe Scott, Double Duty Radcliffe, Andy Porter and Ron Teasley. There is some duplication, and the signatures are mostly NRMT. Included here are 48 unsigned cards that were issued in 1987 by Phil Dixon. 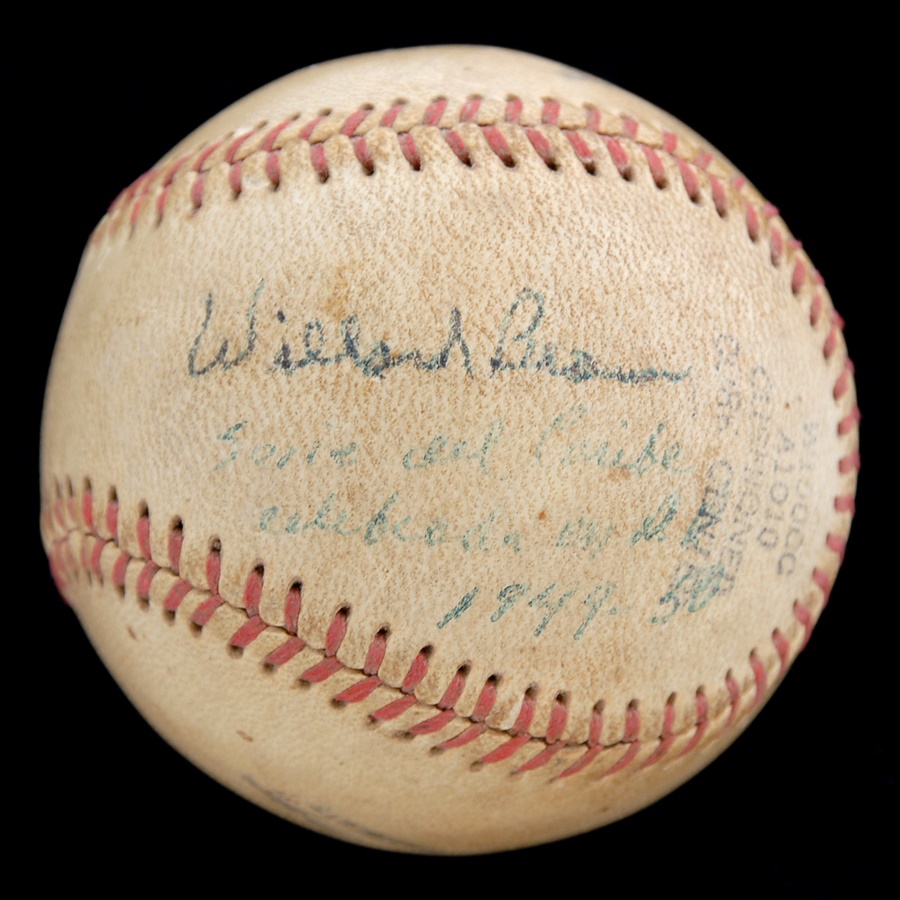 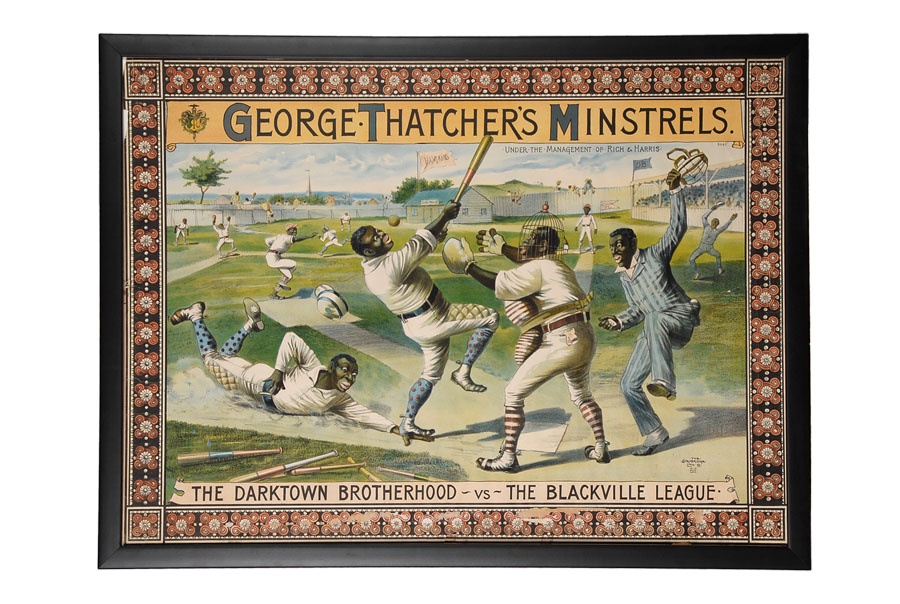 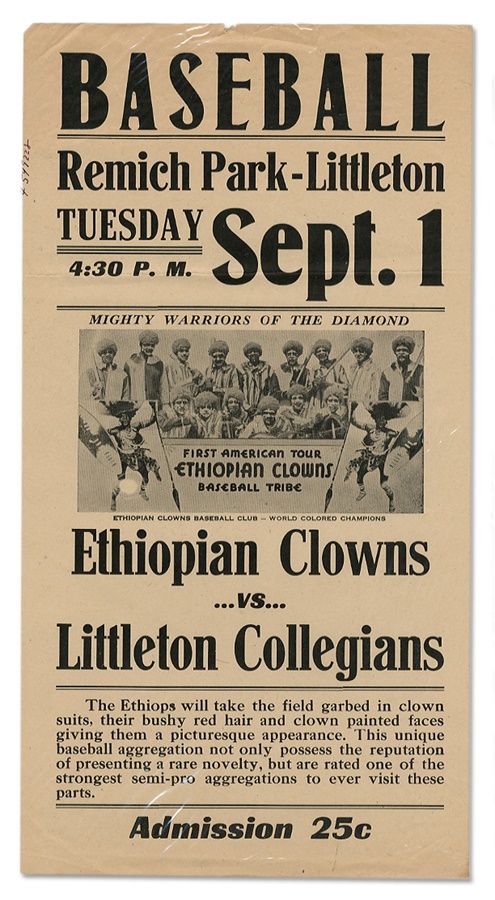 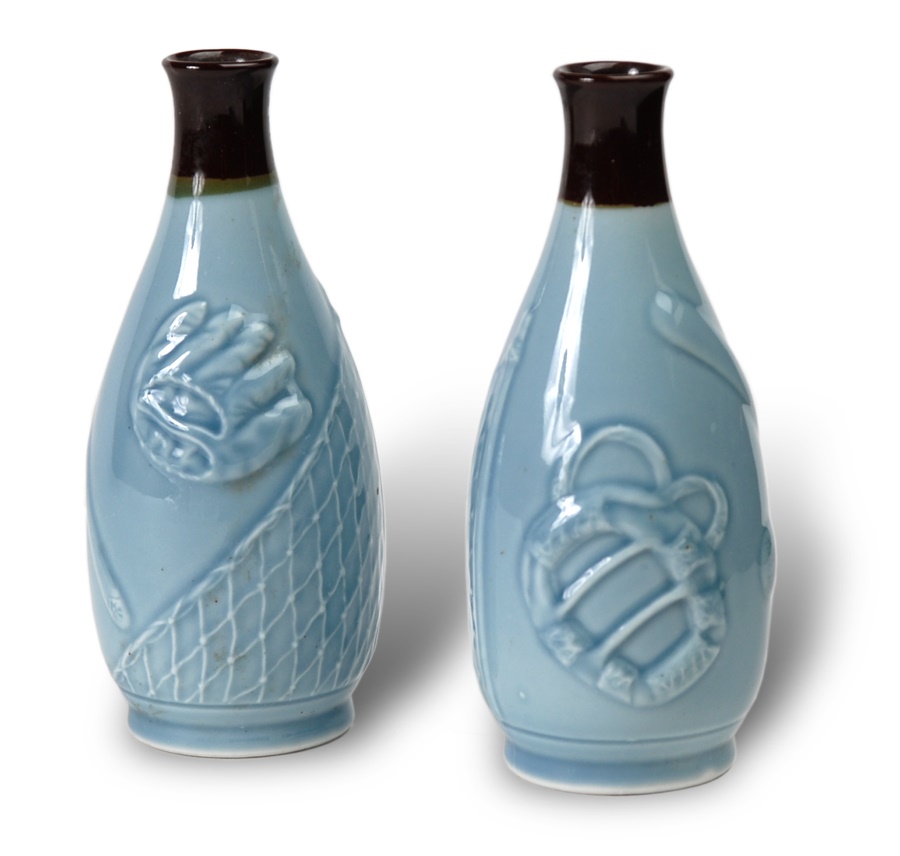 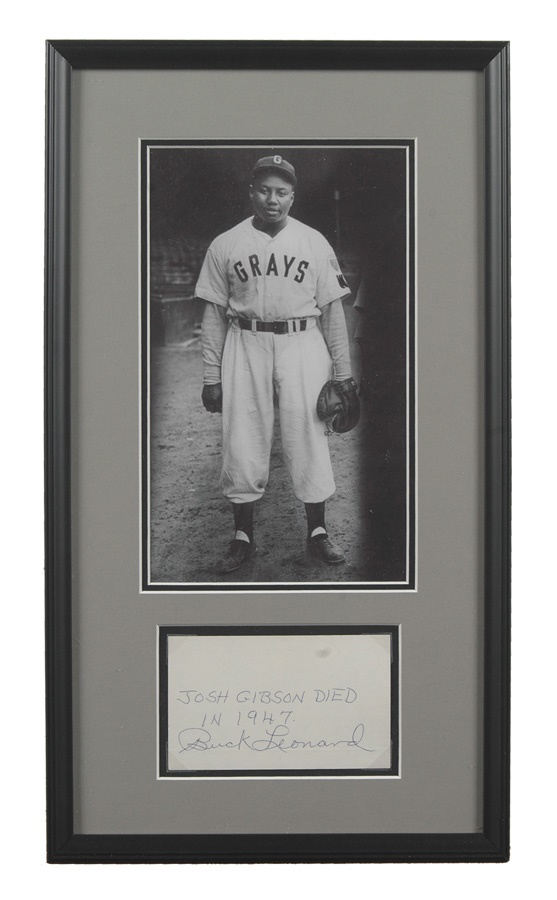