Many claim Bernie “Boom Boom” Geoffrion invented and then perfected the slapshot. Regardless, he had one of the most powerful shots in hockey. As a member of the great Montreal teams of the 1950s and 60s, Geoffrion teamed with fellow Hall of Famers Jean Beliveau and Henri Richard to give the Canadiens a line that almost scored at will. During his tenure with Montreal, Geoffrion helped the team to 6 Stanley Cups, won Rookie of the Year honors in 1952, and led the NHL in scoring twice. This great CCM Custom Pro stick is taped on the knob and the straight blade. "GEOFFRION" and other manufacturer's and distributor's stampings are in black ink. The inscription “To Mike Green from the Montreal Hockey Club” is written on the stick near the knob. The 1963-64 Montreal team has autographed the stick in various color ink, with the signatures grading 3-4 overall. Included are Geoffrion, Beliveau, Richard, Backstrom, Balon, C. Pronovost, J.C. Tremblay, G. Tremblay, T. Harper, Ferguson, Hodge, Talbot, Hicks, Berenson, J. Laperriere and Toe Blake. The stick shows light game use with some of the tape worn off. A must for anyone interested in the great NHL dynasties. 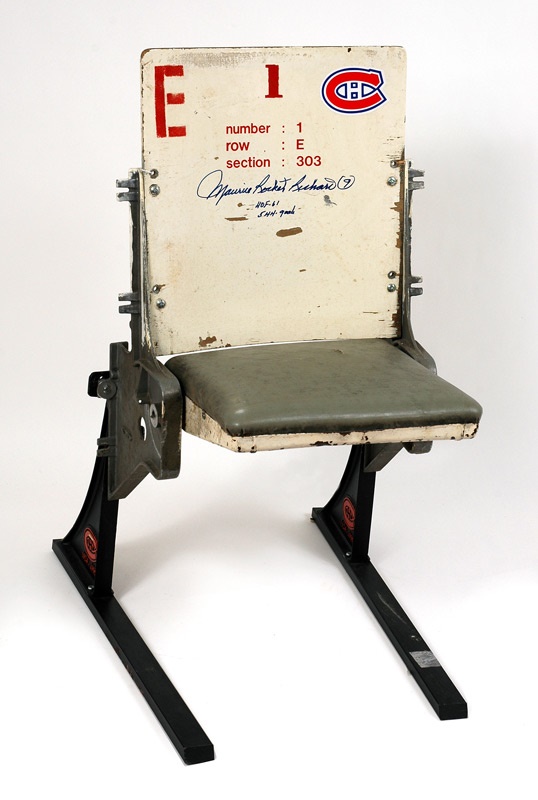 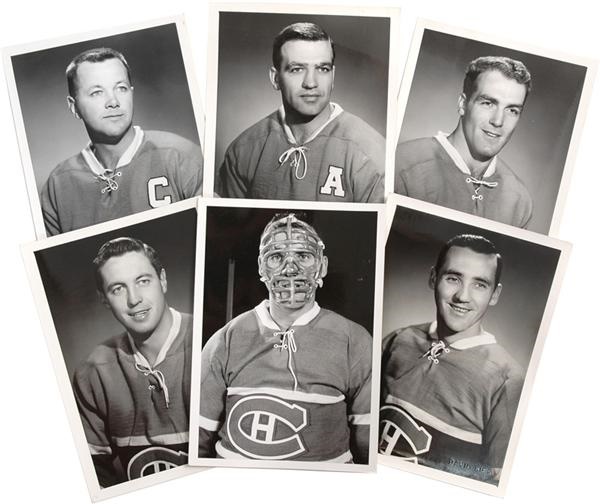