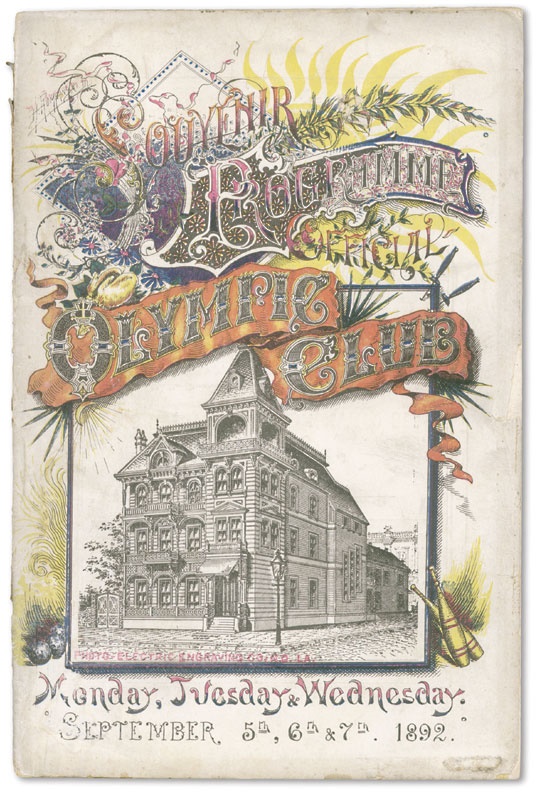 “…Dazed, he hardly knew what was happening around him. But he would not fall. Wavering, he stood helplessly in his corner as Corbett advanced, at last determined to go for the kill. The Dude came on with a rush. John L. was caught flat-footed, too weak to raise his guard. Corbett feinted, then slammed home a right to the jaw. Jim saw his opponent’s eyes roll. Sullivan dropped to his knees like a pole-axed steer, but then, incredibly, slowly raised himself to his feet. There he stood completely defenseless, waiting for the inevitable. Crash! Crash! A left and right to the jaw! John L. pitched forward, landing on his face and chest. Feebly he struggled to rise, but it was no use. Slowly he rolled over on his right side, unable to hear Duffy’s count. Eight…nine…ten. It was over. The unbelievable had happened. John L. Sullivan had been beaten.” - <u>John L. Sullivan and His America</u>, Michael T. Isenberg (p 318). Presented is the all-important official program for the historic Sullivan - Corbett fight of September 7, 1892, the culmination of three great fight nights at the Olympic Club in New Orleans. The program also covers the George Dixon - Jack Skelly, & Jack McAuliffe - Billy Myer fights held on the nights preceding the grand finale, Sullivan vs. Corbett. Cover (G-VG) sports a photo-electric engraving of the Olympic Club. Contents are EX+. 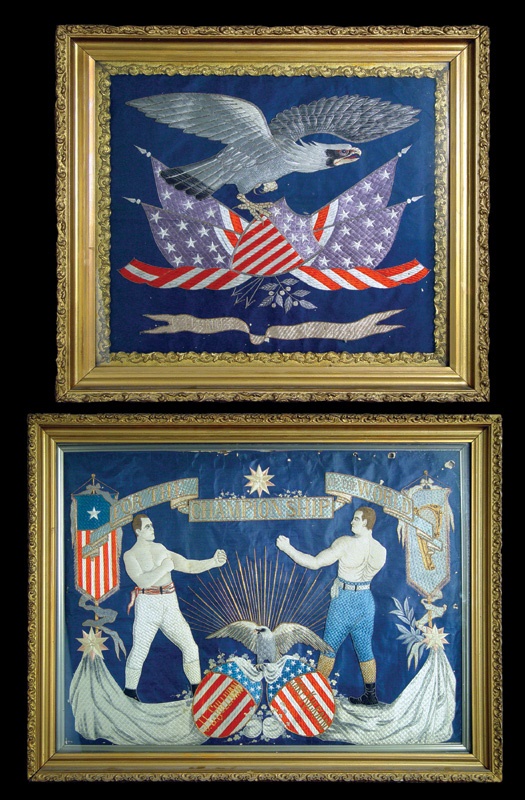 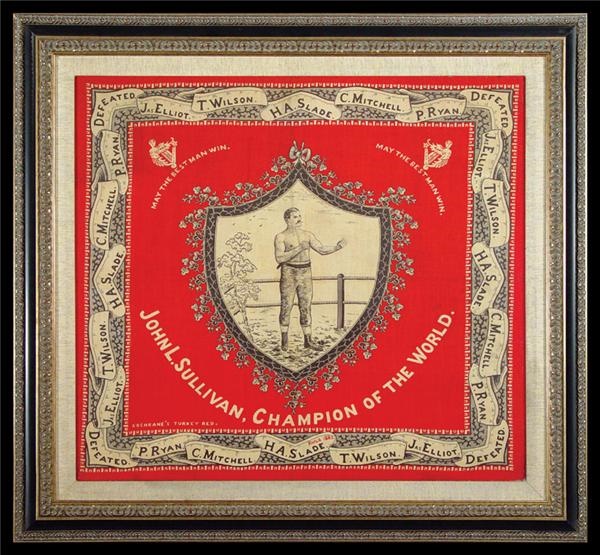 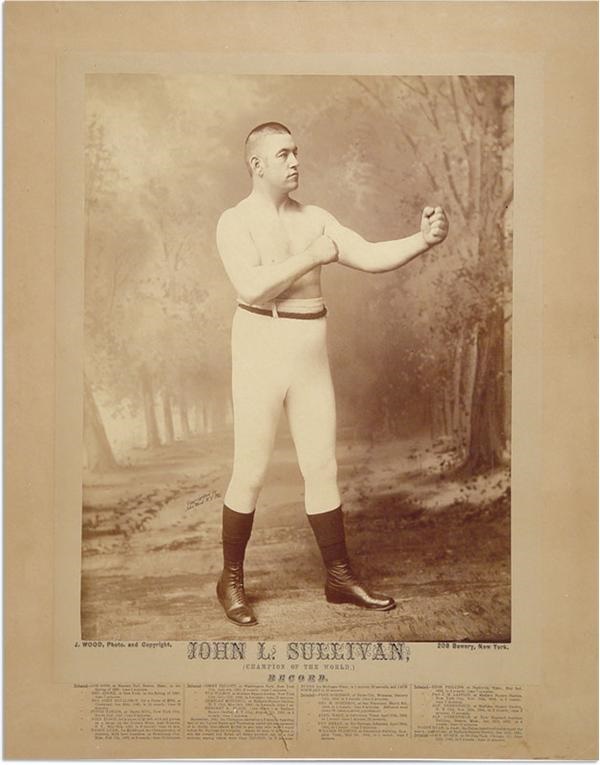 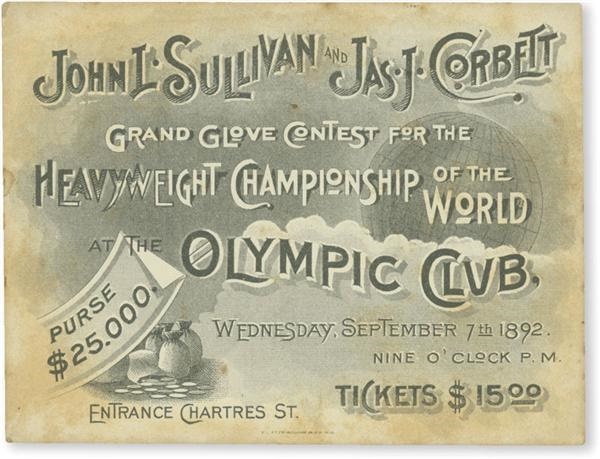 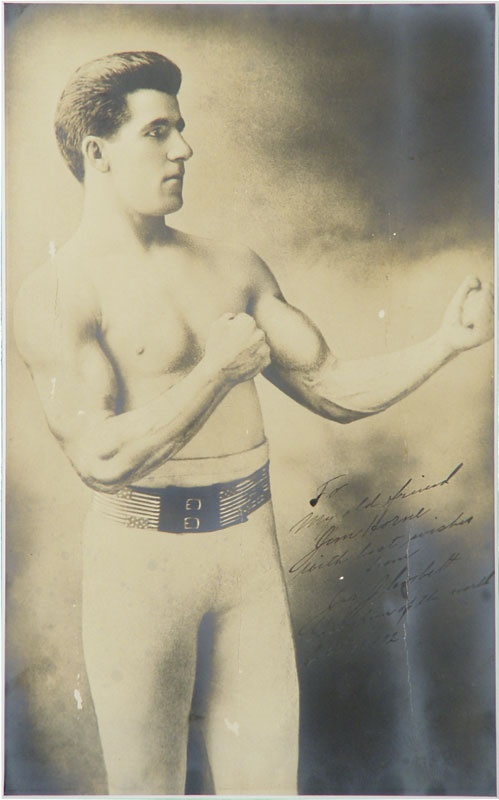 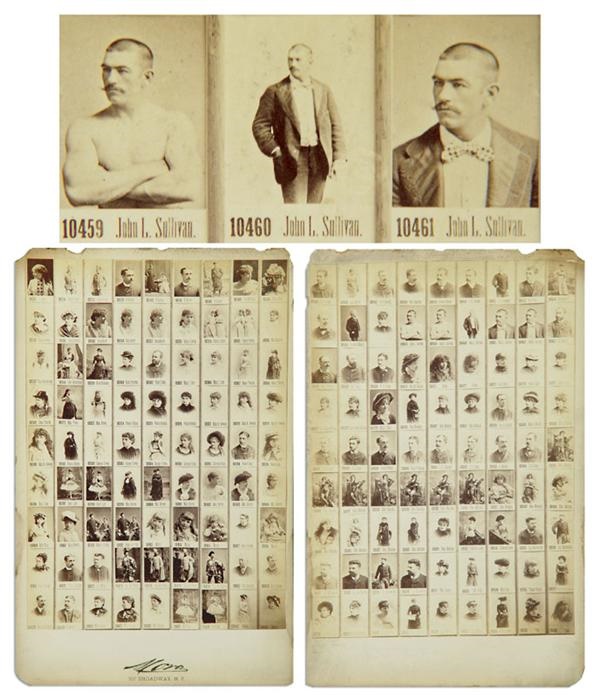 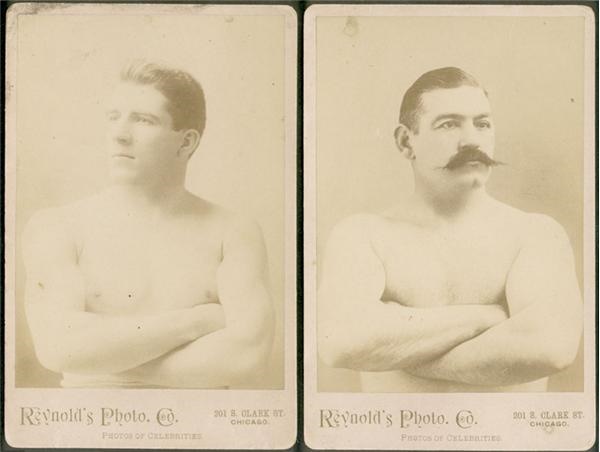