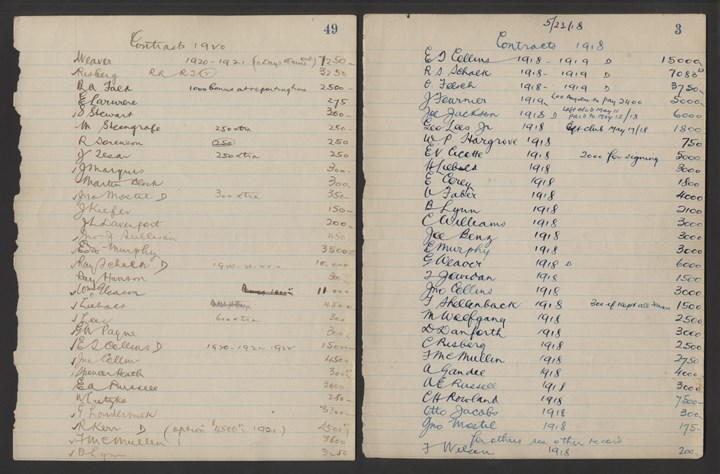 <p>Here is a piece of baseball infamy. The 1918 and 1920 payroll ledgers from Harry's Diary. Harry Grabiner was the Chicago White Sox General Manager and owner Charles Comiskey's longtime confidant. His "diary" is considered the Rosetta Stone of the Black Sox Scandal. These two handwritten pages contain the salary of White Sox players including those involved in the scandal. Joe Jackson, Buck Weaver, Eddie Cicotte, Claude Williams, Swede Risberg, Happy Felsch, Fred McMullin and Chick Gandil are all on the list. Every player's salary is listed including Hall of Famer Eddie Collins, who makes $15,000 in both 1918 and 1920 while "Shoeless" Joe jumps from $6000 to $8000. This is part of one of the most significant documents of the scandal. Each sources from the estate of Bill Veeck and comes with a signed LOA by Bill's wife, who states that both documents were used in the book "The Hustler's Handbook". PSA LOA also included.</p><p><span style="font-size: medium; font-family: 'Times New Roman';">2019 marks the 100th Anniversary of the most infamous scandal in sports history. The 1919 World Series was the scene of the crime, the culprits were eight members of the Chicago &ldquo;Black Sox&rdquo; and the crime was game fixing. Shoeless Joe Jackson and seven other members of the &ldquo;Black Sox&rdquo; were subsequently banned from baseball three years later and that ban still stands to this day. On this Anniversary, Lelands is privileged to offer a comprehensive collection of memorabilia related to the 1919 World Series teams including a Joe Jackson PSA certified signed document, 1919 World Series tickets, 1919 White Sox season pass, Type I photos, handwritten letters, autographs and much more. Lelands has devoted an entire category in the 2019 Fall Classic to this collection, so go check out &ldquo;The Black Sox 100th Anniversary Collection&rdquo; today!</span></p> 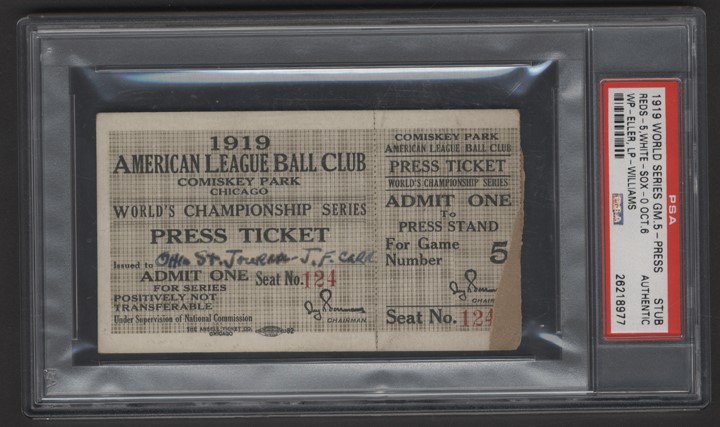 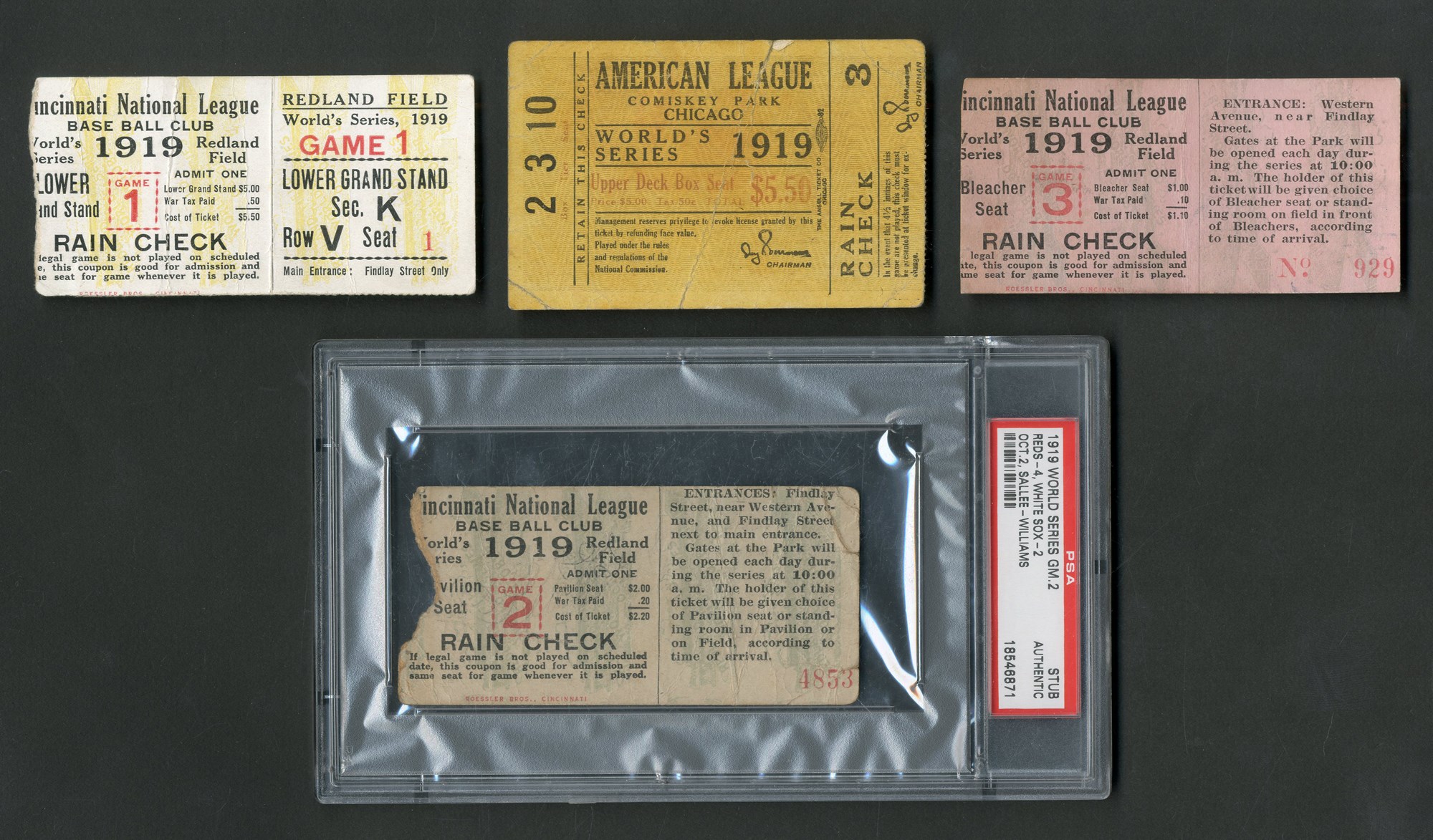 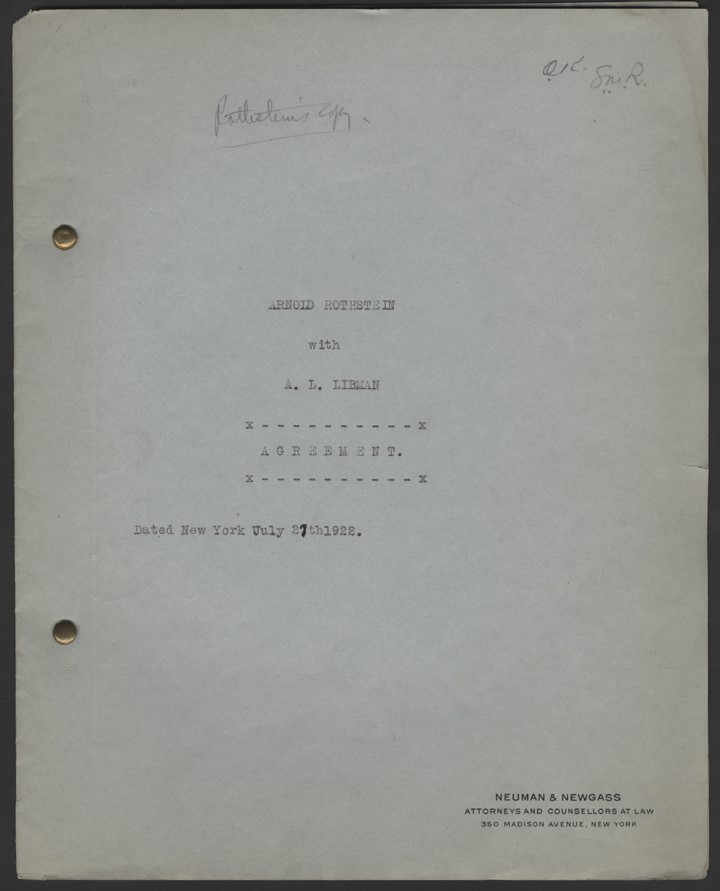 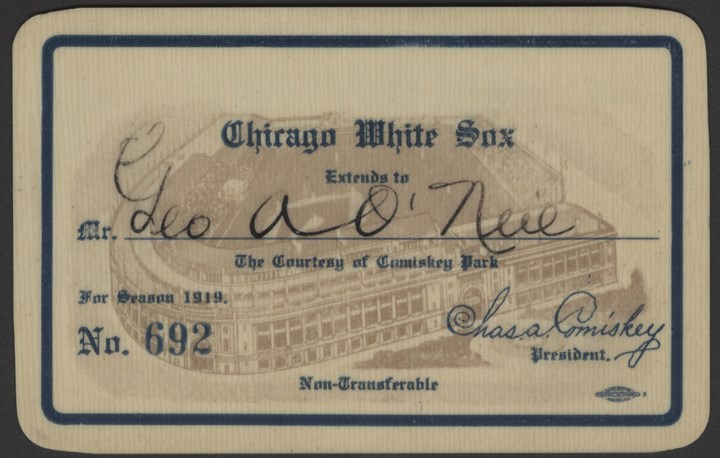 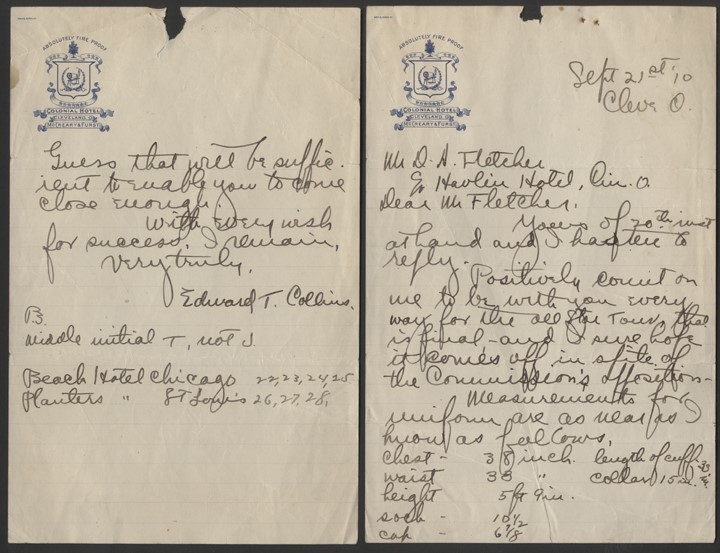 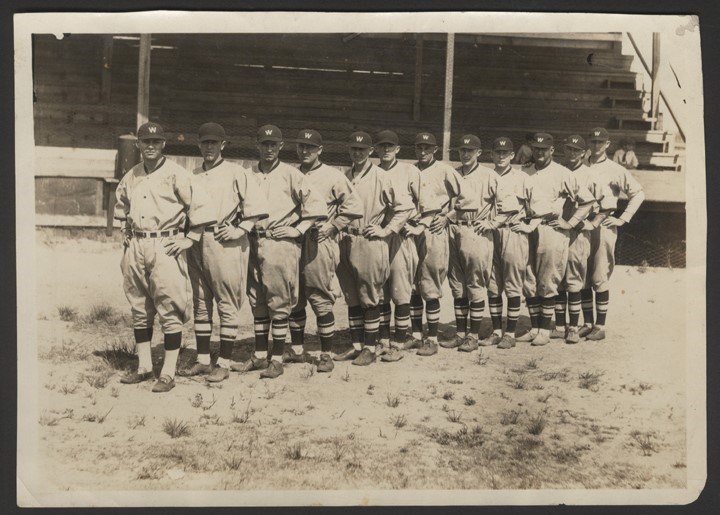