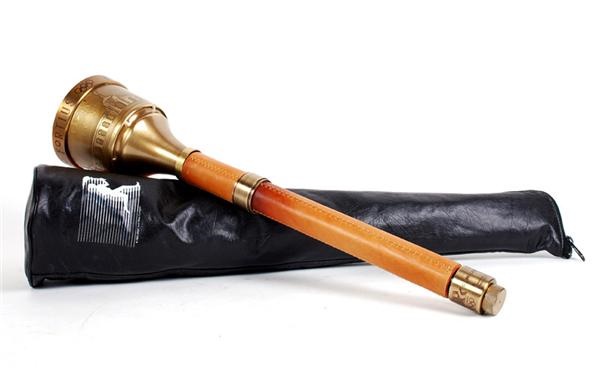 An original Olympic Torch from the XXIII Olympiad, Los Angeles, 1984. The first torch was lit at the United Nations in New York City on May 7, 1984 and then relayed to Los Angeles by 3,636 runners. There, the final torch was carried by decathlon great Rafer Johnson, who lit the Olympic flame on July 28, 1984, opening the XXIII Olympics. The torch is constructed of brass and leather, 23” long. Inscribed with the Olympic motto, “Fortius, Citius, Altius” , 5-ring Olympic logo and an exterior view of the Los Angeles Memorial Coliseum. Also inscribed “Games of the XXIIIrd Olympiad LA 1984”; and at the bottom, “1983 LAOOC Turner Ind; Inc, Irwindale, Ca.” There is some light bubbling on the surface towards the top. It is unused, in original zippered leather case with Olympic insignia. 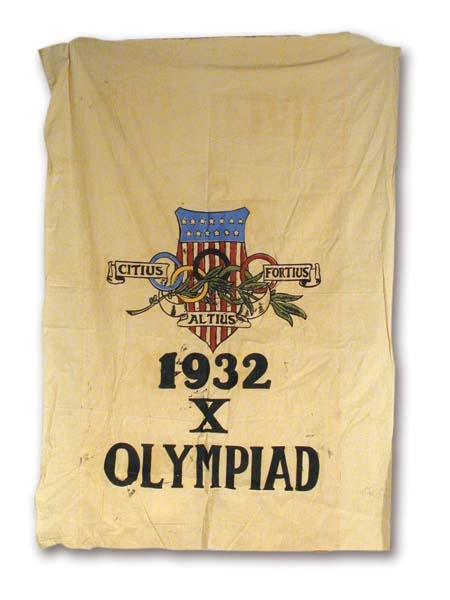 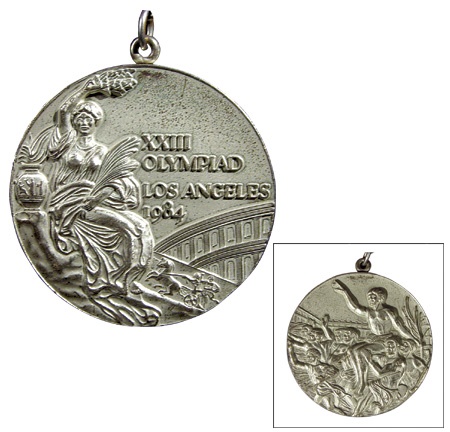 1984 Silver Medal from the Games of the XXIII Olympiad 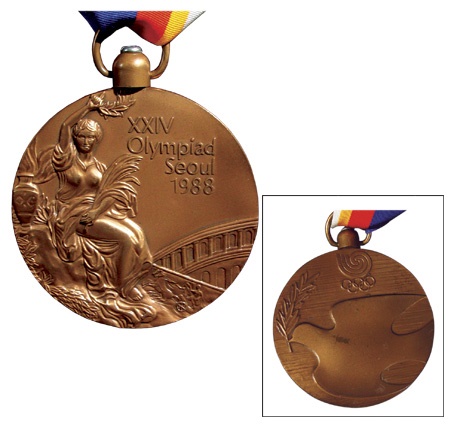 1988 Bronze Medal from the Games of the XXIV Olympiad 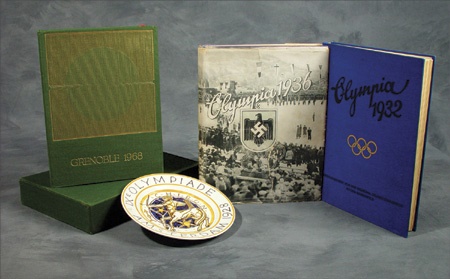 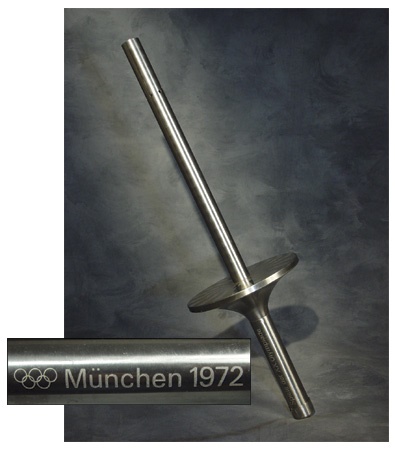 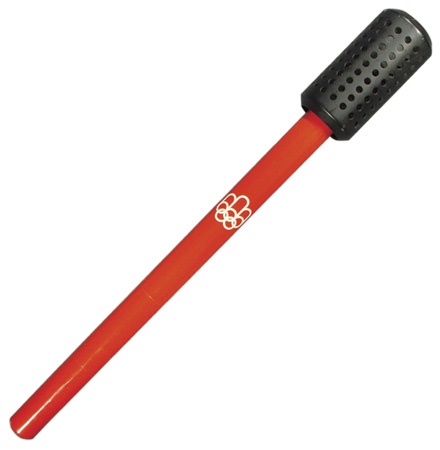 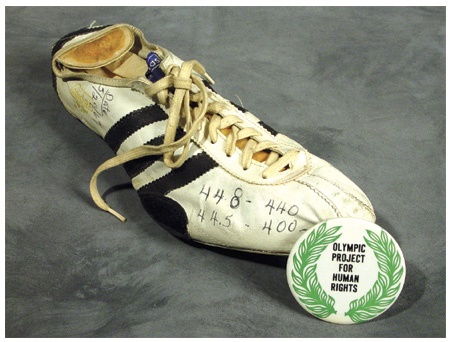 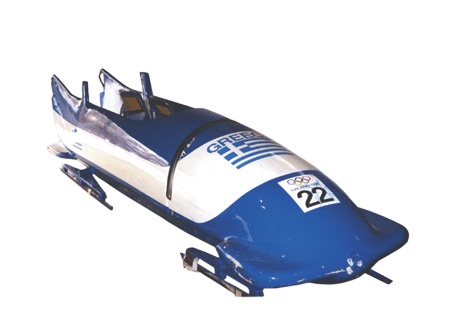